Benetti has launched superyacht Incontatto, a Benetti Tradition Supreme. Not much is known yet about the yacht, which we expect is either hull BK003 or BK004. She was launched at Benetti's Viareggio location on the 16th of February. 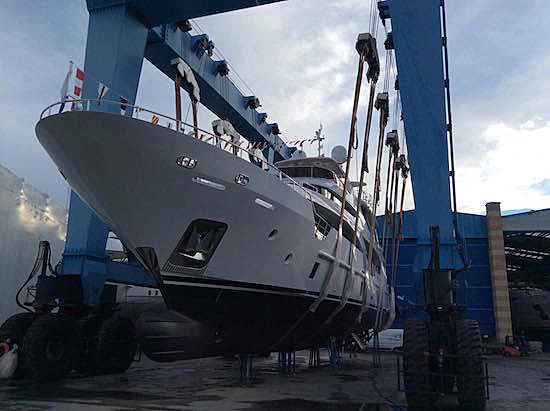 The Benetti Tradition Supreme is designed by Stefano Righini, and features three decks as well as a well equipped sun deck.

The Benetti Tradition Supreme is a new entry level yacht in the Benetti Class Range Displacement line, the first in the line was introduced at the Cannes show in September 2014.

Due to confidentiality agreements, Benetti could not confirm the launch, or the actual hull number of the project.