Following her launch in August Italian yard Benetti has announced the delivery of the 46.95-metre motor yacht Bacchanal to her owner, a repeat customer of the yard from Mexico, in a ceremony which took place in Viareggio on 5th November. 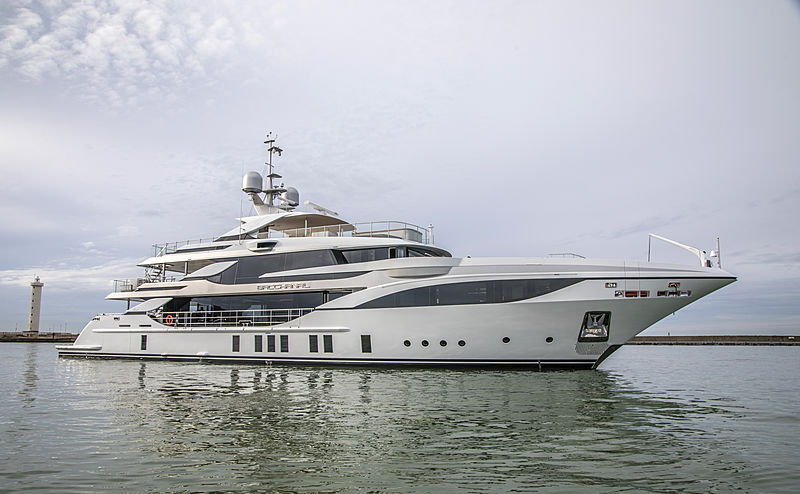 Photo: Benetti SpAThe 46.95-metre vessel has a GT of just under 440 and features in-house exterior design and interiors by Benetti's interior style department in collaboration with the Mexican architect Mauricio Gómez de Tuddo.

The interior design is characterised as having an 'international feel' and is full of unique furnishings by Italian brands, including Minotti and Paola Lenti, as well as Giorgetti, Rimadesio, Poltrona Frau and Exteta. Dominated by the use of teak, the interiors also feature a metallized grey that is reminiscent of parts of the superstructure. In the guest bathrooms, the use of white Thassos marble is contrasted with the presence of black granite.

During the delivery ceremony, Bacchanal's new owner commented, “After my first Benetti in 2015, I came back to work with a team that, in my opinion, has realised one of the best yachts in the world. I’m happy that everything has been the result of masterfully orchestrated teamwork and that all my ideas and wishes were welcomed.” 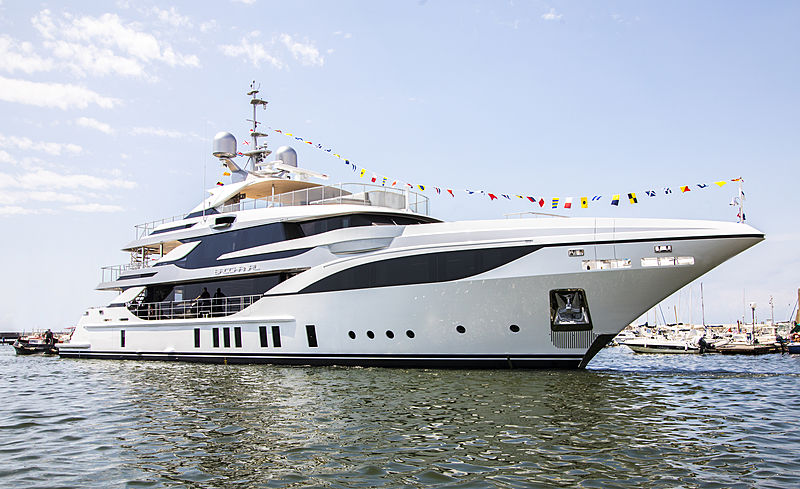 Photo: Benetti SpAWith a total of four decks, Bacchanal accommodates up to 12 people across six staterooms, as well as housing a crew of up to seven across five cabins. On the owner's request, the layout has a 'deliberately uniform approach' , with the spacial configuration aiming to remove the boundaries between interior and exterior spaces.

Two VIP and two additional guest cabins can be found on the lower deck - where crew quarters are also located - with the captain's accommodation and a third VIP cabin on the upper deck. The full-beam owner's suite with its own private study is on the main deck.

A custom, mosaic-lined swimming pool is located in the bow area of the sundeck, which also features ample space for relaxation thanks to the presence of sunbeds and a dining table for up to 12 guests. In addition, a dumbwaiter connects all decks for ease of accessibility.