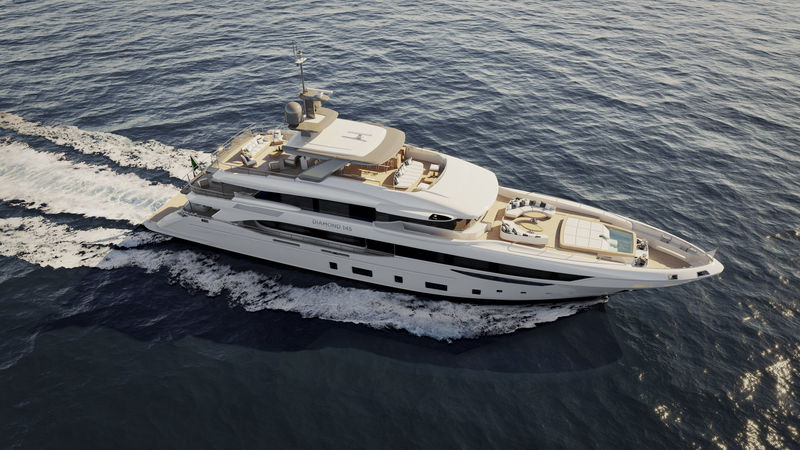 Photo: Benetti Spa High bulwarks and a long reverse sheer line presuppose safe and comfortable cruising while at the same time maintaining the power and stability found in Benetti’s other Class displacement yachts. 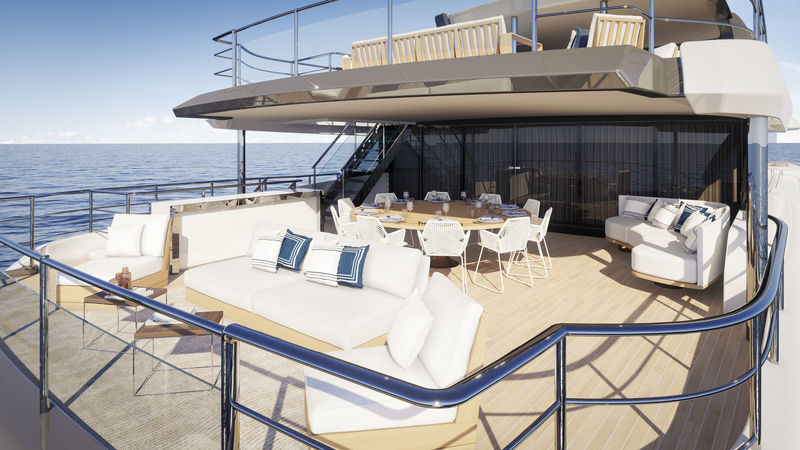 Photo: Benetti Spa “The distribution of the settings and layout is based on meticulous optimization of the available space,” says designer Giorgio M. Cassetta. “My team and I have researched each detail for three years to create a yacht that is both extremely luxurious and immediately practical.”

Achille Salvagni will handle the interiors onboard the Diamond 145’, which are to be accessed by two oversized stairways located on the main deck to stern. Once aboard, guests will find a large main saloon and fully glazed main lounge with seating areas and a formal dining setup. 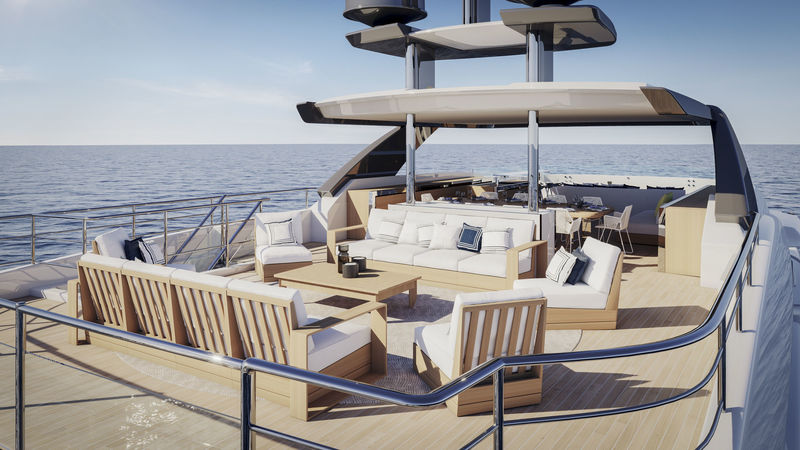 Photo: Benetti Spa Also located on the main deck, is the forward-facing full-beam master suite, complete with study and en suite. Four double staterooms are located on the lower deck bringing the total number of overnight guests to ten. For greater guest flexibility, Benetti has opted for the possibility of replacing the captain's cabin with a fifth guest cabin situated on the upper deck. 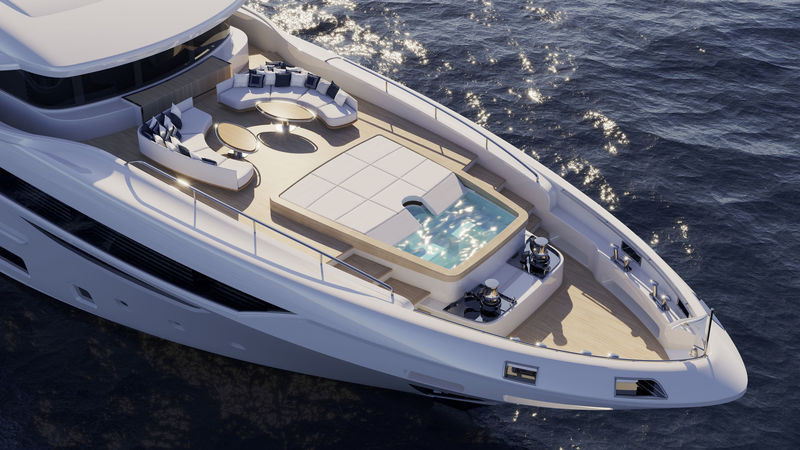 Photo: Benetti Spa Outside spaces onboard include a beach club at the stern and a large outdoor zone on the upper deck where guests will find a lounge and spacious piloting area in addition to a large bow area. Reportedly the ‘largest on the market’, the bow area measures 70 square metres and includes large sunpads and custom pool. A hardtop protects guests lounging on the sundeck, which can be completely customised to an owner's tastes, from the elements. 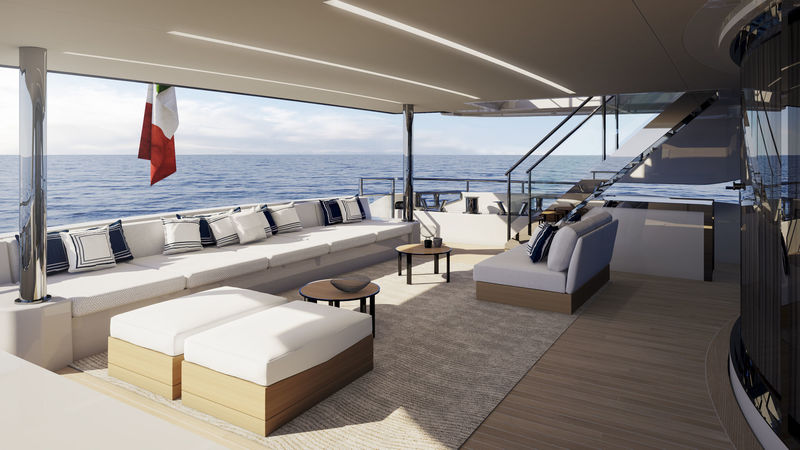 Photo: Benetti Spa Twin 1,400 hp MAN engines will power the superyacht to a top speed of 15 knots while at a cruising speed of 11 knots, Diamond class vessels will have a bluewater range of 3,800 nautical miles. 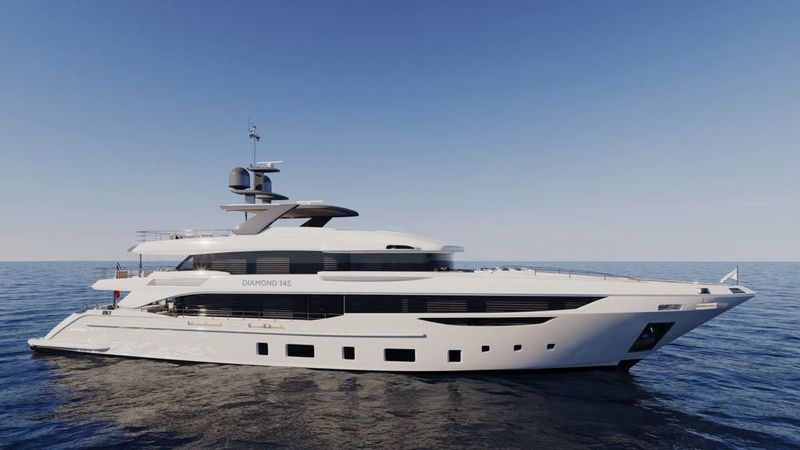 Benetti released two new yacht designs in addition to the Diamond 145’ at the Cannes Yachting Festival 2018.