The Mediterraneo 116 unit BM006 features an exterior design by Giorgio M. Cassetta to match Benetti’s in-house interior. With her four decks, she can accommodate up to ten guests and seven crew. The main deck is home to the owner’s stateroom, which is decorated in light and dark shades of wood, and features a study and ‘his’ and ‘hers’ bathroom separated by a large central shower.

The spacious sun deck features glass handrails as well as on the upper deck, which also features a Jacuzzi. Guests can also enjoy the main-deck living area with comfortable sofas and a dining area with a table that can seat ten. 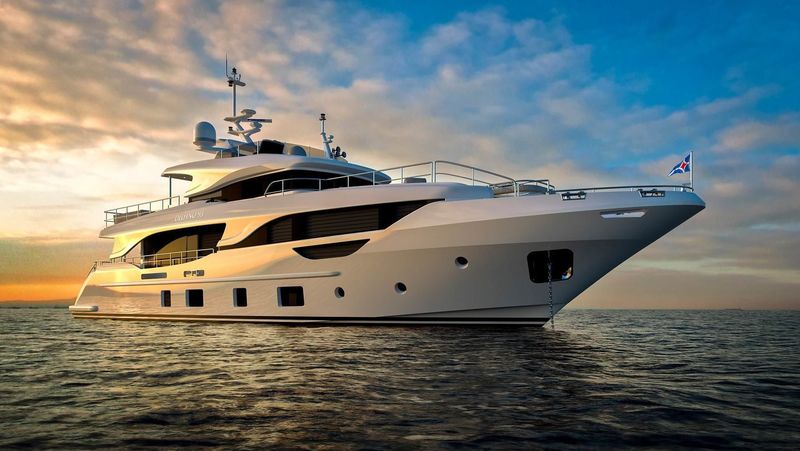 The second sale is the Delfino 95 BD106 which, like the aforementioned BM006, also boasts an exterior design by Giorgio M. Cassetta and interiors by the Benetti interior style department. She has four decks and can accommodate eight guests on the lower deck in two VIP staterooms and two guest staterooms. A crew of five can be accommodated in three cabins. The owner’s stateroom is situated in the bow area on the main deck.

The upper deck has a swimming pool in the bow section, and the sun deck features a second helm station. Powered by twin MAN V8 engines, she can reach a range of around 2,400 nautical miles at a cruising speed of 10 knots.