Beschier Kik recently joined the board of WhisperPower BV. In his role as Commercial Director, Kik will help the company develop into a global player in the field of power and propulsion systems in close cooperation with general director/owner Roel ter Heide. 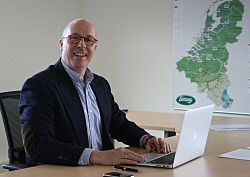 Roel ter Heide is the founder and former director/owner of Mastervolt, a renowned diesel generator and power system company. Established in July 2007, WhisperPower has since mid-2010 been serving the maritime market with an extensive range of advanced power systems previously sold via the Mastervolt network.

WhisperPower’s sister company Hybrid Power Systems BV was established in 2010. It focuses on the development and production of hybrid systems for vessels and vehicles which are sold globally via WhisperPower’s commercial network. The WhisperPower Group has fifty employees in the Benelux region, the UK, Spain, Germany, Australia and China, and its products are sold in over fifty countries.

Beschier Kik is a well-known name in the maritime world. After a technical and managing career at Bolnes Diesel Motoren and Yanmar Europe, Kik held various positions at Vetus NV before becoming CEO in 2000. After leaving Vetus in 2008, Kik spent the past two years as a key consultant at various companies in the Netherlands and abroad in the field of commerce and management.

“I have known Roel ter Heide as an industry colleague for some twenty years and we have always had a good relationship,” Kik comments. “As we are both full of ideas and have a strong drive, it seemed natural to approach the further expansion of WhisperPower together. It is a very interesting challenge as WhisperPower’s field of activity is very familiar to me and its ‘mechatronics’ product range, including diesel engines, is state of the art.”