As Artificial Intelligence (AI) and Machine Learning (ML) has moved from science fiction to everyday fact, industries are starting to scale up from experimentation to implementation. In the long term, the benefits promise to be transformational as Big Data will allow early adopters to not only reduce costs, streamline operations and better manage risks, but also fuel innovation.

“The potential for impressive and boundary-pushing progress across all aspects of yachting is at our fingertips,” says Jeff Bowles, director of the naval architecture firm DLBA in the US. “Even Volvo Penta now has self-docking capability on its IPS systems, which ten years ago was only for the most expensive Kongsberg-equipped vessels ... we believe it offers significant advantages.” 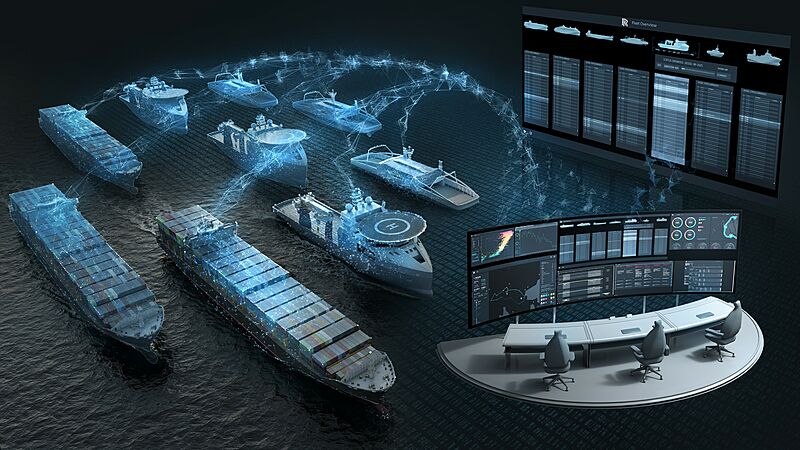 Photo: DLBA
DLBA is today owned by Gibbs & Cox, which specialises in the design of surface warships. Theodore Mordfin is technical director of unmanned systems at Gibbs & Cox and was part of a group responsible for recently securing a US$35 million order with the US Navy for the design and fabrication of a Medium Unmanned Surface Vehicle (MUSV) prototype. He is also a member of the DLBA team researching a 58-metre autonomous yacht concept called Tempo. Mordfin foresees an autonomous navigation system as a data-enhanced extension of the automatic pilot mode.

“In a yachting context, autonomous navigation systems would fuse data from onboard sensors and information sources like GPS, radar, AIS [Automatic Identification System], electronic charts, weather information systems and video cameras to navigate more safely and efficiently,” he says. “The crew would still maintain a presence while the vessel guided itself, but the reduced level of focus and stress required for navigation would result in higher situational awareness and fewer accidents or breakdowns due to human error.” 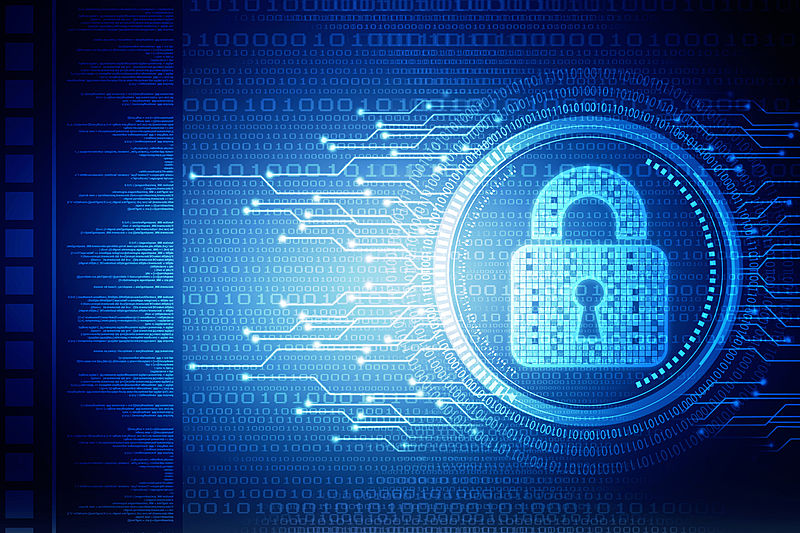 Big Data will open the gateway to ML and predictive or condition-based maintenance. Scheduled surveys often bear no relation to the actual condition of onboard equipment. Using sensors to monitor, capture and analyse data from multiple systems in real-time, ML can provide diagnostics and prognostics in advance, allowing for correction before potential faults occur and maximising the owner’s use and enjoyment of the vessel.

Joseph Adir is the founder and CEO of WinTech.AI who coined the term ‘intelligent superyacht’. He is developing an open-source solution derived from a military AI platform for superyacht businesses to interface with their monitoring, data logging and integrated solutions. He points out that predictive maintenance not only increases the reliability and availability of the yacht, but also the asset’s longevity.

“Scheduled maintenance is driven by the OEM [Original Equipment Manufacturer], who is often motivated to sell more spare parts because it makes more money that way,” he says. “Predictive maintenance, on the other hand, tells you the actual condition of components – from a water pump to an entire propulsion system – and what needs to be done to prevent failures or breakages. That means expensive equipment lasts longer.” 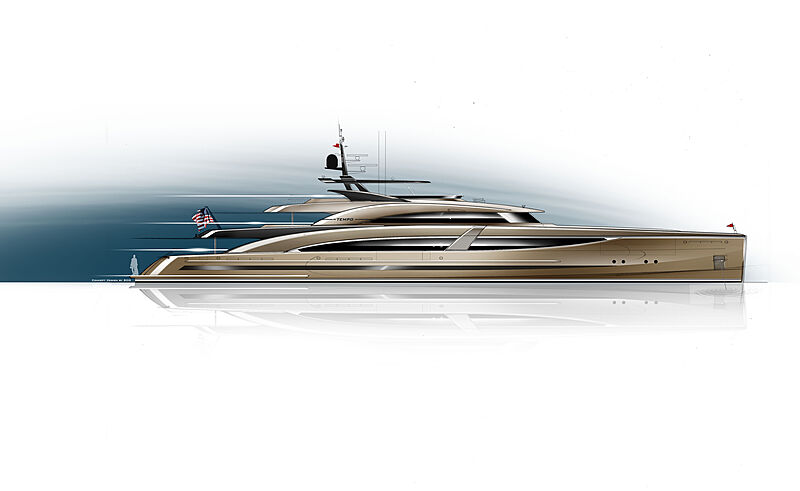 Photo: DLBAAI also has the potential to benefit the yacht building business, but shipyards are lagging behind other sectors in adopting Industry 4.0, the ongoing transformation of traditional manufacturing and industrial practices combined with the latest smart technology. Adir believes a decisive shift is required to incorporate Big Data into the core of the design and engineering process.

“The reality is that there’s no shortage of data on superyachts, but it’s being used for manual monitoring and then disappears,” says Edwin Edelenbos, an independent AV/IT consultant. “We can’t start talking about AI and ML until we start capturing, mining and analysing Big Data, but we’re not seeing that happen in the superyacht industry to a significant extent.” 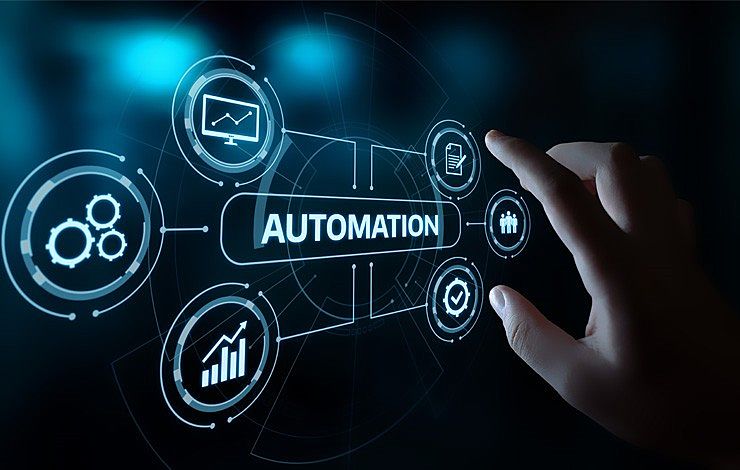 One shipyard that is taking Big Data seriously is Oceanco. The Dutch builder is already collecting data from its yachts to enable predictive maintenance, and also looking beyond to the building and commissioning process.

“Our ultimate aim – or Big Hairy Audacious Goal, to coin a phrase – is to build virtual copies or digital twins that can simulate the real-life performances of future projects,” says Jaap Kouwenhoven, Director of Knowledge & Innovation at Oceanco. “The main challenge is determining how much data you need as a minimum and the rate of sampling required, which varies from sensor to sensor. The lack of high-speed, reliable and secure connectivity at sea makes live streaming of terabytes of data by satellite to the Cloud unfeasible, so we have to work out how much comparative data we need, how much we can stream and how much has to be stored onboard to be downloaded later.”

In the short-term, Edelenbos foresees a phased approach whereby smaller amounts of information outside the realm of Big Data are used to intelligently improve signal-to-noise ratios, thus increasing ease of use and safety while reducing stress and information overload from buzzers and alarms going off all the time.

“I believe there is truly a place for AI in yachting,” says Edelenbos. “Superyacht owners want to have the latest and greatest on board, but at this point in time, they don’t have it. Soon enough the new generation of tech-savvy owners will realise their yachts are not equipped with the latest intelligence and they will start to demand it.”

Although much of the AI technology is already available, regulation is moving at a slower pace. Autonomous ships are an area of special interest for the International Maritime Organisation (IMO), which has launched a regulatory scoping exercise to analyse the impact of self-driving vessels. The extent of regulatory change will depend on the level of autonomy and Lloyd’s Register, for example, has already published classification guidance for six autonomy levels. Maritime law is one of the oldest legal systems in the world that has successfully adapted from sail to steam and beyond, so no doubt it will accommodate ‘fly-by-wire’ autonomous vessels in the future.

This is a shortened version of an article first featured in The SuperYacht Times newspaper. Subscribe now to receive your copy straight to your door and never miss another issue.

Tech 101: The story of AI and hull development at Olesinski Design