The third unit of Bilgin Yachts’ 80-metre Bilgin 263 range has arrived at the West Istanbul Marina this week for outfitting. Built on speculation following the success of the first two hulls, NB78 is due to be delivered to her owner in 2022. 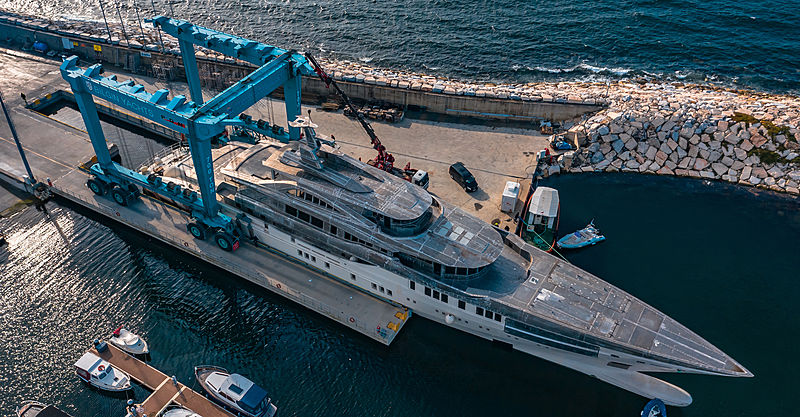 Photo: Bilgin YachtsHaving penned the design for the Bilgin 263 range, Unique Yacht Design has created a new layout for the third unit, which includes larger living areas and windows in the staterooms, a longer top deck, a waterfall Jacuzzi and forward owner’s suite. The studio’s CEO and Founder, Emrecan Özgün, describes the changes to her design to be: “Truly one-of-a-kind. We created a very attractive yacht with a sleek and sexy profile while avoiding a high dosage of design clichés. The exterior of the NB78 has vertical front glasses that create harmony between the superstructure and windows. Additionally, we increased the volume of the windows in the guest cabins. The top deck - with a more flowing design - has become larger in the aft section and as a result, the top deck has turned to be 3.5 meters longer. Following that, we also enlarged the aft part of the upper deck for around two metres. While we designed a Jacuzzi in the aft on the first two hulls, the third hull has a waterfall design from the upper deck to the main deck’s Jacuzzi.” 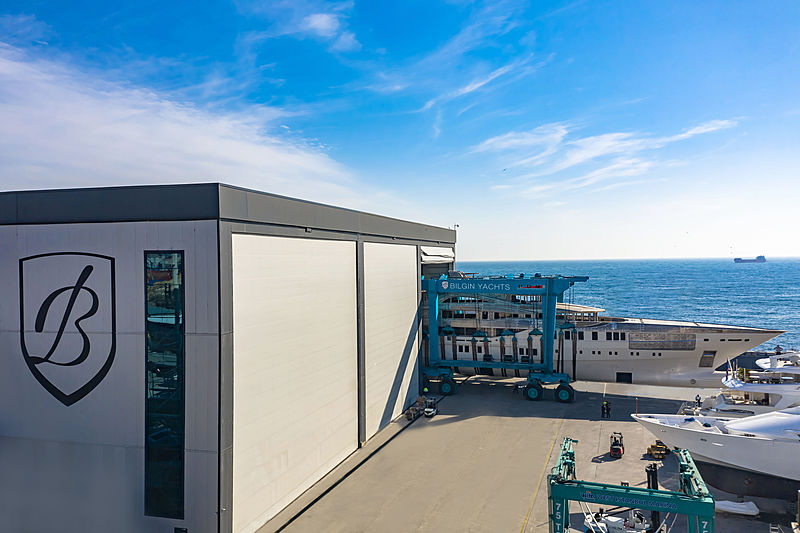 Photo: Bilgin YachtsDecorated in a light and rich colour palette for a contemporary feel, the NB78’s layout also features the wheelhouse on the top deck level rather than the upper deck and the owner’s suite relocated to the upper deck forward. All decks are connected by a circular staircase in the heart of the yacht and a glass surrounded elevator.

Photo: Bilgin YachtsThanks to a special exhaust system, the NB78 will emit 100% clean air emissions and has been built in compliance with IMO Tier III, making her one of the most environmentally-friendly yachts in her class. Powered by twin 2,560 kW engines, she will be able to reach a top speed of up to 20 knots, while her 15 knots cruising speed keeps her fuel consumption to 250 litres per hour. 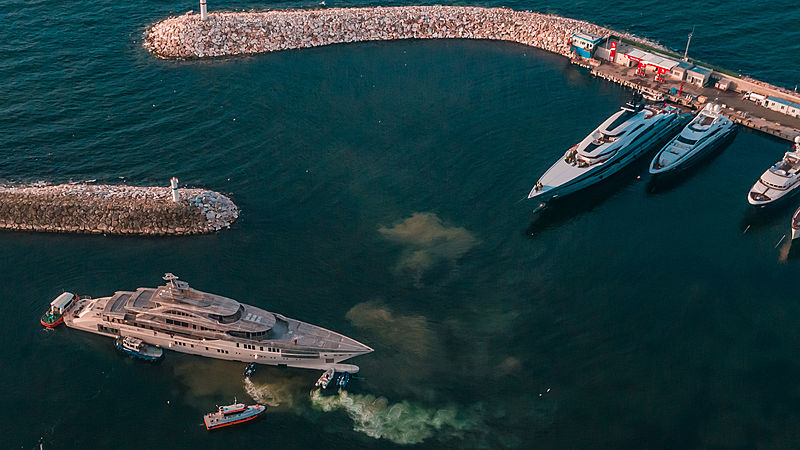 Photo: Bilgin YachtsBilgin Yachts are also due to start construction on a new 85-metre order in May 2020 with delivery set for 2023. In 2022, both a 74-metre Bilgin 220 and a 50-metre sub-500 GT are to be completed on speculation to designs by Unique Yacht Design.