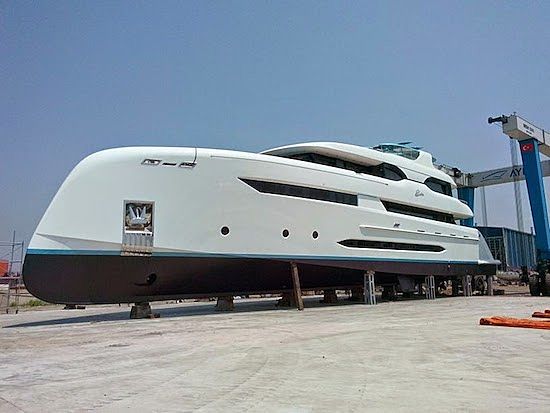 With both exterior and interior styling from H2 Design, the yacht features a version of the vertical plumb style bow for a more aggressive look, whilst maintaining a full five cabin layout with a large owners suite aft on the bridge deck, and a large VIP cabin forward on the main deck. Four more guest cabins can be found on the lower deck.

Special features include a large lounge area on the foredeck, complete with a Jacuzzi.

The yacht is powered by twin 1915 hp Caterpillar engines, which provide a top speed in the region of 20 knots.