Wednesday evening the much anticipated 92m Blohm & Voss Mayan Queen IV (project Safari) was launched. The yacht is designed by Tim Heywood for a Mexican owner who previously owned a Feadship. It appears that her hull is painted in two different tones of grey/silver, as we have seen before on the 72m Heywood designed Kogo. 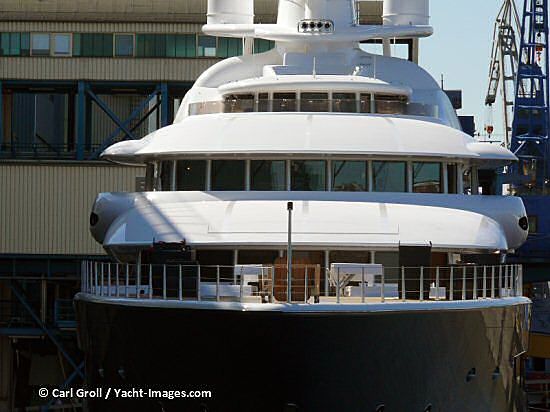 After the launch of the 123m A (project Sigma / SF 99) in January, Mayan Queen IV is the second yacht in a new series of contracts for Blohm & Voss, after they had ceased superyacht construction in the early nineties. Next up will be the 94m hull 971 in 2009, followed by the 162m Eclipse in 2010. 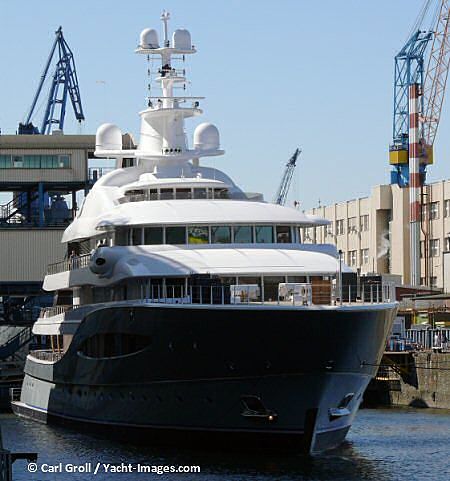 Mayan Queen IV will conduct sea trials soon, stay tuned and contact us if you have new photos or more information on Mayan Queen IV.