The U.K. charity Blue Marine Foundation has begun the New Year with the announcement that their campaign for the protection of the Atlantic’s Ascension Island’s waters has been successful after over a year of hard work and dedication. A marine reserve measuring 234,291 kilometres will be constructed around Ascension Island, and will see over 50% of Ascension’s waters closed to fishing. 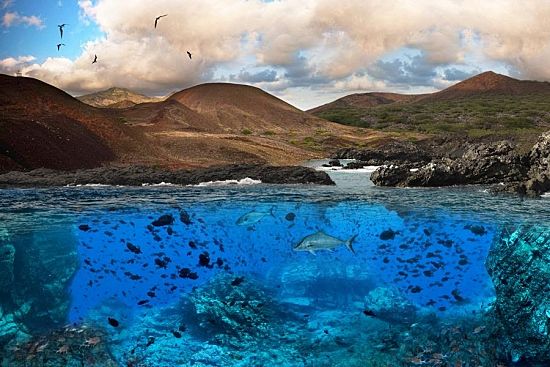 Furthermore, the grant awarded to the conservation program will be used to monitor and enforce the closed area with a combination of satellite and patrol boats, to police a tuna fishery in line with the best international standards, and to carry out scientific research to scope the final boundaries of a marine reserve which could be declared, subject to local agreement, as soon as 2017.

Clare Brook, BLUE’s CEO, said, "Everyone at BLUE is hugely excited to have secured such a large and significant marine reserve in the middle of the tropical Atlantic. It is a fitting reward for months of hard work by the team, our partners in the GB Oceans coalition, our founders, our ambassadors and our donors.

"In the coming year we will ensure not only that the newly declared closed area is effectively monitored, and that the fishing zone is managed to best practice, but that the UK government recognises Ascension’s significance as a territory. We want to help Ascension benefit from its extraordinary marine life by encouraging more scientific expeditions and eco-tourism."

The closed area will comprise everything within 50 nautical miles of the island and everything south of 8 degrees south. The area has been selected to create a buffer around the important inshore areas and includes seamounts which attract aggregations of vulnerable species, such as sharks.