Oceanco, the Dutch custom yacht builder, has commissioned BMT Nigel Gee, a subsidiary of the BMT Group, to begin work on designing its next generation of bespoke luxury yachts. This follows on from the huge success of the the existing LY2-based 700 platform over the past 18 months. 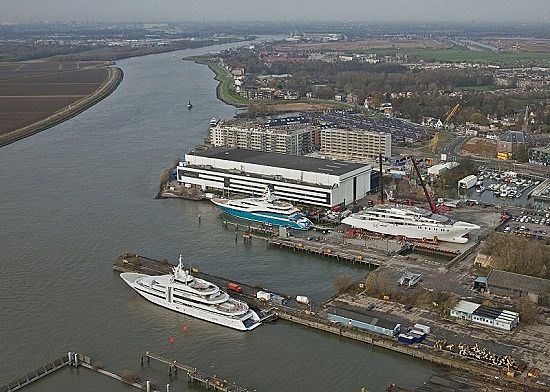 The 110m-120m platform, code named PA107, has been conceived with a focus on efficiency and environmental considerations. As a result PA107 incorporates a synergy of optimised hydrodynamics, a hybrid propulsion system as well as energy efficient technologies. Efficient and environmentally optimised these new super yachts will be designed with the highest regard for safety being fully SOLAS compliant for up to 36 guests.

A full series of model tests were undertaken at MARIN as part of the hull optimisation process, in which a top speed of 21 knots was delivered. The trials also recorded a cruise speed of 18 knots and a range of over 6000 miles at 16 knots.

In addition to conforming to the requirements of SOLAS, and the new Passenger Yacht Code, PA107 features no sea water ballast and utilises waste heat recovery systems integrated with a host of other green technologies.

This means that the design is fully compliant with the Maritime Labour Convention, MARPOL 12A for the protection of oil fuel bunker tanks.