BMT Nigel Gee, a subsidiary of BMT Group, has announced recent refurbishment and expansion activity at its offices in Southampton in order to meet a large increase in design work. Operating across four principal market sectors, the naval architectural practice delivers design and engineering services to specialised vessels in the commercial, yacht, defence and renewable energy markets.

John Bonafoux, Managing Director of BMT Nigel Gee says: “2012 has seen our company capitalise on investments made in the renewable energy market. Developing designs for windfarm support vessels as early as 2009, there are now over 18 windfarm support vessels under construction at six different shipyards in Europe and Asia. Of particular note is the recent launch of our XSS design from the Sepers facility in Holland. This 24m vessel features a hullform based on SWATH technology and offers improved seakeeping capabilities over conventional windfarm support vessels, thereby making it particularly suitable for longer transits to those windfarms further from shore.”

Trials have also been successfully completed on three more conventional 20m vessels; one in Europe and two in Asia. In the same vein the company’s patented Turbine Access System, a motion compensated access gangway designed to increase safety for personnel transferring from support vessels on to turbines, developed in partnership with Houlder, successfully completed trials in October at the Rhyl Flats windfarm off the coast of Wales. 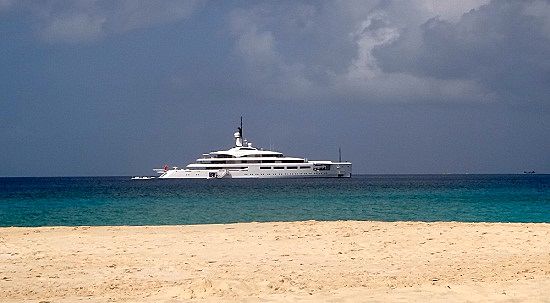 BMT Nigel Gee has also expanded its client base with increased activities in the large yachting market, both within refit and repair, as well as continued new build activities with some of the industry’s leading yacht builders. Current construction projects include both sail and motor yachts from 65m to 110m in length, whilst refit work has been undertaken on both classic and modern yachts. Most notable work completed in 2012 included the delivery of the motor yacht, Vava II from Plymouth - at 96m this is the largest yacht ever to be built in the United Kingdom.

In the defence market the team at BMT Nigel Gee continues to support a number of its sister companies within the BMT group providing structural and mechanical engineering services for two 200+m naval auxiliary tankers for the Canadian and UK navies. The market for high speed patrol vessels has also been very active with a new order for six 17m high speed patrol boats in Turkey.

The fall in demand for high speed ferries, which for many years was the company’s core business, has reversed and this year BMT Nigel Gee has been working on a number of new designs, including a 38m passenger ferry under construction in Eastern Europe.

Investment in R&D activities continues to underpin development of innovative engineering technologies such as the Turbine Access System. 2013 will see BMT Nigel Gee investing further in R&D activity including new hullforms aimed at improving efficiencies in the oil and gas market, where the company is focusing on additional expansion and has recently received an order for a number of high speed crew transfer vessels.

John Bonafoux, Managing Director at BMT Nigel Gee concludes: “Diversity has always been at the heart of our business and has allowed us to maintain a consistent workload. It’s a great moment to see our team and office facilities expand due to resilient growth in all of our markets for the second and third quarter of 2012. Our order book moving forward into 2013 remains strong – a true testament to the quality of design, engineering and attention to detail our team deliver.”