When it comes to the glory of recognition for any superyacht, it's easy to immediately look at the big, beautiful boat in front of you and praise the builder, the owner and of course the exterior designer. As we all know, however, building a superyacht is no easy feat, requiring a multitude of input and collaboration from a vast number of talented and experienced people. Unfortunately, it is often the case that it is the naval architects that fall short of praise. Sure, naval architecture isn’t the sexiest side of superyachting, but - without a shadow of a doubt - is certainly one of the most important. What good is a yacht, after all, that you can’t rely on to explore the world without a technical hitch? 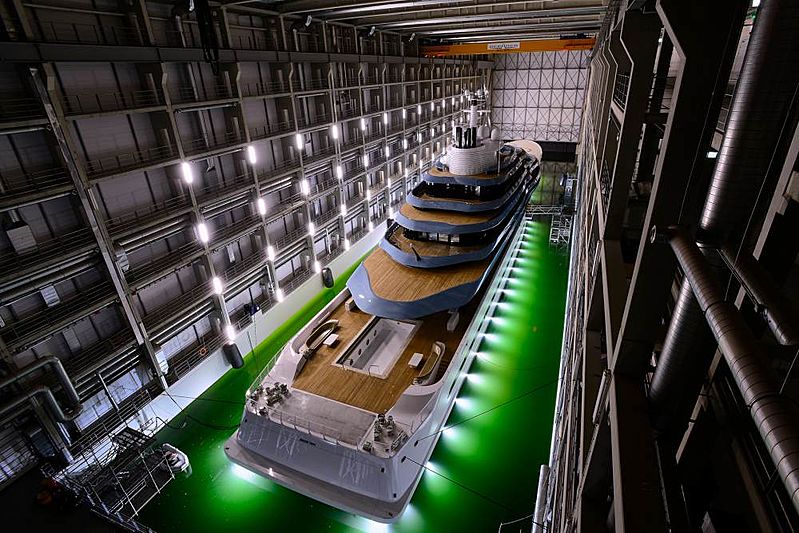 One company working on exposing the more attractive side of naval architecture is British brand BMT Nigel Gee. Having worked on some of the world’s most interesting projects, including the highly anticipated Y718 project at Oceanco who we stole a first glimpse of in February this year, BMT Nigel Gee entered the superyacht sphere in 1992. The 38-metre catamaran Chief Flying Sun marked their inaugural superyacht and, since then, their impressive portfolio of yachting projects has flourished. Here we talk to James Roy, Yacht Design Director at BMT Nigel Gee, who shows us that naval architecture can be just as exciting as their more popularised counterparts.

Since the heavy investment in superyachting just over 10 years ago, how is the business split?

Right now we have a team of 60 with around 30 working on superyachts. We operate in four markets: yachts, commercial ferries, offshore energy and specialised naval craft. We’re very happy with the 50/50 split between superyachting and the other sides of our business because we believe in diversifying the workload, which of course brings stability. The marine industry is not an easy one; there are highs and lows, projects die suddenly for unknown reasons and we have to be adaptable. Our diversity allows us to have that agility.

Your superyacht expertise lies in naval architecture and not exterior design or styling. Do you prefer to keep the professions separate?

I remember the first yacht project I was ever involved in. I was sitting with an interior designer and a team of naval architects, and there were these constant friction points between the engineer and the designer. A simple example; the engineer wants pillars in the room as it’s more structurally efficient, the designer obviously does not want that. It highlighted the challenge and I learned very quickly that it’s a healthy thing. These different perspectives achieve something at the end, which is more than any one of those parties could have achieved on their own. So, ultimately, it works in different ways. I can personally see the creative process from a designers perspective but I think that process needs a certain characteristic… engineering tends to be very methodical in order to achieve an optimum at the end, whereas design tends to be more abstract in the creative approach. There are companies that have those two things in house, but we like to keep it separate. 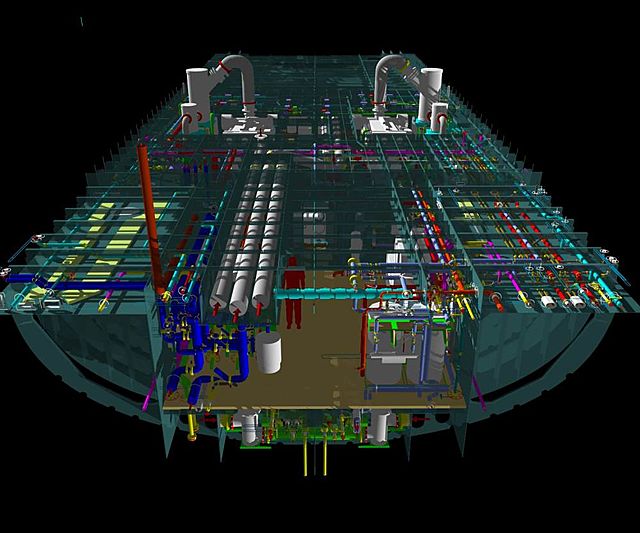 Naval architects are almost the unsung heroes of the superyacht industry. Can that be frustrating?

Our industry has a tendency to forget about the naval architects. These projects are all about collaborative work, and it’s not the creation of one entity. Our industry is quite bad at recognising that. I can understand it to a degree. Ultimately the overall look of the boat - which is seemingly what it is all about - has come from someone. I didn’t become a naval architect for recognition, though. I did it for the technical challenge and the creative side to the role. However recognition for one's work is an important part of building an effective and motivated team, and a strong brand.

How much creativity can you exercise within your projects?

There has never been a culture in our company to do things the way we have done them in the past just because ‘that’s the way’, or to not think outside the box. From my very early days as a fresh faced naval architect we were always encouraged to come up with new ways of thinking. We’ve done some really interesting superyacht projects, and some people just want something completely different which then of course allows us to be a little more creative in our work. A good example was the 83-metre Quattroproject. This was a client who came along and said: ‘I want a piece of floating real estate that I can move between nice locations. You’re naturally inclined to think that it needs to be boat shaped. We slapped ourselves around the face and we realised that this wasn’t the case: the brief didn’t say anything about it being boat shaped'. 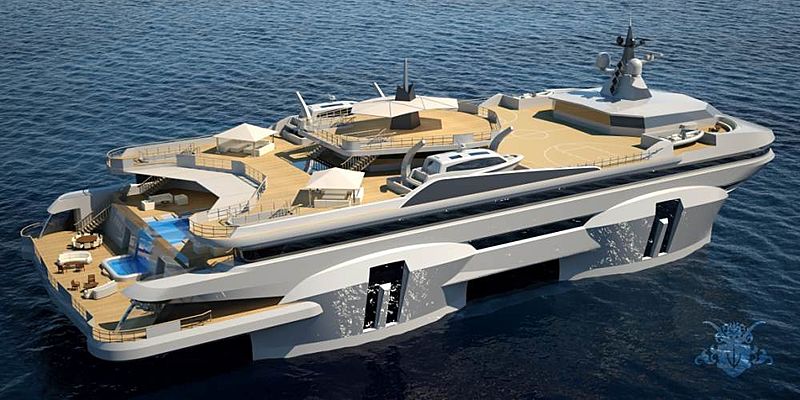 One of your most recent major milestones was the technical launch of the 109m Oceanco project Y718 in February. Can you tell us anything about the project?

This is quite a different project and we are looking forward to telling more about that after her delivery. The design spiral of most motor yachts tends to be a vicious circle: progressively more volume is added which equals more weight, which needs more power, which adds even more weight. Yachts tend to be designed from the inside out and the naval architect is left to wrap a hull and technical package around the design. In the case of Y718 we took a different approach, a more holistic design spiral that followed a virtuous circle. I say that the resulting yacht is virtuously efficient as a result.

Project Norse was showcased at Monaco 2016. Was that the last concept you released?

Yes. We sat down at Monaco with Oliver Stacey about three years ago and compared ideas, then two years ago we came up with a range of things we could do together, and one of them was something around sail-assist. We’re not sailing yacht naval architects, butNorse is not a traditional motor yacht designed from the inside out. It’s a boat designed to go exploring and to explore in a way that uses the wind. It gets you back to that virtuous circle again. 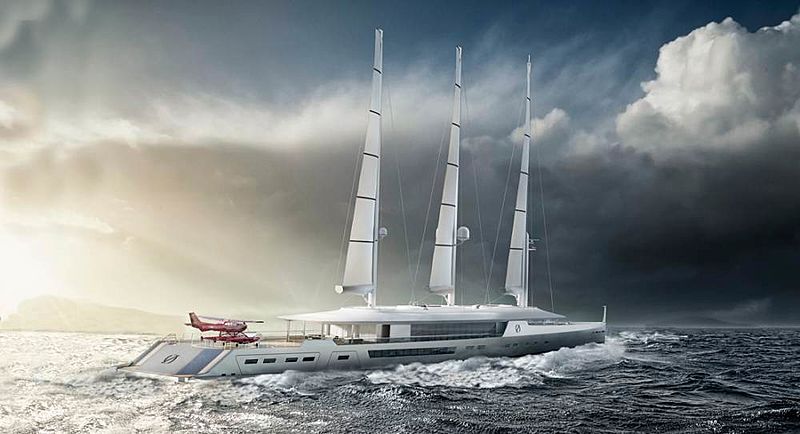 We had a bit of interest and enquiries following Monaco, but in some ways it’s a bit of a ‘Marmite’ boat. If you’re a sailor, you look at it and say, that’s not a sailing boat. If you’re a motor boat guy, you look at it and you say, that’s a sailing boat. However if you don’t have such preconceptions, and can grasp the beauty of long off wind passage making in remote areas using very little fuel then this could be the boat for you. In that context Norse might appeal to a new breed of owner.

With the development of so many cool concepts, is there a particular project you want to see come to life?

Most good ideas start by being stitched together through a series of other projects. An example is with the Quattro project: the seed that was planted on that resulted in us considering what if we didn’t have the commercial risks that often constrain ideas? Then we conceived Utopia. I was a bit disappointed actually… the design was so out there that I really expected someone to knock on the door and say, let’s go and develop this a bit further. That didn’t happen, but for me personally that was a project where I really feel that my creativity came out onto the page. Yes, it’s a radical project that is slightly ridiculous in its scale, but it’s perfectly technically feasible. It doesn’t conform to the norms of superyacht design but that is the project I would be most excited to develop. 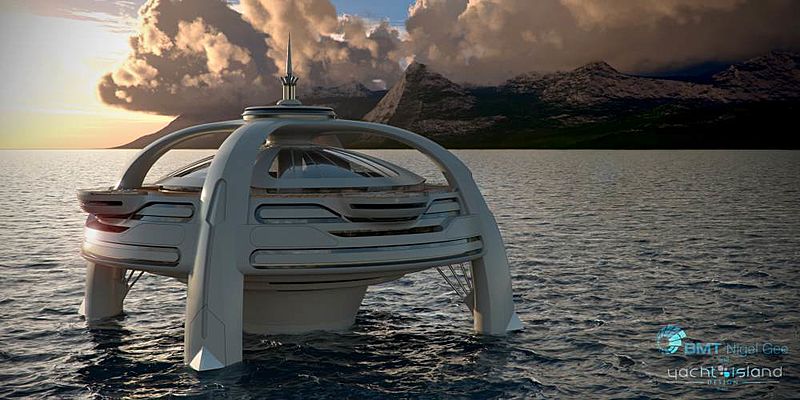 Where is the company headed in the next five years?

We’ve got a lot of projects in the 100+ metre category right now, and we’ve got a lot more coming. I can’t talk about all of them, but we do have a private yacht for an experienced and qualified owner over 200-metres which breaks new ground technically and aesthetically.

We will continue to follow our culture of promoting new ways of thinking on projects and collaborative working whilst bringing engineering insight through our diversity in other marine markets. With a new generation of superyacht owner coming into the market the years ahead present an exciting mix of change and opportunity and we will be adapting to meet those challenges.

This article was featured in the latest edition of the SuperYacht Times newspaper. Subscribe now to receive your copy directly to your door and never miss another issue.