Following a delayed start to racing, all yachts were dispersed on a coastal course of either 25 or 17-nm in length, both of which comprised classic Maxi Yacht Rolex Cup landmarks: a passage through Capo Ferro and roundings of Monaci and Secca di Tre Monti before the return to the finish in Porto Cervo. 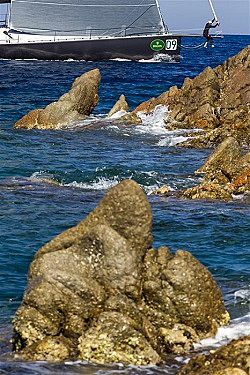 In the eagerly anticipated first race of the fourth Mini Maxi Rolex World Championship the new 72-ft Alegre, making her competition debut, claimed the morale-boosting first bullet. In such a competitive Class the focus is on accuracy from the very outset. "The starts are ultimate. If you get it right, it's your race to lose," revealed Hap Fauth, owner of defending champion Bella Mente (USA). Prophetic words as Alegre, following a textbook start, stole a march on the fleet in a race characterized by a consistent 7-8 knot breeze. "It was pretty light but quite steady," explained tactician Chris Main. "It was a tough course in that sort of breeze. We got a good start, and led by 30 seconds at the first mark and as the boat reaches quite well we just stretched away. This week will be about consistency, we need to keep putting in results and make sure we don't have a bad one."

Consistency is a byword of Niklas Zennstrom's 2010 and 2011 Mini Maxi Rolex World Champion Ran 2 (GBR) who today finished second with Shockwave (USA) in third. Bella Mente endured a frustrating day finishing down in ninth. She has positions to claw back tomorrow. The fleet of seven Wallys shared the same 25-nm course. Sir Charles Dunstone's Hamilton (GBR) was fastest on the water, while former champion J-One (GBR) claimed the first bullet of the week.

The graceful J-Class yachts also enjoyed their first race of the week. Of the four-strong fleet Shamrock and Velsheda are restorations of original designs, both in excess of 80 years old, while Rainbow and Ranger are authentic replicas of original boats destroyed for metal during the Second World War. 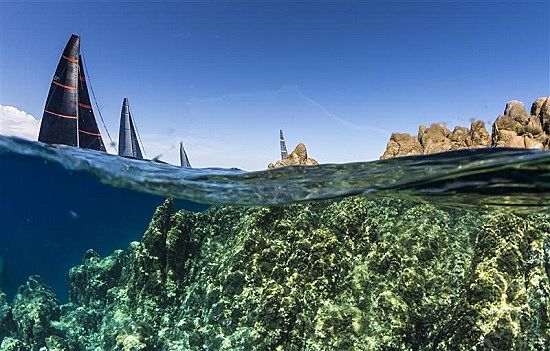 The 136-ft Ranger has an outstanding record in Porto Cervo, having taken the Class title in all three of her previous appearances. After a three-year absence from the competition, John Williams and his crew are in search of a fourth victory. "This is one of our favourite venues," explained Williams. "The seas are very flat, a good venue for J-boats. However, as the biggest, heaviest of the J-Class boats we need wind to be able to sail effectively, typically 14-15 knots. The other boats tend to do better in lighter air." So it proved in today's light airs with Ranger trailing behind Rainbow and eventual winner Velsheda. 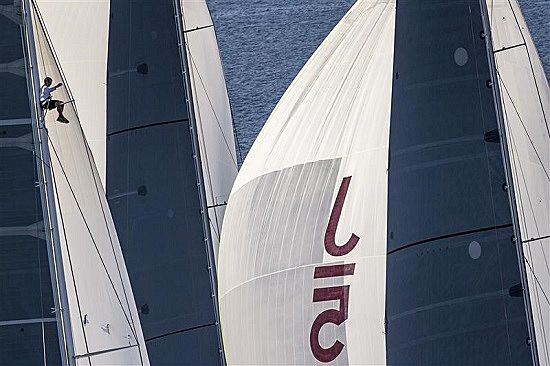 There are significant challenges in sailing such large, complex, historic boats, typically sailed by a crew of around 35, on a race circuit known for its considerable tactical junctures. "You've got something that's incredibly powerful and heavy and not that responsive," reflected Velsheda's tactician Tom Dodson. "You've got to think about manoeuvres many minutes ahead. On some of lighter boats you can change your mind, make an adjustment, respond to other boats quite quickly. We enjoy close racing and have to be very mindful dealing with equipment that is incredibly valuable and doesn't respond that quickly. However, none of us want to simply nurse the boats around the course. We want to push it in the gap, that's the challenge."

Filip Balcaen's 112-ft Nilaya (GBR) stretched her winning run at the competition to six races, stretching back to 2011, in the Supermaxi Class. Highland Fling, Maxi Racing champion in 2011, claimed the first Class bullet ahead of Morning Glory, returning to the event after an absence of six years.