Many associate global superyacht explorations with a strong and durable motor yacht, able to eat thousands of sea miles with its powerful engines. With his new 55-metre sailing yacht project Briand is proving, as many yachts have done before, that opting for a sailing yacht does not necessarily mean an itinerary that is locked inside the Mediterranean or even the sacrifice of onboard amenities one would expect from a luxury vessel of this length. 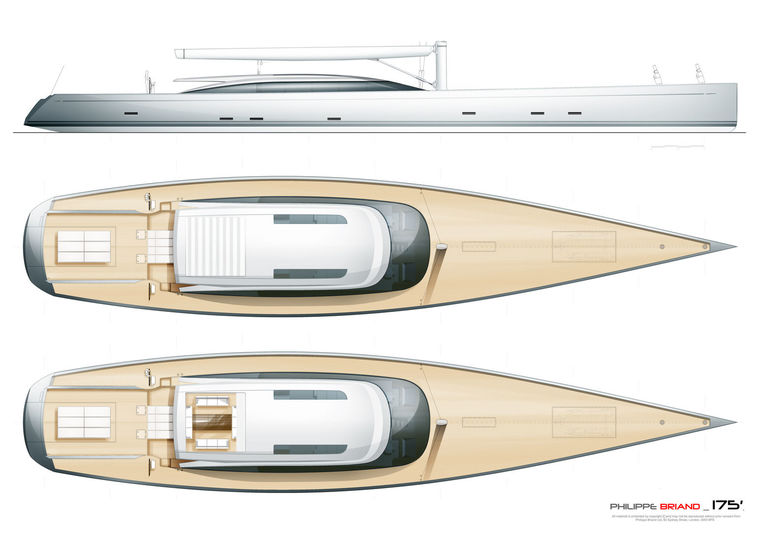 Lead by the requirements set by a Californian yacht owner, Briand set out to create the ultimate Pacific long-range cruiser. Some of these included a high top speed, the ability to carry large tenders as well as a free and open atmosphere on board that connects the interior and exterior areas. A large beach club that could accommodate the entire family was another box on the list that the design should tick.

“The owner was seeking many of the features that are usually associated with motor-yachts,” says Briand. These included a large selection of water toys and the space to store it as well as maintaining a constant cruising speed no matter the weather conditions. An advanced propulsion package was therefore proposed that would deliver a low-emission output. 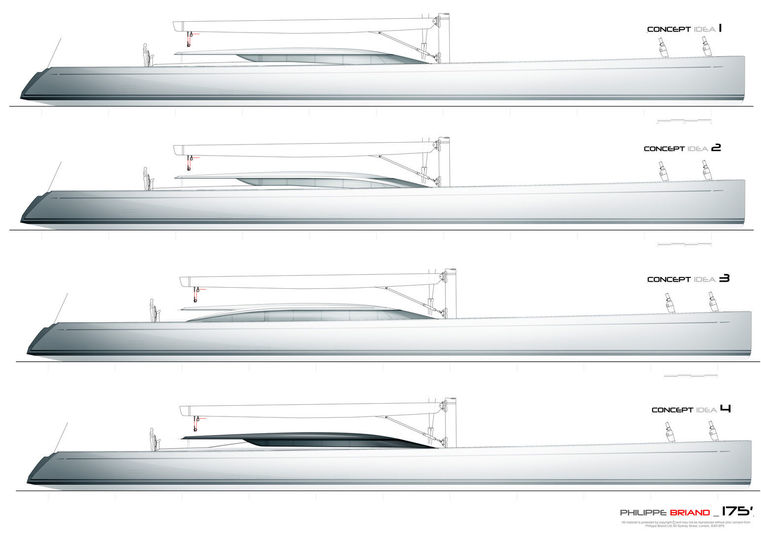 To achieve that ‘connected’ feeling the client was after, Briand used a transparent superstructure that provides excellent visibility from the inside and gives the profile that sleek ‘Briand’ look the London-based designer has become known for. 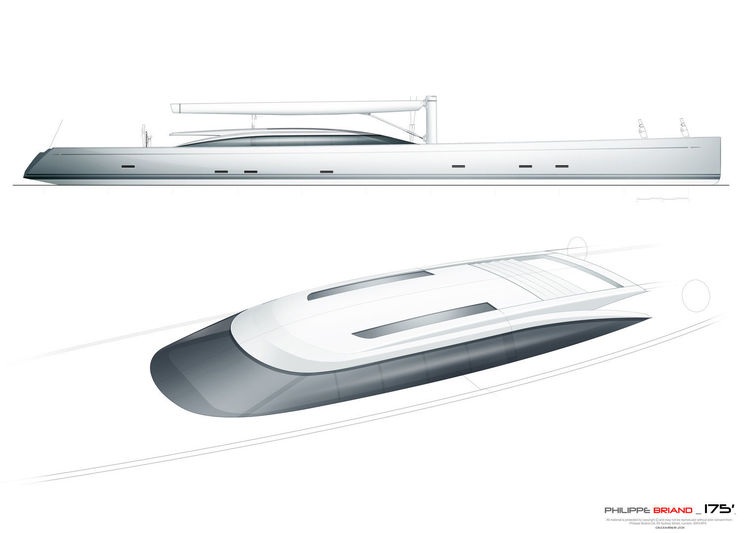 “There are a lot of stereotypes in yachting that are not actually true. A sailing yacht is not only for performance and racing. It can be just as suitable as a motor yacht when it comes to exploration, even with a touch more elegance,” he added.