Turkish companies Brilliant Boats and BB Yacht have announced the delivery of their latest yacht project, the 21.5 metre Thunderbird 2. She is specifically designed to carry a 3 PAX, 1000 metre capable Triton submarine, and featured an 8.5t capacity hydraulic platform for launch and recovery of the submarine as well as other tenders and water toys. 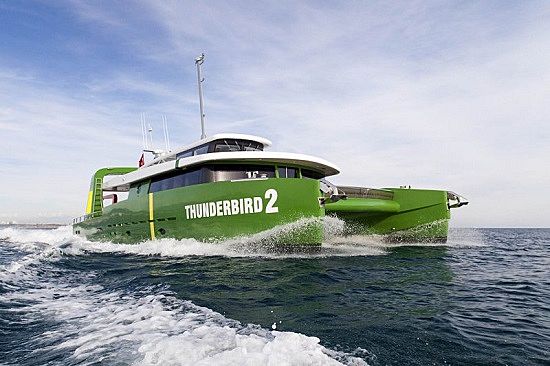 Her interiors are by Karine Rousseau, and offers sophisticated and welcoming accommodation for guests over an owner’s suite and guest cabin, both located on the lower deck. 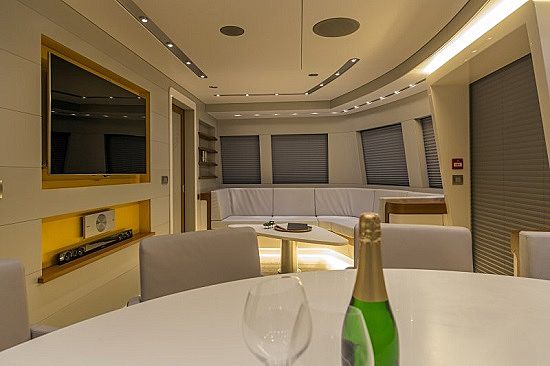 The aft deck is the so-called center of operations for the submarine with a dedicated sub support locker, but also has dive bottle storage and filling, a fuel pump and davits for the tender and large swim steps with ladders for easy access to the water. Forward is an al fresco dining area, a giant sun pad for relaxing, and barbecue and bar area with built in fridge and ice maker. 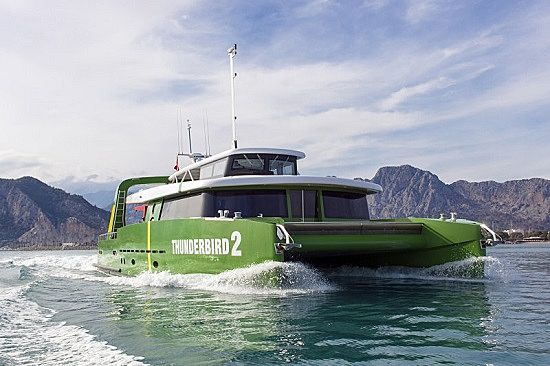 Amongst her notable features is a full load draft of less than 1.1. metres, allowing increased access to waters all over the world, and especially significant in her home waters in the Caribbean. She has a maximum speed of 22 knots, and a transatlantic range at a cruising speed of 10 knots.

A sistership is already under construction at BB Yacht and is available for delivery in time for summer 2016.