Already acknowledged as the Sailing Capital of the Caribbean, the newly appointed Premier of the British Virgin Islands, Dr. the Hon D. Orlando Smith, OBE has introduced a number of initiatives to increase marine related tourism and Superyacht activity in the Islands. 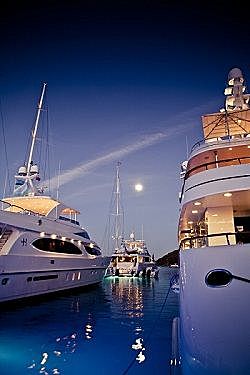 The first of these initiatives was to declare Gun Greek in Virgin Gorda as an officially designated sea port of entry in to the Territory. The Port, which is strategically located in the North Sound area of Virgin Gorda, has seen considerable growth in the Superyacht trade over the last several years.

The designation allows superyachts and other vessels to now proceed directly to the magnificent cruising grounds around the North Sound rather than having to clear in Spanish Town or Road Town.

The Premier has also pledged to continue to support and encourage events such as the Caribbean Superyacht Regatta & Rendezvous, which is now entering its third year in Virgin Gorda, which highlight the BVI as an ideal location for Superyachts.

For the thousands of sailing enthusiasts who love cruising in sail and power boats around the stunning and secluded archipelago of more than 60 islands, planned improvements to the airport and cooperation with connecting flights will make access to the BVI quicker and easier.

Commenting on air access to the Territory, Premier Smith said, “Air access is the number one strategic challenge facing tourism in the British Virgin Islands. To address this issue in the long term, we have taken the decision to extend the runway at the Terrance B. Lettsome International airport to accommodate direct air access from North America. In addition, we are in consultations with local, regional and international carriers to ensure that visitors have direct access to the Territory for the winter season this year and beyond".

“We also recognise that another challenge we face is that of getting people from Antigua to the BVI, connecting via British Airways and Virgin. Our goal is to reduce the lay over time it takes to get to the BVI by this winter and we are in discussions with LIAT and other carriers who are looking at servicing this route.”

Looking to the commercial marine sector, the new government also plans to expand the Territory’s Shipping Registration business. Commenting on these plans, the Premier said, “We firmly believe that the BVI has considerable scope for growth in the area having obtained Category one status, while building on the Territory global positioning as a first tier yachting destination. We are now able to register ships of any size and virtually any category.”

An archipelago of 60 islands and cays located in the northern Caribbean, the British Virgin Islands is consistently recognised as one of the most breathtaking destinations in the world. 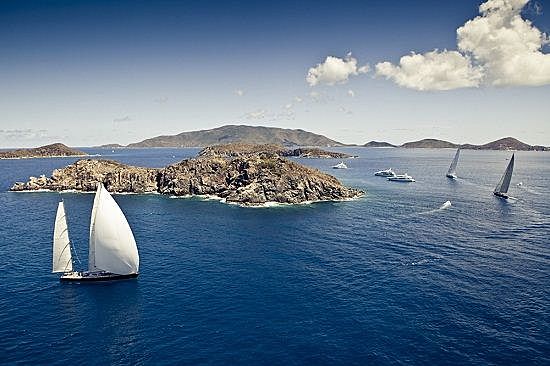 Known as ‘the land that time forgot’, the BVI remains an undeveloped haven for natural treasures; what the destination lacks is its greatest asset – no high-rise hotels, no casinos and no crowds.

The BVI offers a wide range of accommodations whether floating rooms in the form of yachts or land-based abodes, from charming inns, villas and cottages to high-end hotels and private resorts encompassing entire islands, all unpretentious and complementing the natural island beauty.

With spectacular natural scenery, including lush tropical beauty and crystalline waters, and a host of activities and experiences, the British Virgin Islands have so much to offer it’s little wonder it is known as ‘nature’s little secrets’.