In this series of articles, we take a look at the best brokerage deals currently on the market, as judged by our very own editors. What, Why, Where and Who will form the basis of the articles. This week, we have taken a closer look at superyacht Inmocean. 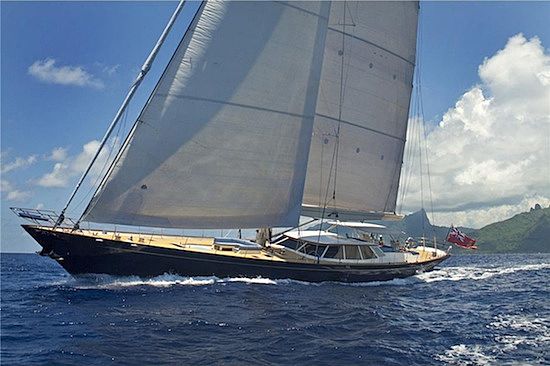 What is on offer?
The 41m sloop Inmocean built by Fitzroy Yachts is a classic style yacht that gave Dubois Naval Architects & Designers the opportunity to prove their ability within this arena. Officially launched in 2008 in New Plymouth, New Zealand, she was delivered to her owner following rigorous sea trial testing and, after 5 years of private ownership, is now for sale.

The interior layout, designed by Adam Lay Studio, is unusual, accommodating 6 guests forward in three cabins including a large master forward with private entrance from the bow seating area, while the crew of up to five is aft in three cabins.There are distinct benefits in this style especially if the owner and guests are not expected to be aboard during long passages.

Why do we think this is such a great deal?
Finalist for the 2009 World SuperYacht Awards, Inmocean has just completed an extensive 3 month refit in New Zealand where she underwent a full superstructure repaint, some minor repairs on the hull paint and new anti-fouling. All major machinery was fully serviced including generators and the main engine.

The interior refresh was completed by Sibel Huhn Interiors of Germany and SMI New Zealand, and consisted of all new upholstery throughout, wall coverings, new stairs, new marble top bar and new bed fabrics and linen among the numerous changes. Deck equipment was also serviced where needed, and Inmocean comes with a brand new tender. 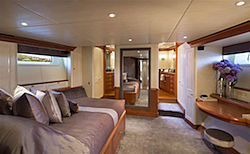 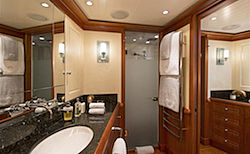 Used only as a private yacht, the list of maintenance issues stems from regular usage expected of a 5 year old well traveled yacht. However, she is now in showboat condition and shows as a new yacht.

Where is she right now?
Inmocean is available to view in Palma, Mallorca from June 2014. 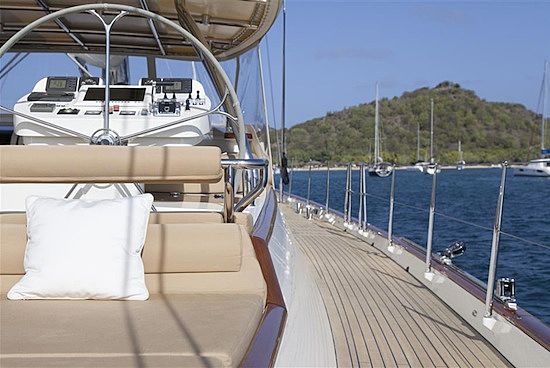 Who to call?
Denison SuperYacht Division have listed the yacht for sale at an asking price of $11,750,000 (USD).