Here we take a look at the What, Why, Where and Who of some of the best brokerage deals currently on the market. This week we explore the 49.9-metre Rush, listed for sale with Imperial Yachts. 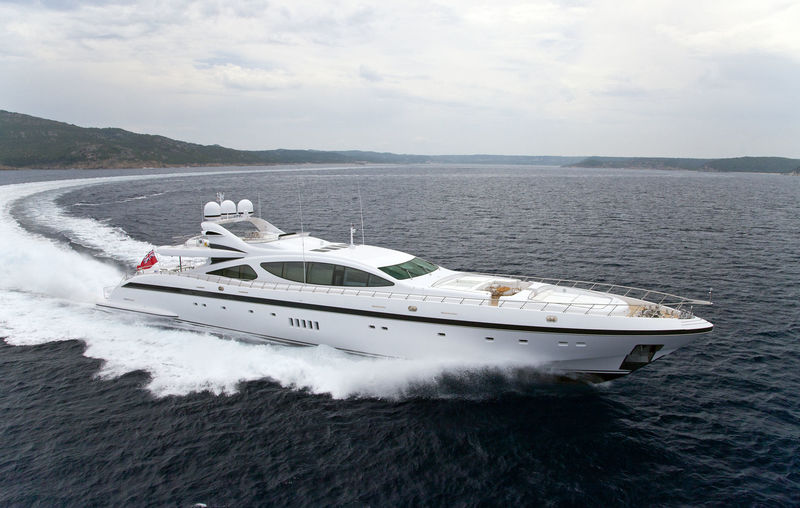 Photo: Imperial YachtsWhat is on offer?

Built in 2010 by Italian yard Overmarine, Rush is the fifth hull of the Mangusta 165 series.

Her naval exterior was designed in-house by Overmarine Group and her exterior comes from the design studios of Stefano Righini.

Her interiors are designed by Giorgio Vafiadis. Rush can accommodate 12 guests across a five cabin layout including a luxurious master suite, one VIP configured cabin, one double stateroom, and two twin cabins. Additionally, Rush is able to accommodate nine crew members across five crew cabins. Two MTU 16V diesel engines, each with 4,613 hp, power Rush. Able to achieve a top speed of 30 knots, the superyacht has been constructed with speed in mind. Her cruising speed is 23 knots where she has a range of 463 nm. Rush’s hull is built with GRP and she is ABS compliant. 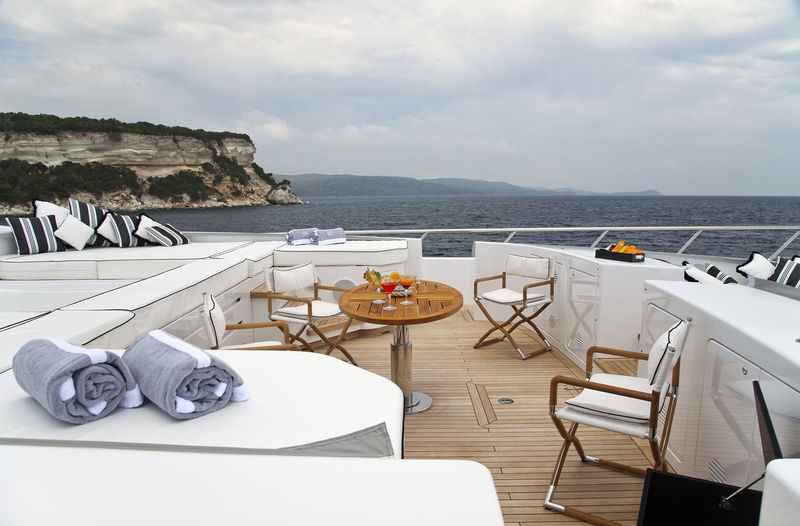 Photo: Imperial YachtsWhy do we think this is such a good idea?

Practical considerations aside, Rush is adorned with luxury materials and tasteful masculine decor (which reflects her exterior design) designed to delight guests while they cruise the high seas. Gloss Wenge wood panelling wraps throughout the spacious yacht, along with mother of pearl, Onyx stone, silk blend carpets, and high end designed Foglizzo leather. High ceilings prevail throughout including in the main-deck saloon which flows gently into the bar area and wide social area. Guests can also sink into the plush, rounded sofa after they’ve enjoyed dinner and screen a film on Rush’s 82” television. 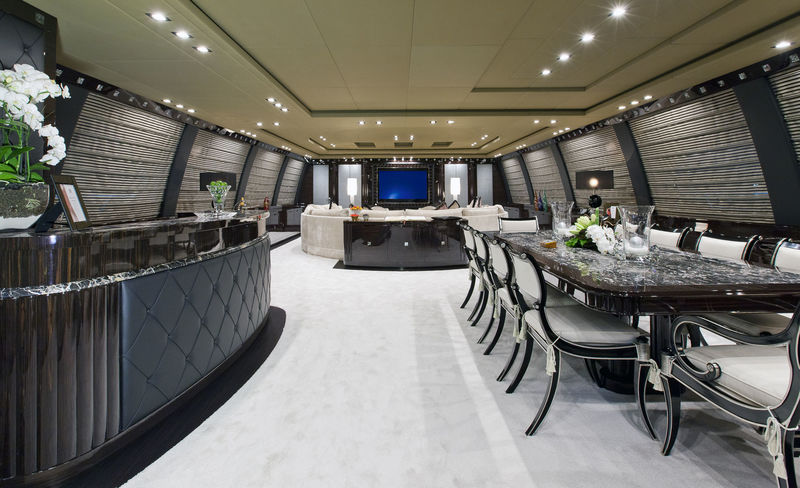 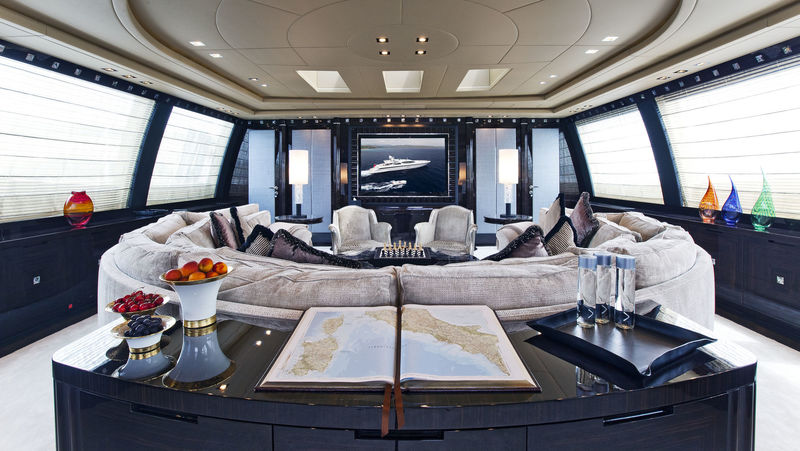 Photo: Imperial YachtsWhen the time comes to retire, guests will be charmed by Rush’s lower deck accommodations which include all five of her staterooms. In her full beam master suite, guests will be pleasantly surprised to find a his and hers bathroom. 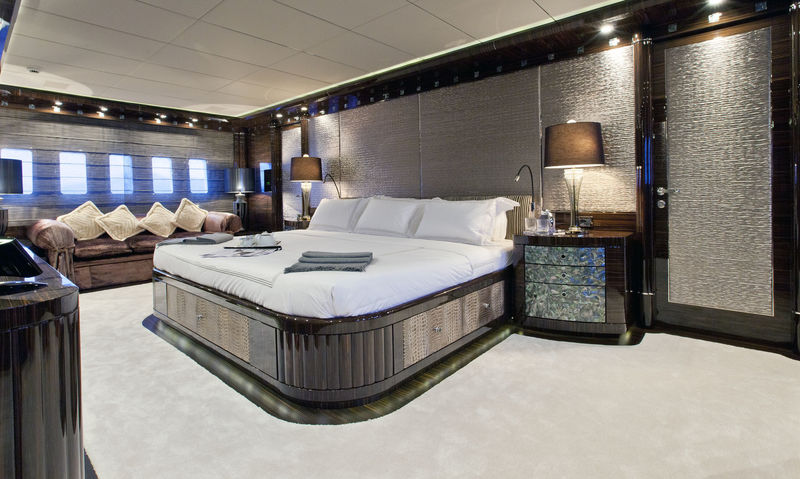 Photo: Imperial YachtsOne feature aboard this luxury superyacht stands above the rest - her onboard spa facilities. Guests are able to enjoy a full body massage in Rush’s dedicated massage room and can round off their spa experience in the onboard steam room. 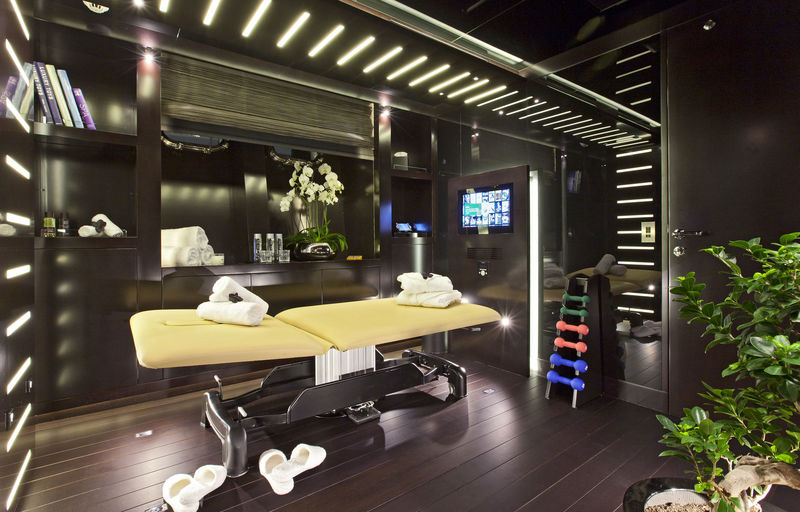 Photo: Imperial YachtsReady for fun in the sun, Rush’s entire forward deck space is covered with sun cushions. In the aft, Rush features space for al fresco dining and a large sundeck ripe with swimming opportunities. 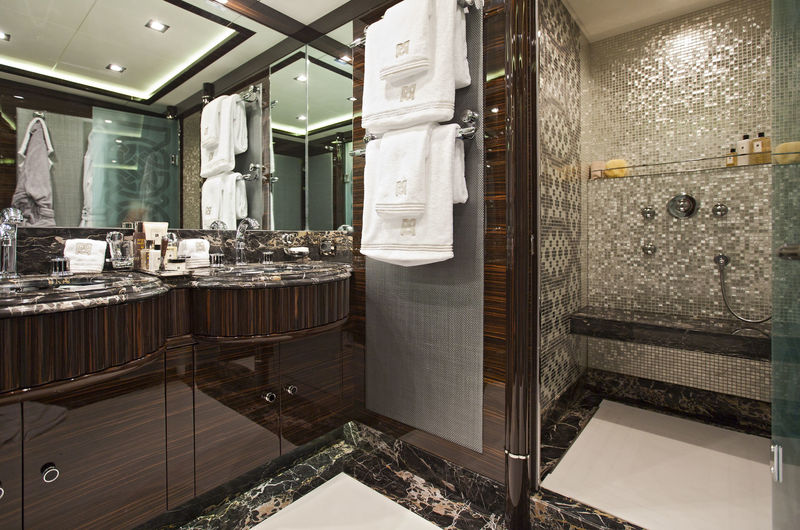 Photo: Imperial YachtsFor guests with adventure on their mind, Rush has an array of toys onboard. Fancy a spin on a Waverunner? Rush has one tucked aboard, along with both a Yamaha and a Richter stand-up, four Seabobs, a stand-up paddleboard and windsurfing gear. 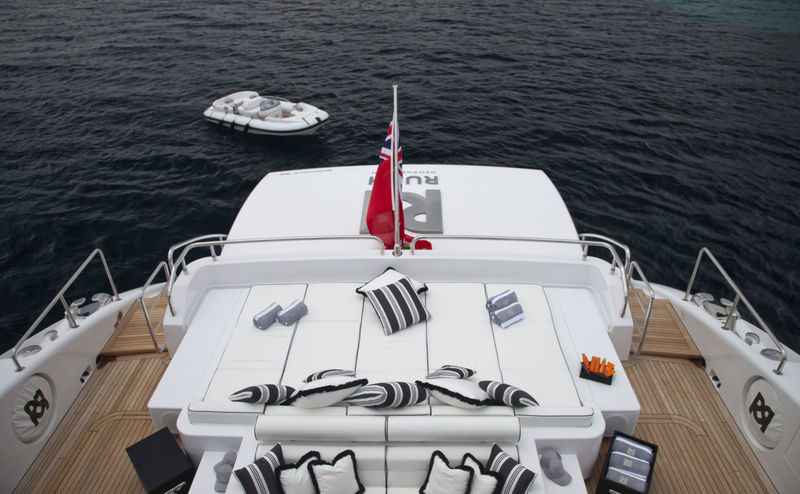 Photo: Imperial YachtsNominated in the best two-deck semi-displacement motor yacht category during the 2011 World Superyacht Awards, luxurious on all exterior and interior aspects, Rush is considered today as the ideal marriage between a fast open motor yacht and an opulent, warm living atmosphere on all decks

Where is she right now?

Rush is currently listed for sale with Imperial. Her price is on application only. For more information, contact her broker Jeroen Minnema using the details below.