We sat down with with Nick Dean, Managing Partner of OCEAN Independence to discuss the brokerage market, buying and charter trends, as well as the future of this global company. 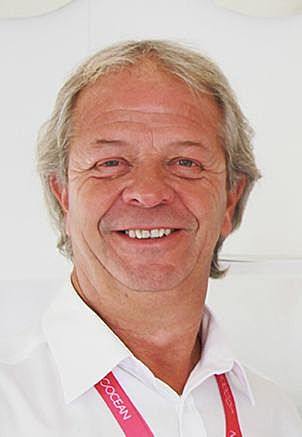 Do you find that the brokerage market has stabilised at all over the past year?

We experienced an exceptional increase in activity duringthe first six months of 2015. The second half slowed down considerably. Last year we sold 20 yachts within the first six months; a figure that dropped down to six or seven in the second half. Financial problems in Asia and an uncertainty amongst the entire global market could be contributing to this decreased activity we are currently experiencing.

However, we have noted a steady growth over the past 18 months in the new build market. We, (OCEAN Independence) have four new builds currently in various stages of construction, with further interest in other projects that we are involved in.

Would you say that the decrease in brokerage activity is due to a lack of good quality yachts available for sale?

I would say that there is less good quality stock available, yes, most specifically in the States. Our Fort Lauderdale office experienced a lack of high quality products available during 2015. This could be as a result of less yachts being listed, as well the closing of many shipyards following the financial crash. A lot of owners are also keeping their yachts and are not so willing to play the field the way they once did. Which in turn is good for our OCEAN Management division as they are involved in many refit projects, which again has a positive affect on other parts of the industry.

How does the charter market compare to the brokerage market at the moment?

Our chartering has gone through the roof. In 2015 we completed 800 charter contracts, which we were very pleased about. 2016 has started off really well with one of our busiest charter-booking periods yet. Normally this time of year it is relatively quiet, which is why we were so pleasantly surprised by this unusual interest from the market. We also find that many second hand sales stem from clients chartering the yacht beforehand - which is another reason to get excited.

Have you experienced good activity from a certain region at all?

We have been dealing with an increased amount of Russian and American charterers. On the brokerage side we have done very well in Western Europe and the Middle East. We had good success with American clients until 2015, when wesaw a drop in activity. This is not necessarily because of funds, but likely due to a lack of stock as well as the uncertainties surrounding the upcoming elections.

What is the future for OCEAN Independence? Any developments?

Yes, indeed. We have been working on a complete rebrand of the company over the past 18 months. Peter and I decided it was a good idea to do something different as we reached our 10-year milestone. We aren’t looking to grow any bigger, as we already have 16 offices around the world; the focus would rather be on becoming more strategic in certain areas. So watch this space - by mid-April OCEAN Independence will look rather different from what you see today.