Co-sponsored by AWLGRIP(®) and Advanced New Technologies (ANT), the Brokers Golf Tournament 2007 raised over 6,000 Euros for the AquaLung Trust. Over 40 people from the yacht industry attended the event on Friday 7th September, held at Cowdray Park Golf Club, within the picturesque setting of Midhurst, West Sussex, UK. 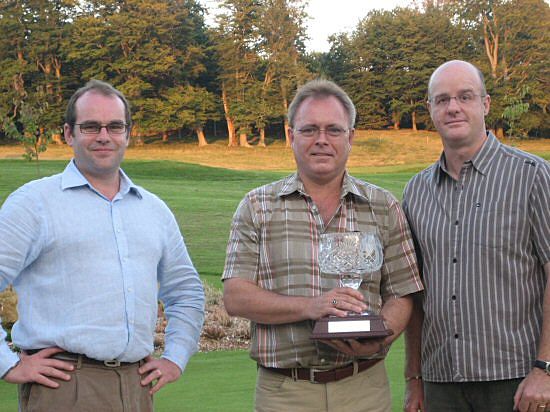 “At Aqualung, we are hugely grateful to the Brokers Golf Tournament for supporting us for the third year running,” says founder of the AquaLung Trust, Nick Baker. “Since last year’s event, we have finally, against all odds managed to open the AquaLung clinic in Hijer in Darfur. Now Hijer has services available six days out of seven, and the clinic sees as many as 200 people per day. It is thanks to days like this event that we have been able to achieve this, so it means an enormous amount.”

Taking in the atmosphere and stunning surroundings of the Cowdray Park estate, entrants played a game of golf on the 18-hole course. The sporting activities continued into the afternoon with a choice between a friendly game of golf and clay pigeon shooting.

The evening’s prize giving was followed by a very successful raffle and auction. One entrant even placed their raffle prize back to be auctioned for the charity.

“The Brokers Golf Tournament was a great success once again. The event was the perfect opportunity for members of the UK yacht industry to meet and enjoy a day’s sporting events whilst raising funds for charity. I wish to thank everyone who attended for their support and hope to see them again at next year’s event,” says superyacht brokerage house Burgess’ Alan Dale, who organised the event.

“We are proud to have been involved in supporting the Brokers Golf Tournament. It was a fantastic event with a great turnout and an impressive amount of funds raised. We are looking forward to next year’s tournament,” comments Ken Hickling, Global Manager, Awlgrip.

A preliminary date of Friday 5th September 2008 has been made for next year’s Brokers Golf Tournament. For more information about attending, please email Alan Dale, [email protected].