Having recently been launched at Norwegian shipyard Kleven, the new 116 metre explorer yacht under construction at their facility in Ulsteinvik has sparked a great interest amongst our readers. For this reason, we take you through the build process of this advanced world cruiser and share with you what we know so far about the project that is based on an MT 5006 MKII ESV offshore platform. 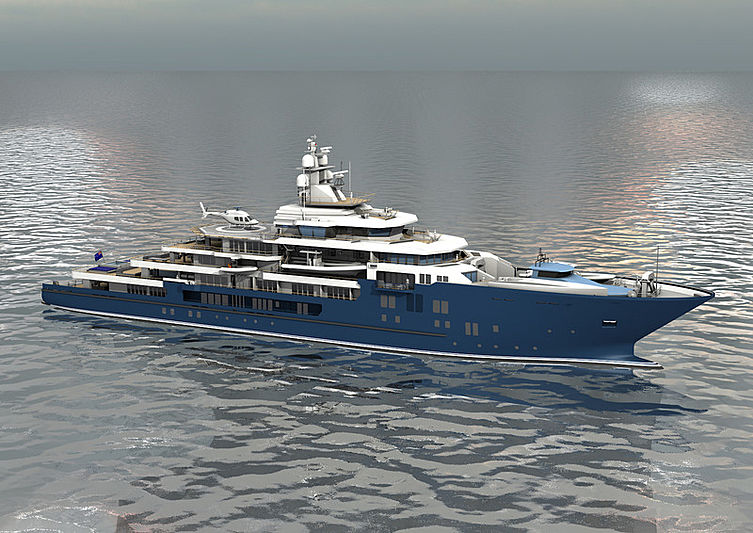 November 2014:Kleven announces the signing of a second build contract with New Zealand yachtsman Graeme Hart. At this stage Ulysses – the smaller 107m sister ship of the current project, and built for the same owner (photo below) – was already launched and undergoing preliminary outfitting ahead of her sea trials. 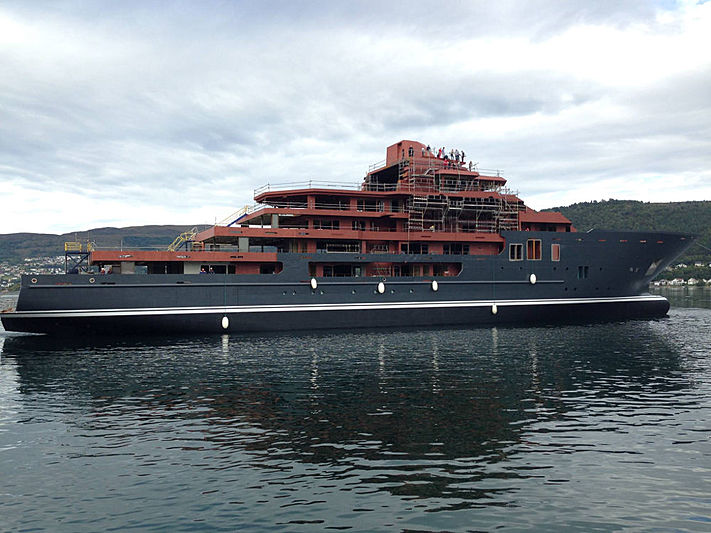 December 2015:Prefabricated hull sections of the 116m project, constructed at CIG shipbuilding in Poland, arrives at Kleven shipyard for assembly. 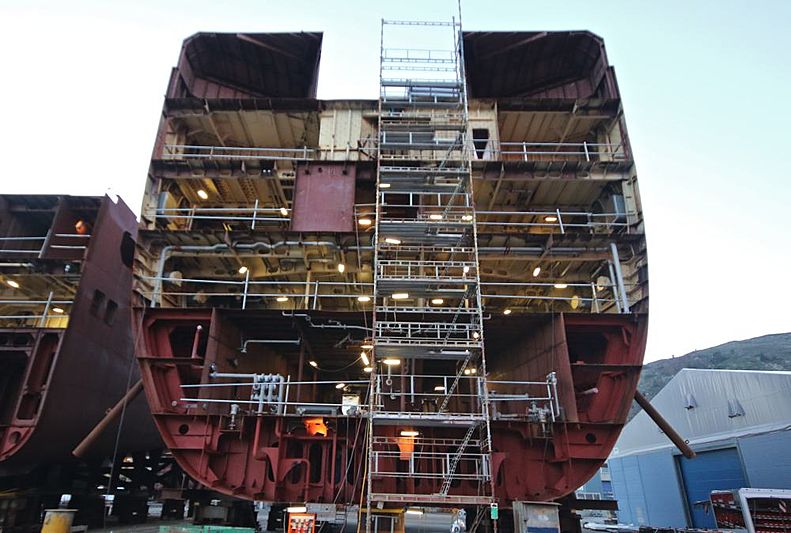 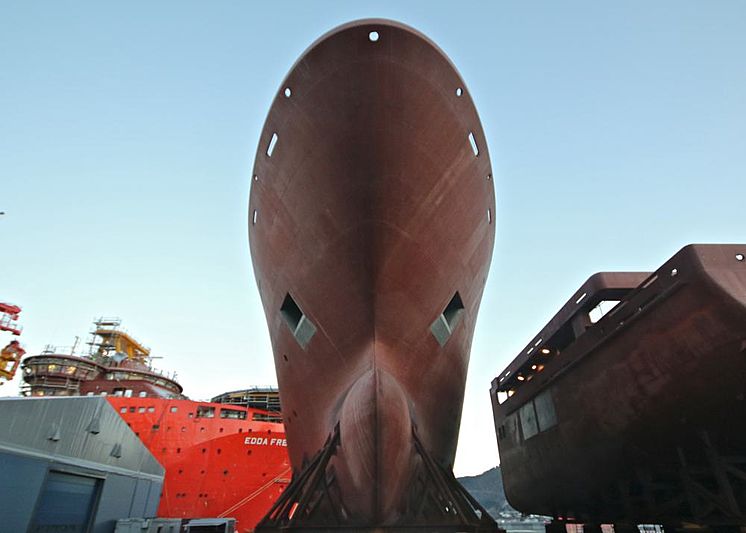 February 2016:The hull sections and superstructure have now been joined. 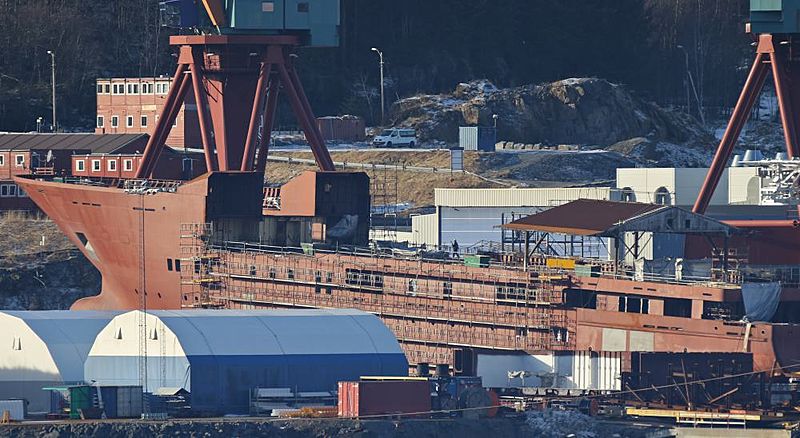 Early March 2016:Painting of the hull completed and Kleven prepares the vessel for launch. 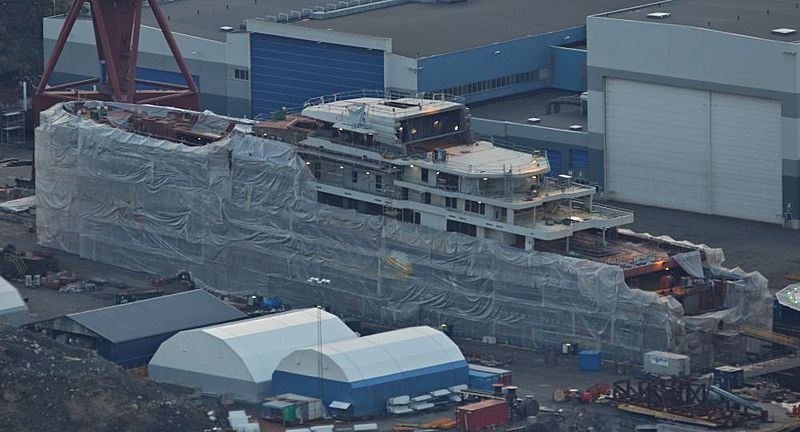 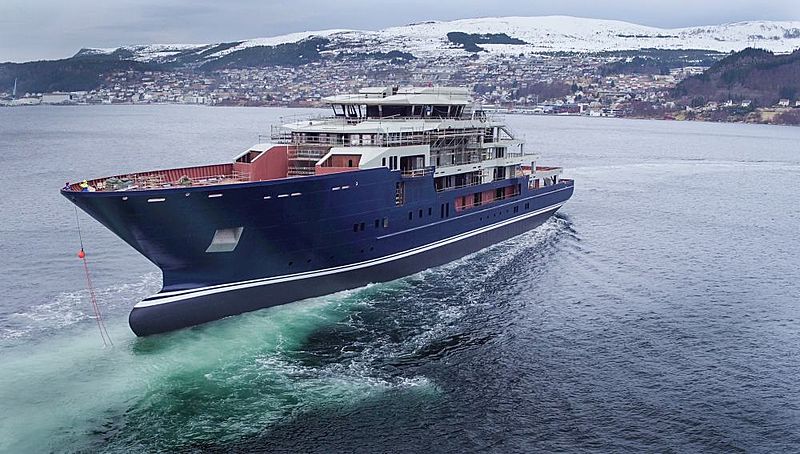 Hull 370 as she is named by the shipyard, isdesigned by local ship design company Marin Teknikk in partnership with Kyle Dick of Oscar Mike Naval Architects based in New Zealand. As with Ulysses, technical aspects of this project is overseen by Manta Maritime. Designed to carry a total of 66 people on board, hull 370 is expected to be ready for departure in July this year. 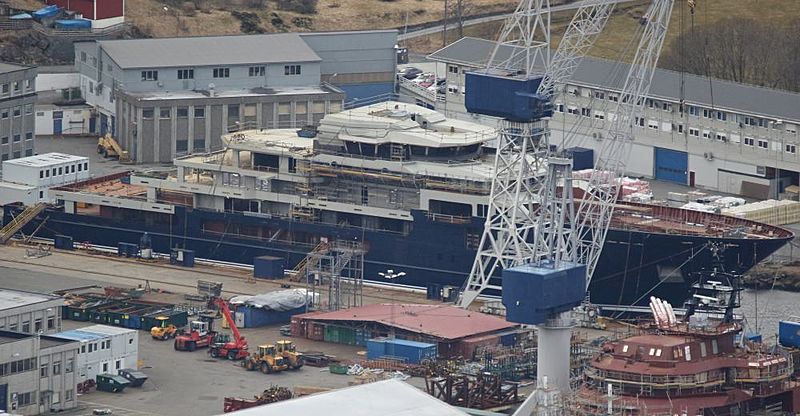 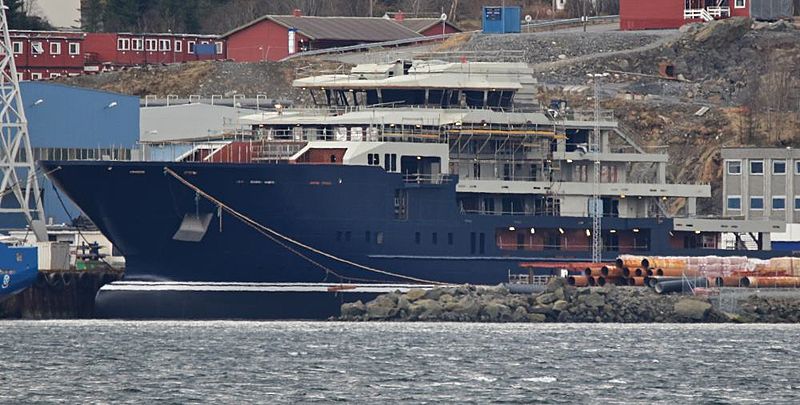