Benetti recently received the completed hull and superstructure of the 69-metre motor yacht Spectre at its yard in Livorno. Commissioned by experienced yachtsman John Staluppi, Spectre will become the American’s 13thnew build project. 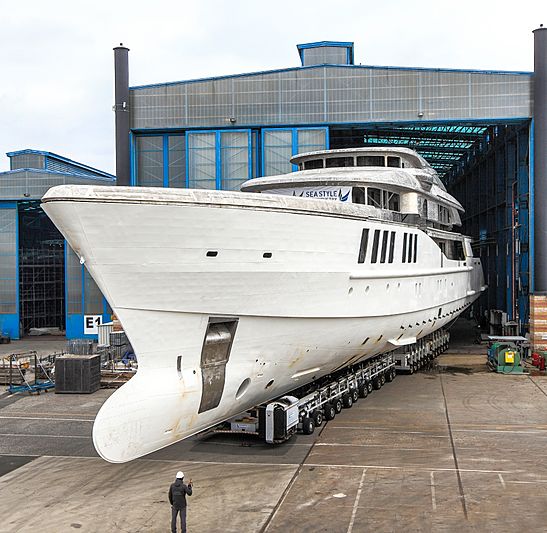 Spectre will now undergo exterior finishing and interior outfitting and is expected to be ready for launchin 12 months’ time.

Staluppi once again drafted naval architects Mulder Design to work on the project and deliver a custom project according to his exact requirements. “We want a lot of luxury, but we want it to be special,” says Staluppi. “We want the boat to be exciting. At the same time I wanted the boat to have a little speed, so we decided to make it 21-22 knots. I got in touch with Frank Mulder and Bas, and asked them if they would like to join me on the project… They came over, we spent a lot of time [discussing the new project].” In addition to the impressive top speed, Spectre will also be able to cruise 6,500 nm at a speed of 12 knots before having to stop for fuel. 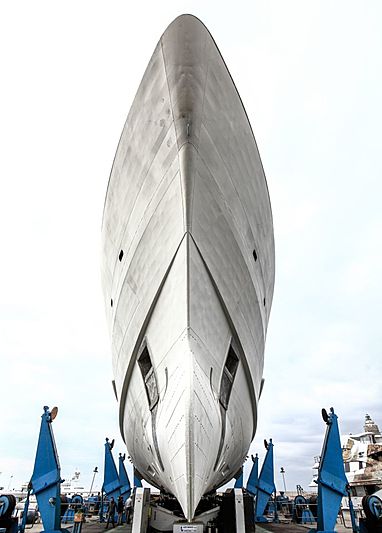 The exterior lines of the project were conceived byGiorgio M. Cassetta Design and the interiors by the Benetti interior design team.

“I think that between everyone with our input, this will be one of the most exciting boats out there. We’re very critical as to what we want,” Staluppi continues. “I get involved with everything; we even picked out the doorknobs and the lights.”