First announced in March 2014, what started out as a 77 metre project has since developed into a 79 metre superyacht set to be completed next year. Italian shipyard CRN are hard at work on the construction of hull 135, set to become the second largest vessel built by the Ancona-based yard. 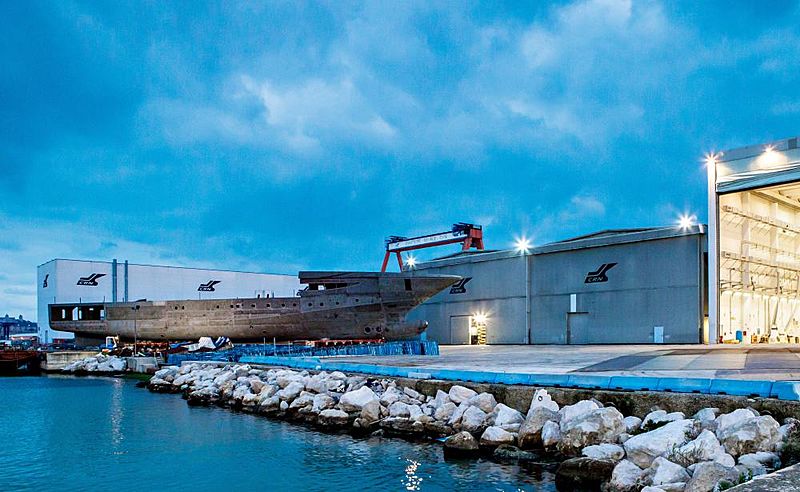 The most recent development in the project was the fitting of the yacht’s stern section, which will house the lavish beach club once completed. The next step will be to assembling the vessel’s five deck that will accommodate her 12 guests across five guest cabins and master suite. Designed by Studio Zuccon International Project, with an interior by Laura Sessa and engineering by CRN’s in house team, this 79 metre project will be characterised by large volumes, a sleek design and true Italian attention to detail.

In addition to hull 135, CRN is also constructing the 74 metre hull 131 along with the 50 metre project Superconero.