Turkish shipyard Mural Yachts are making good progress in the construction of its flagship motor yacht, the 46-metre project Meteor. Over the past 12 months the yacht builder went from a semi-complete deck structure to a fair-ready hull and superstructure. Designer Murat Yuceulug tells us that the shipyard is expecting to have launched the project by the end of this year and have it delivered to her owner in early 2018.

The project was signed by a Turkish client in September 2015. Spread over four decks, she has been created with a family-focus at the heart of her design. On board she will accommodate up to 12 guests over several well appointed cabins, as well as a crew of seven. 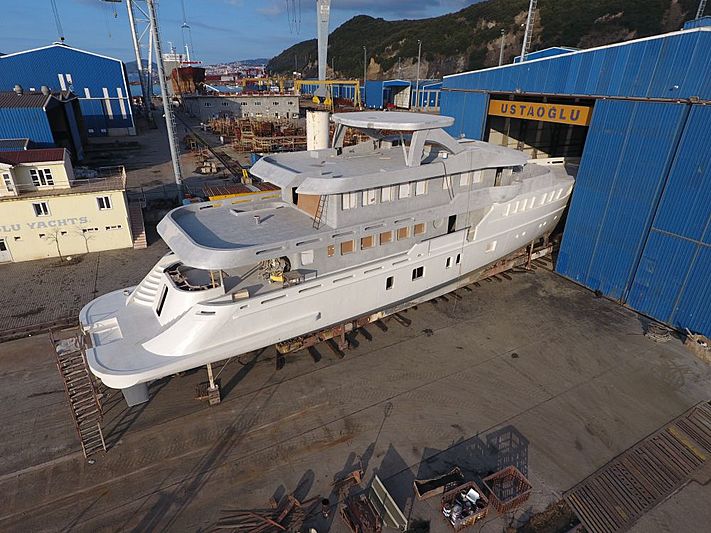 She will be powered by twin Cummins engines, providing her with a top speed of 16 knots and a cruising speed of 12 knots. Amongst her many amenities on board, Meteor will also accommodate a 5.2 metre tender. 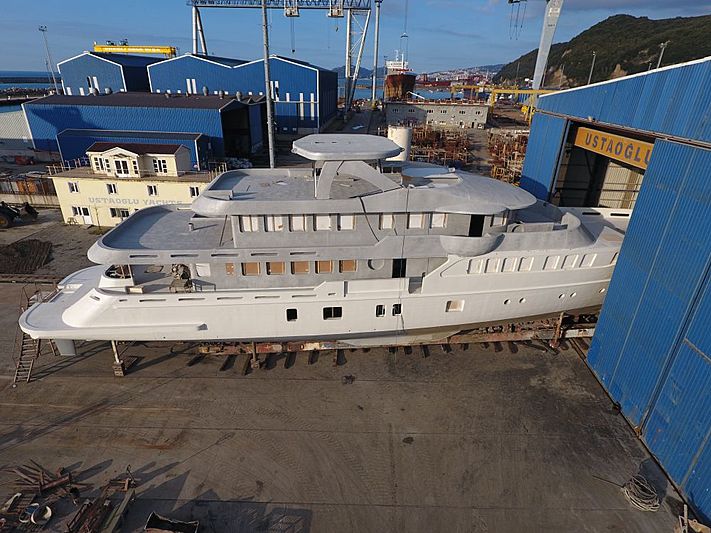