Burger Boat Company has announced that it has been commissioned to build a new 43 meter (140') custom motor yacht. This vessel has been designed over the past 18 months by Burger's team in conjunction with an experienced yachting family who currently own their third Burger-built boat. This project also accomplishes Burger’s planned objective to start construction of one new yacht in mid 2008, with completion expected by mid 2010. 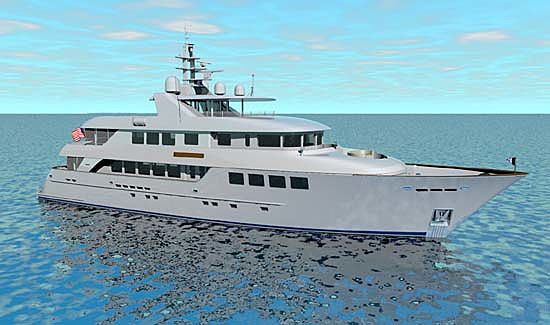 During the second half of 2008, Burger has the availability and intends to commit to the construction of one additional new custom yacht which, depending on size, is expected to be delivered in late 2010 or early 2011.

Since October 2007, Burger has launched two vessels and currently has four custom yachts under construction, two of which will be completed by the end of the third quarter 2008.