This month will see Burgess celebrate their 40th anniversary - a milestone that couldn’t have come at a better time, with the company’s 2014 sales results the best they have experienced to date. Selling 42 vessels - seven of which were new construction projects - the total value exceeded €1,2 billion. 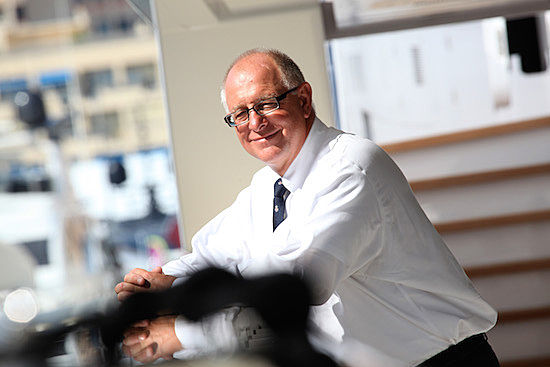 Established in 1975, the boom years of the 1980s before the recession set in saw an explosion in the superyacht industry and Burgess broke records for achieving some of the highest ever sales prices recorded. The 1990s saw further expansion and the opening of offices in Florida. This culminated in Burgess being awarded the Queen’s Award for Enterprise in 2001 - the first yachting firm to be acknowledged for its endeavours in this field.

In the same year, Burgess launched its new construction division, now known as Burgess Technical Services (BTS), to offer owners, captains and other interested parties a range of project management services throughout the build process. Within four years, BTS had amassed 18 projects and has to date been involved with some of the world’s largest and most complex new build projects, including the first superyachts to comply with the third iteration of the Large Yacht Code. The BTS team were also responsible for developing and implementing the Passenger Yacht Code for commercial yachts designed to accommodate between 13 and 36 guests.

Today the brand boasts an experienced team of 20 sales brokers, with nearly 250 years of combined superyacht sales experience, as well as a dedicated team of 16 charter brokers, with 200 years of combined yachting and charter experience. One of the keys to the success of Burgess, according to the company, is the longevity of its staff, reflected in the average length of service of over 10 years. All staff are full-time employees, a model which differs dramatically from the independent contractor business model adopted by most brokerage houses.

There are currently 19 yachts in the over 60 metre range under Burgess charter management, almost triple the number of any other charter brokerage.

CEO of Burgess, Jonathan Beckett, comments on the milestone, saying, “Times change and I am immensely proud of the way Burgess has grown over the last 40 years from a single-handed venture to a global market leader with a multi-million Euro turnover. We are now 160 people in 11 offices worldwide and it is inspiring to see the next generation of brokers, technical experts, charter specialists and yacht managers taking Burgess forward. The superyacht industry remains forever fascinating, never predictable and always challenging. I am very much looking forward to the next chapter.”