With the sale of the 60m Benetti, Amnesia, and the 61.2m Feadship, Secret, already under its belt in a ‪remarkable start to the last quarter, Burgess has now closed on the sale of the 52m Amels, Tigre d'Or - less than 8 weeks after being placed on the market.‪ ‪‪ 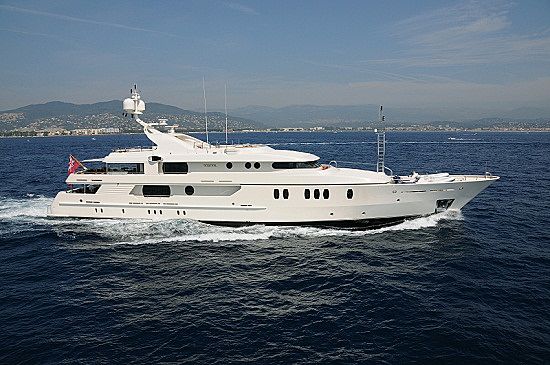 This marks another chapter in the success story of Burgess and its much lauded 'Tigre d'Or Series', developed a number of years ago for a client in collaboration with Amels Holland. The 'Tigre d'Or Series' is the forerunner to the Amels 171 series of today.

Delivered in 1999, the 52m Tigre d'Or was one of eight exceptional sisterships built by the Dutch pedigree shipyard, ranging in size from 50m to 52m, with interior design and exterior styling by Terence Disdale on all but one of the series. Not only did Burgess commission six of the eight vessels for the same client, but they have concluded the sale of yachts from the series on no less than 18 occasions in total - both as new builds and on re-sale.

The collaboration of Burgess, Amels and Disdale on the 'Tigre d'Or Series' was an important benchmark in initiating the concept of the "semi-custom" platform for large yachts worldwide, which made new builds more accessible to a wider audience and has now evolved into an industry yardstick. ‪ ‪

Burgess provided Tigre d'Or with operational and charter management since launch and has ‪retained full operational management under her new ownership.

The yacht has been withdrawn from the charter market and will now enter private use.

Burgess represented both seller and buyer in the sale.