With the Cannes and Monaco shows now over, CNI are delighted to announce that both shows were incredibly active with a lot of interest in both fleets displayed by CNI. The social scene was also busy, with every evening during the Monaco show seeing formal events of various types hosted by CNI.

Toby Walker, Sales Director of CNI, comments “We were pleasantly surprised with the interest in the CNI fleets displayed in both Cannes and Monaco. Both shows were busier than one might have expected and very early signs are that genuine buyers are showing interest and making offers.” 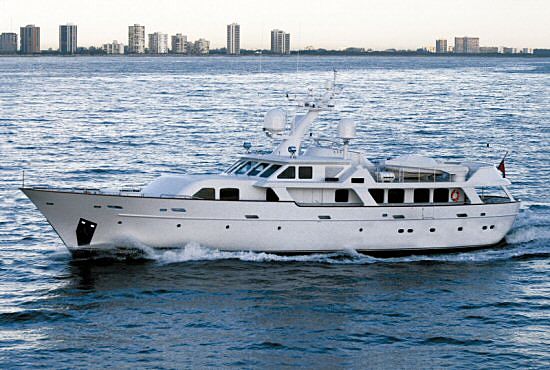 Over on the other side of the Atlantic things are steaming up for the annual Fort Lauderdale Boat Show from the 29 October to 2 November. CNI has a number of yachts on display including the 45.7m (150’) Trinity Vita, the 42.6m (140’) Picchiotti Royal Eagle, the 38.5m (126’) Royal Denship Betty, and the 31.3m (103’) Little Paradise from Westbay, all situated at CNI’s Bahia Mar stand on the Face Dock.

As in past years, CNI is delighted to be able to entertain clients in its VIP lounges within the Bahia Mar Resort.