During our visit to the Cannes Yacht Show we visited several new built yachts. Today we show you a selection of the best new built motor yachts on the market: Panther, Nilo, Fansea, Waverunner, Kadimo's, Gaja and Paradis M. Next week we will also bring you a full report on the best available brokerage yachts currently for sale as well as report on the 2007 Monaco Yacht Show. 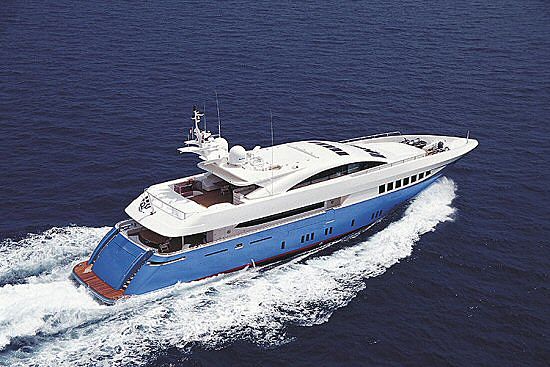 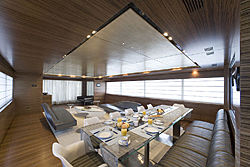 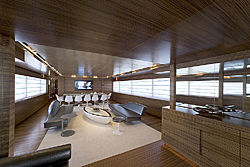 With her full-aluminium construction, Panther is the first of two yachts of Paradise Line which a Greek Owner ordered. Her sistership will be launched before the end of the year. Concept design, exterior styling and interior design are by Studio Vafiadis while the naval architecture is by the Genova based SYDAC. Powered by twin of 2.255HP MTU 12V396TE94 engines, this semi displacement motoryacht reaches a maximum speed of 21 knots. 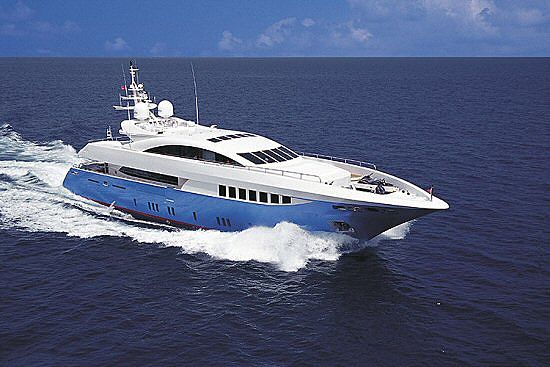 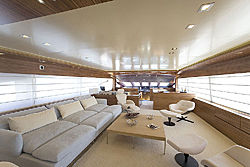 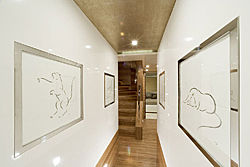 Panther was conceived as an evolution of Mondomarines Pleasant Line and sets itself apart by the different use of the upper deck which, in this design by Studio Vafiadis, is not used as a sun-deck but as a covered area which includes the wheelhouse and an informal salon. The interior layout includes a large salon and the Owner’s stateroom on the main deck and five guest’s cabins, three doubles and two twins, on the lower-deck which includes also the crew quarter for seven in the bow. 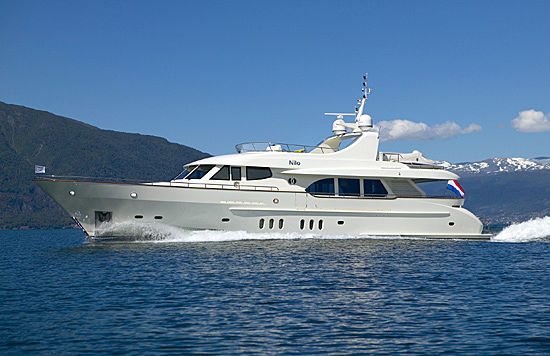 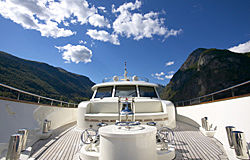 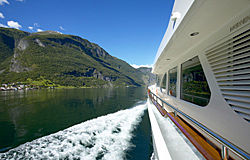 Moonen developed the "94 Alu," the first model in its new "Fast Yacht Series," out of the remarkable success of the Moonen 84 (of which eight have been sold since 2001). With its classic lines and popular four-cabin layout, the Moonen 84 inspired several clients to inquire if the shipyard could build a Moonen-quality yacht with similar accommodations, but lighter and capable of significantly higher speed. 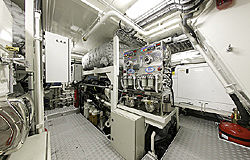 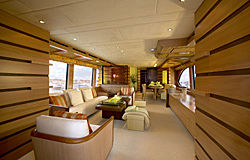 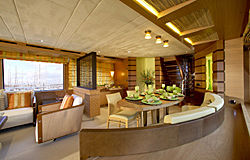 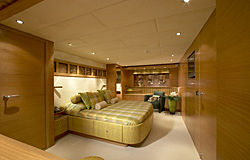 Nilo, the first "94 Alu," is powered by the new Caterpillar ACERT High-Performance engines. She is driven by Servogear Controllable-Pitch Propellers running in high-efficiency tunnels, and steered by custom-designed rudders also from Servogear. Tank tests during the design phase indicated a potential top speed of more than 27 knots, though the contract speed for Nilo is 25 knots. (The second "94 Alu" has fixed propellers in tunnels. Both have watertight bulkheads required for MCA compliance, but only the second is MCA certified.)

Moonen's advanced program of noise and vibration reduction assure silent running at all speeds for Nilo and her future sisters. Moonen is building the entire "Fast Yacht Series" in light, strong, corrosion-resistant Sealium, an aluminum alloy that has achieved wide application in aerospace, shipbuilding, and commercial land construction, and which is conveniently cut, bent, and welded using the same methods as the more common 5083 alloys.

The interior styling of Nilo has been created by Art-Line, which also styled the most recent Moonen 84s. 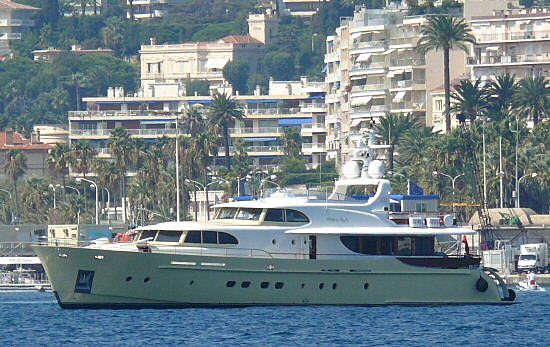 Fansea, a 33 meter semi-displacement yacht, is the second project of a new range of yachts from 33 to 38 metres by Cyrus Yachts. Both hull and interior are designed by the Dutch architect René van der Velden. Renowned naval architect Piet van Oossanen developed the lines and is responsible for the performance of the yacht.

The hull and deck are constructed of high quality composite, using a combination of glass, Kevlar, carbon and epoxy. The use of composite materials creates a strong and light-weight structure with enough stiffness to ensure good performance and ocean going characteristics. 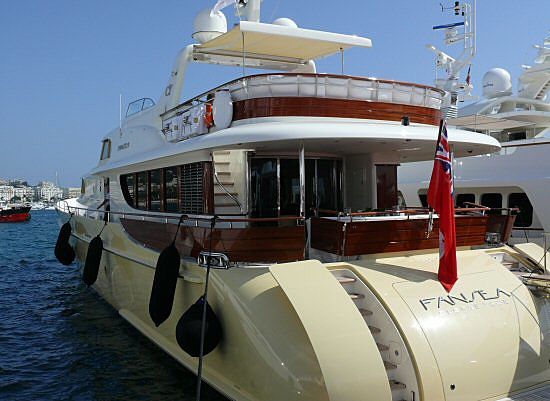 The outside spaces comprise three main zones. The first space is the aft deck, where a generously proportioned table is positioned in the shade. On the same deck, a large settee and sunbathing area is located in front of the superstructure. Last but not least one finds a large sundeck on top, which includes a Jacuzzi, dining area and a sunbathing area.

The modern interior designed is a harmonious design, following the theme and lines of the exterior profile. Light wood tones give the interior a very open and relaxing atmosphere. On board there is a mastercabin on the main deck, and two double and two twin cabins are located on the lower deck. 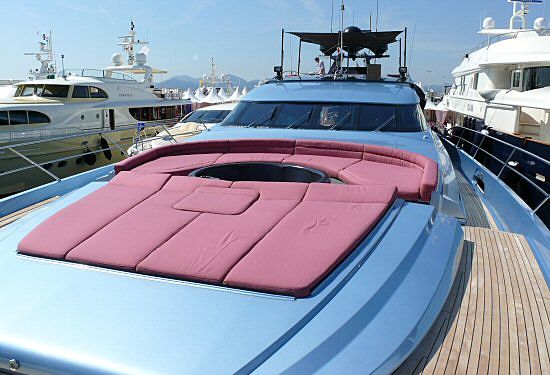 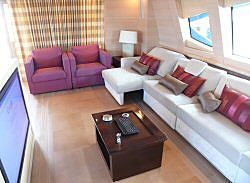 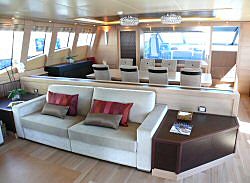 The new Palmer Johnson 135’, while keeping the ever-popular look of the 120’ has many differences as well. Waverunner offers the client 3 ft of extra beam, walk-around covered side decks and 5 staterooms, along with astonishing outdoor areas including a large sundeck on top as well as a Jacuzzi and sunning area on the foredeck while not losing any of the trademark predatory look the company has given its entire Sport Yacht Series. After selling 6 of the 120’ Sport Yacht Series, the new 135’ is off to a great start with 2 already sold. 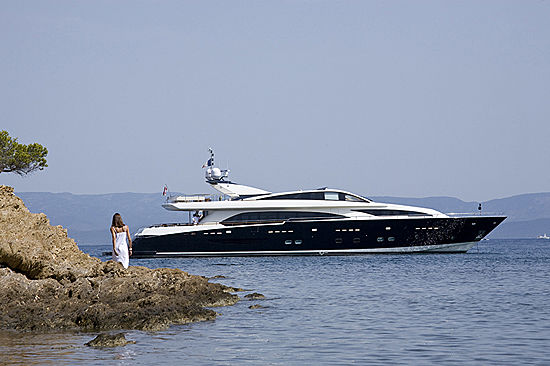 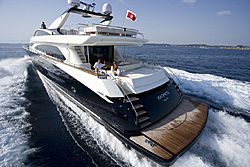 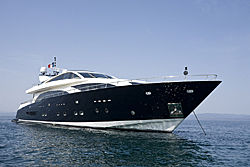 During the month of May 2007, Couach Yachts will launch it’s first 3700 Fly, Kadimo's. It only took 12 months, including studies, for Couach to deliver this new model: a record! With this contemporary style 37 metre yacht, the French brand confirms its entry into a new era (if there was ever any doubt!). Couach has created a yacht of elegant beauty, with lines that perfectly mirror its performances.

For the development of this new model, Couach’s design department has imagined everything that the new businessman expects from his boat; a resource for both work and pleasure. The state-of-the-art equipment which is usually reserved for yachts of 40 metres has been concentrated into this 37 meter vessel.

The 3700 Fly features 2 outstanding leisure innovations:
- Home automation management for lighting, blinds and videos which create a personalised atmosphere on the upper deck combining sound, image and light;
- Music on demand: an entertaining and user-friendly system which with a simple remote control, allows you to compile play-lists chosen from a central electronic music library, creating different musical ambiances in each area of the boat. 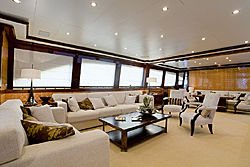 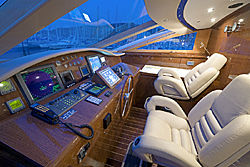 With it’s 2 x 2735 HP engines, the 3700 Fly offers a top speed at half load of 30 knots, two 60 HP hydraulic propellers for excellent maneuverability, as well as all the equipment necessary for complete autonomy.

The first unit to be launched, Kadimo's, with an interior designed by the celebrated Paris firm Pinto, presents a successful interpretation of the values of a true sailing enthusiast: it’s sporting character wholly in agreement with the exterior lines of the boat, incorporating the spirit of adventure and mythical transatlantic expeditions. 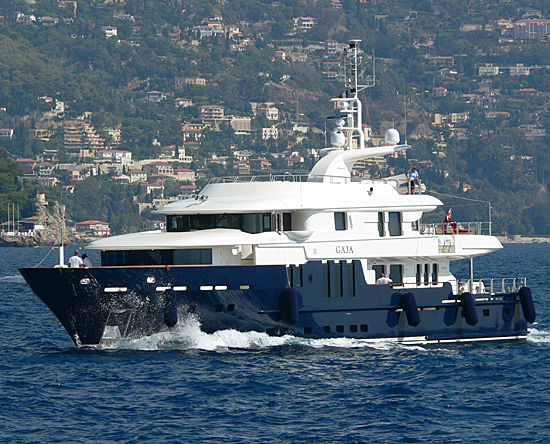 The first superyacht to emerge from this Russian shipyard is Gaja, a 34.95m tri-deck, with an innovative and interesting lay-out. Gaja features two salons on the main deck, one in the traditional location, and a second in the forward part of the superstructure, where 180 degree views can be enjoyed. The mastercabin is located in the aft section of the upper deck, thus allowing the owner to step out onto the deck directly from his cabin. Down below another 6 guests are accommodated for, in two twin cabins, and a large double VIP. The 7 crew is housed in the traditional location, in the bow of the ship, with an extra cabin for the engineer in the stern of the ship. The sundeck on Gaja is the ideal place to take in the sun, and enjoy the view. There is a large Jacuzzi surrounded by sunpads forward. The sundeck also features additional seating and a large bar.
Gaja's styling is by Newcruise, and the eclectic interior comes from Metrica. 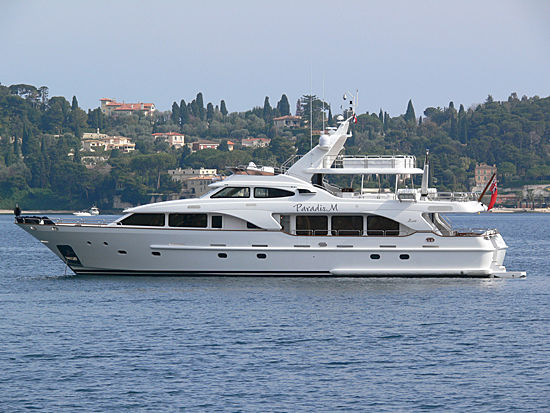 The Benetti facility of Fano has delivered another new yacht, 30.23m Paradis M, hull number 12 of the Benetti Tradition line.
The owner respected the original Righini lay-out preserving the panoramic master cabin to have a perfect view over the bow. The only changes have been to the owner's bathroom where a sauna was added, and in the guest rooms where a pullman bed was added for extra accommadation. Cherry wood has been used for the furniture, and madrona cherry briar root for the doors. Poltrona Frau designed all the chairs in the dining room. The owner's bathroom is decorated in precious white and yellow onyx, while the shower is decorated with a gold mosaic. Paradis M is powered by twin 1.000HP Caterpillar C18's, and has a top speed of 15 knots, while cruising at 14.2 knots. At 10 knots she has a 2100 nautical miles range. Paradis is ABS classed.