Cantiere delle Marche has appointed Denison Super Yacht Division as the US exclusive dealer for their new range of explorer yachts. The two companies have worked closely for several months, resulting in the sale of a Darwin Class 102’ (formerly 96’) and the signature of one letter of intent on a Darwin Class 96’. 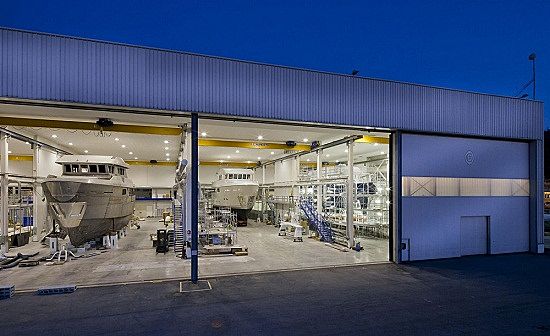 Vasco Buonpensiere, Sales and Marketing Director of Cantiere delle Marche, comments, ”there is no doubt about the need for Cantiere delle Marche to have someone who transfers our values, mission and vision on a daily basis in the US market. Beside a strong marketing plan, we are also working on a dedicated range of vessels which are engineered and designed exclusively for the American market, after having interviewed more than 250 potential CdM yacht’s owners in the US. This wouldn’t have been possible without such an experienced and proactive partner.”

Bob Denison, founder and President of DYS strongly believes in the success of CdM in the North American Market. He comments, “the Denison team is thrilled to be representing CdM in North America. As a grandson, a nephew, and a son of aluminum boatbuilders here in the U.S., this product is very special to me personally. I strongly believe in the CdM and can’t wait to introduce the American market to the product.” 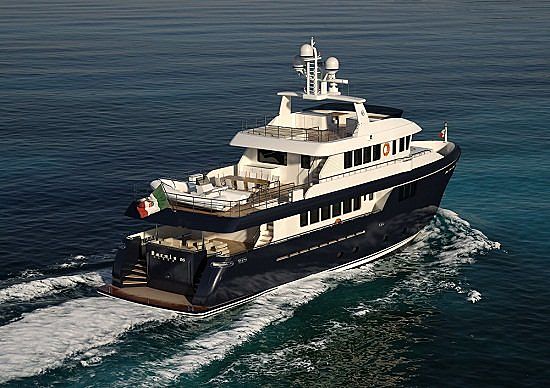 Cantiere delle Marche produces vessels in a limited number of units. The Darwin Class and the Nauta Air Explorer Yachts combine the luxury specifications of a superyacht with the size of a steel hulled mini-ship designed for long range use, at an average speed of 10 knots with ranges up to 7000 miles. The Italian shipyard will bring two boats to American Boat Shows in 2015 in Miami and Fort Lauderdale.