With superyachts Acala and Babbo cruising the seven seas, Cantiere delle Marche (CdM) has added another motor yacht to its 102’ Darwin Class line of explorer yachts this week. She is named Galego and will officially be presented to the industry at the Cannes Yacht Show later this year. 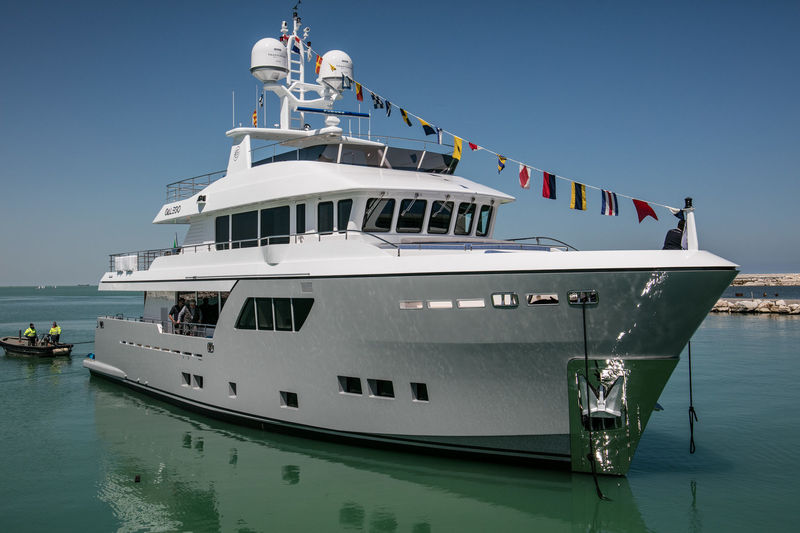 The steel and aluminium yacht is designed and engineered by Hydro Tec and her owner selected Arch. Pierluigi Floris to design the interior of Galego. Her owners, who follow an active lifestyle, customised their new yacht by having a fully-equipped fitness centre to keep in shape when not at home. The tender bay was also redesigned to be able to house the fleet of waterspors toys and tenders that would be used during their adventures.

Floris styled the interior by using walnut wood tones and Poltrona Frau leather that covers 90% of the bulkheads. The overall style is a classical one with several contemporary touches throughout such as custom free-standing furniture pieces and personal artwork collections. Guests are accommodated in four cabins (one master, a VIP, and two guest cabins), with an additional three crew and one captain’s cabin. 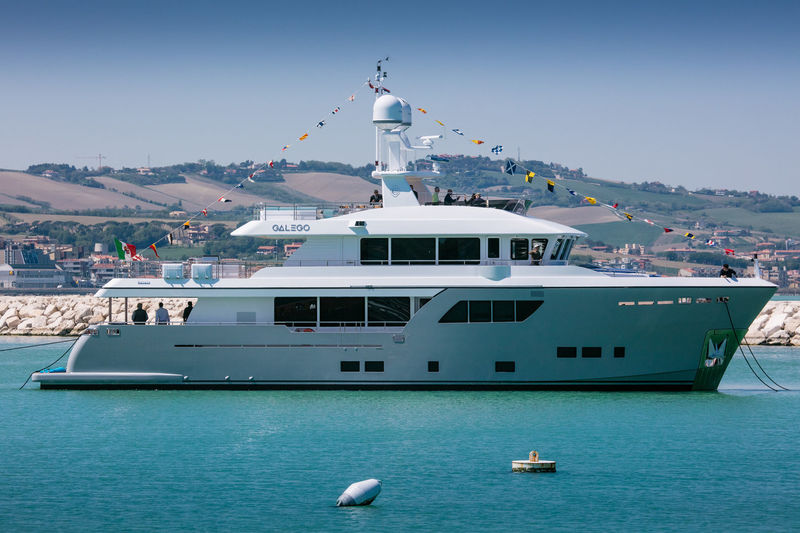 Ennio Cecchini, Co-Founder and CEO of Cantiere delle Marche, comments: “I have personally been involved in the construction of this new Explorer Yacht and I followed all the steps, since the beginning. It is a huge project under every aspect and I am certain that the relationship we established with these clients made this project simply amazing."