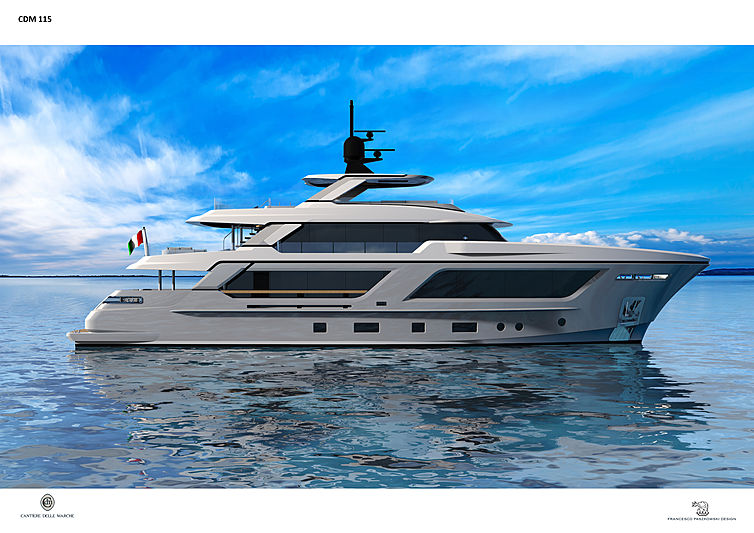 “We have worked extensively on this project for months with Francesco,” comments Cantiere delle Marche co-founder and Sales & Marketing Director Vasco Buonpensiere. “It stems from a fruitful collaboration between the yard’s team and the talented Florentine designer who has indeed developed a series of MG explorer yachts with an MG129 already under construction, an MG115 sold and two more contracts (MG147 and MG115) on the final straight. This means that the full MG range will be sold by the end of the year.” 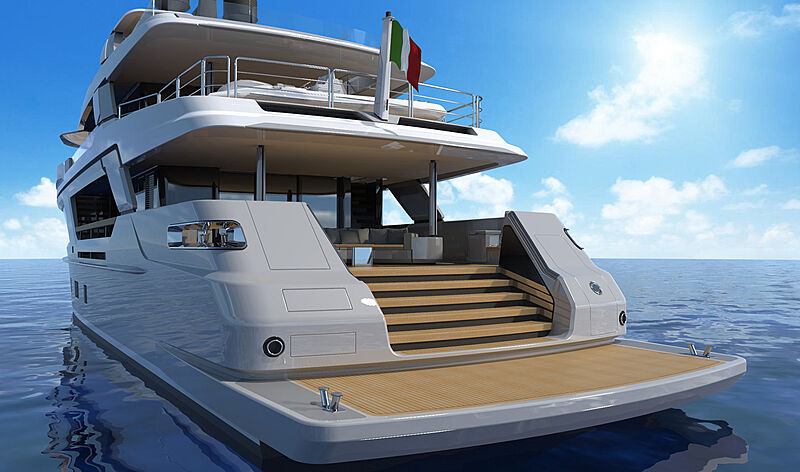 Photo: Cantiere delle MarcheCantiere delle Marche’s 35-metre MG115 is an explorer yacht with a tense and dynamic profile and an addition of elegant lines. Despite being relatively compact, the MG115 manages to incorporate the sorts of spaces and luxury amenities you’d expect from a larger yacht. “We don’t produce ‘white yachts’ that look like explores just to follow a trend,” says Buonpensiere. “Throughout the years, we have showed the market that we are able to build true explorers that have both elegance and style of a white yacht. The solutions we have fielded to make the MG line meet all these requirements are once again driving CdM’s explorer yachts forward.”

A large emphasis is placed on the outdoor areas on board the MG115, with ample al-fresco dining opportunity on each deck. Inside, the main yacht’s two saloons have a substantial amount of light coming in from large windows. 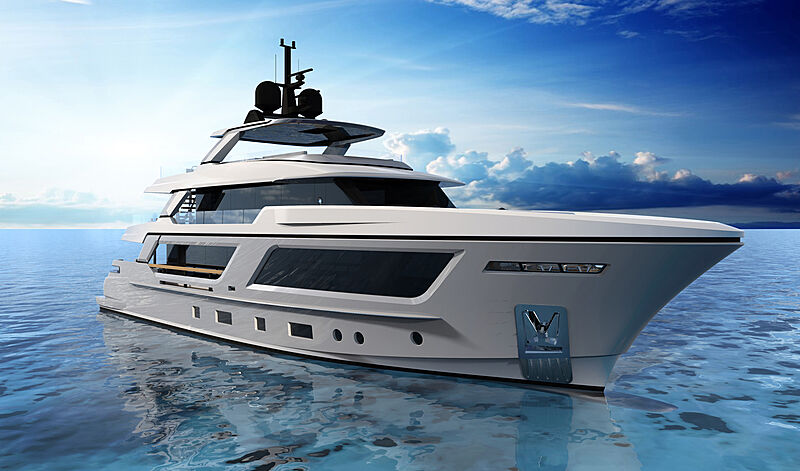 Photo: Cantiere delle MarcheUp to 10 guests can be accommodated on board Cantiere delle Marche’s MG115 yacht, in a master suite on the main deck forward and four guest staterooms on the lower deck made up of two VIP suites and two twin staterooms. Guests can be taken care of by up to five crew, who have their quarters on the lower deck, and the captain whose cabin is next to the wheelhouse.

Compliant with US EPA Tier 3 and IMO Tier II emission standards, the MG115’s twin CAT C18 Acert engines allow her to reach up to 13.5 knots, cruise at 12 knots and have a range of around 5,000 nautical miles at her most fuel-efficient. 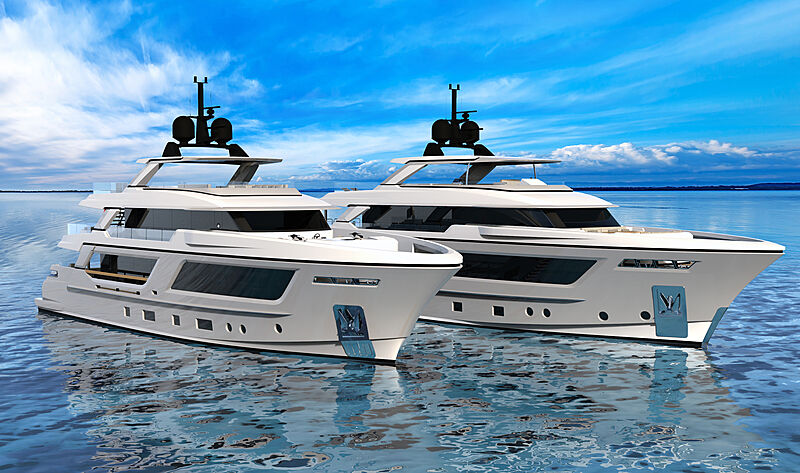