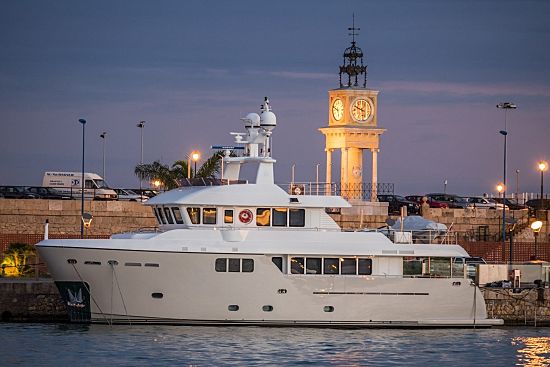 Percheron is the second hull in Cantiere delle Marche’s successful Darwin Class explorer yacht series. She is constructed entirely out of aluminium and was built to a design by Sergio Cutoio of Hydro Tec and made her international debut at the Cannes Yachting Festival in 2012 soon after her launch. The yacht has recently departed Spain and is currently making her way across the Atlantic; a trip she has successfully completed before in 14 days with fuel to spare for an additional 4 to 5 days of cruising. Here she is seen alongside in the port of Tarragona.