Cantieri di Pisa - Gruppo Baglietto - is pleased to announce the launch of the New Akhir 108' which will debut at the Festival de la Plaisance, in Cannes from the 10th to the 15th September 2008. The new Akhir 108' has been created by the Italian designer Carlo Galeazzi, who has sensitively refreshed the original lines that were drawn over thirty years ago by the skilful hand of Pierluigi Spadolini. The new Akhir breed is notable for combining traditional values with innovative design and technology. 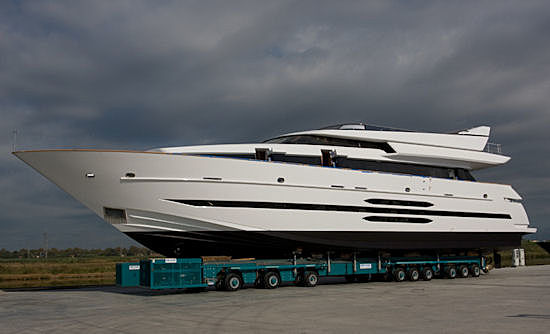 Created by Cantieri di Pisa’s in-house interior design department, the interior boasts an elegant linear style in which the warm tones of natural teak blend with the red Paduk of the inlays and mouldings.

The new Akhir 108’ accommodates eight guests in four staterooms on the lower deck; two twins, a VIP and a full-beam owner’s suite. Two further guests can be accommodated by transforming the owner’s study on the main deck into a double stateroom with private bathroom. A noteworthy feature of the owner’s suite are the two blocks of nine rectangular portholes (one on each side) set flush to the hull’s exterior surface that allow huge amounts of natural light to enter the stateroom, particularly at sunrise and sunset, and also provide amazing views while the yacht is underway. 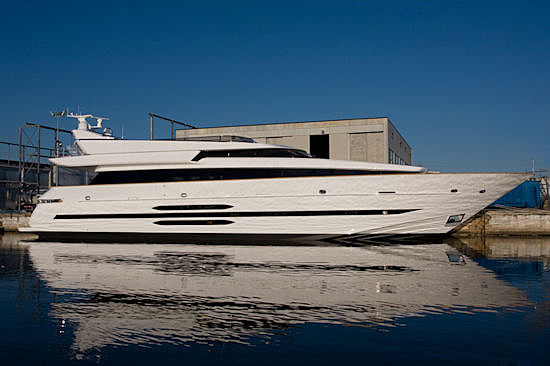 By the spring of 2010 Cantieri die Pisa will launch four other new models all of which, like the Akhir 108’, were designed by Carlo Galeazzi. These range from magnificent Akhir 153’ flagship, through the 118’and 135’ models, to the Akhir 90’, that will become an elegant entry point to the Akhir world.