Cantu Design has unveiled the designs for a new 100-metre superyacht concept called CD100, initially designed for a movie loving client who worked closely with the team to create a vessel with timeless interiors and an unusual arrangement. The yacht has been inspired by Art Deco influences, seen even in the lines of her exterior design. 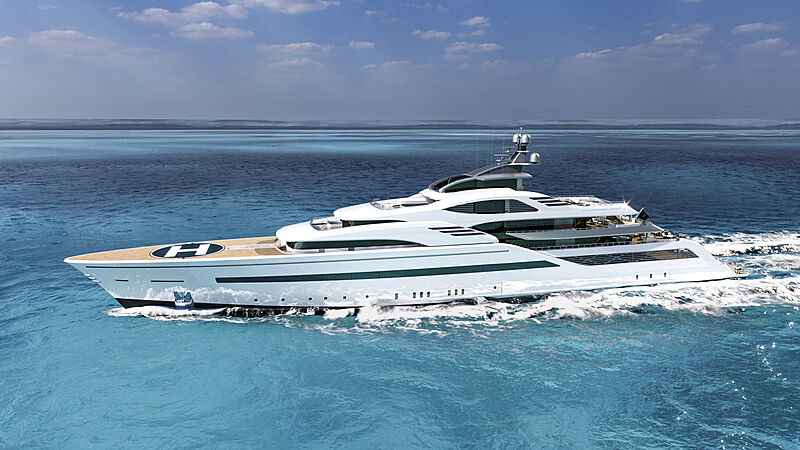 John Cantu, founder and principal designer of the studio commented, “The design of this project was heavily influenced by my experience working under Glade Johnson on Attessa IV. The design brief required a yacht that the owner could entertain guests on at various film events around the world such as the Cannes Film Festival. The ability to host private parties within a dazzling interior with a cinema at the heart — aft of the upper deck — was an important factor.” 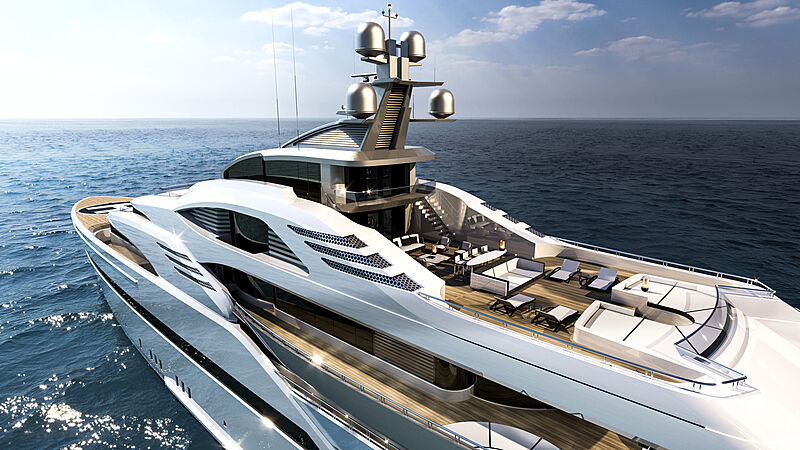 Forward of the cinema is a square atrium to visually link the upper and main deck, at the bottom of which is formal dining, with a casual lounge area and performance space with a piano completing the main saloon. The aft main deck is dedicated to the stowage of tenders and toys, “We wanted to avoid creating a dedicated internal space for bulky machinery that spends more time on the sea when at anchor than on deck,” explains Cantu. 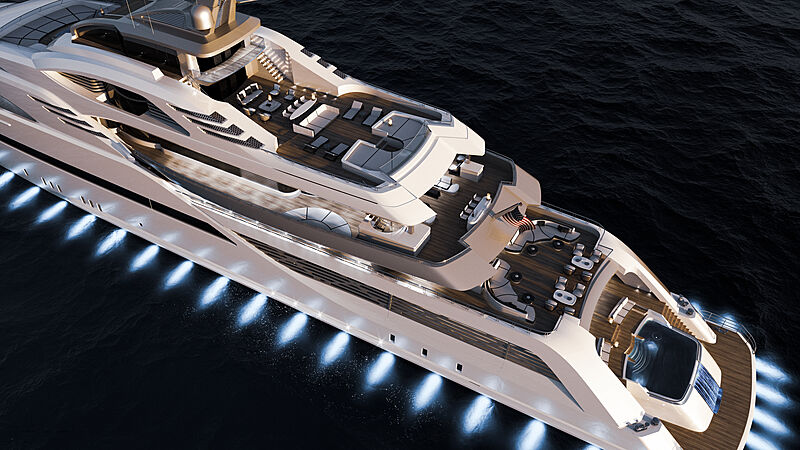 The main deck tender bay provides an al fresco lounge space where the owner can show off his favourite toys and coordinate water adventures off the aft deck. Stowing toys on this level helps to minimise dead space and utilises all of the lower deck, which features a large wellness centre with a gym, massage room, hammam and sauna, changing rooms and a large diving room. 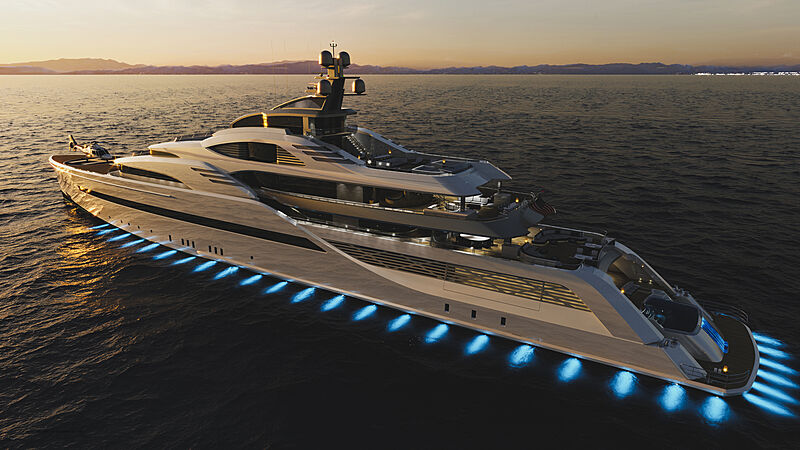 This level can be accessed directly from the stern or from the central lobby, via a glass-walled corridor that cuts through the engine room. Equally, the owner and guests can access the main deck via a staircase on the starboard side. It leads up to the aft main deck where guests can enjoy a large swimming pool surrounded by aft facing seating and a central staircase that leads into the pool. When the tenders are deployed, the slatted-style folding platforms, allowing guests to enjoy a full-beam deck area, to be used as a dance floor or extension of the pool deck. 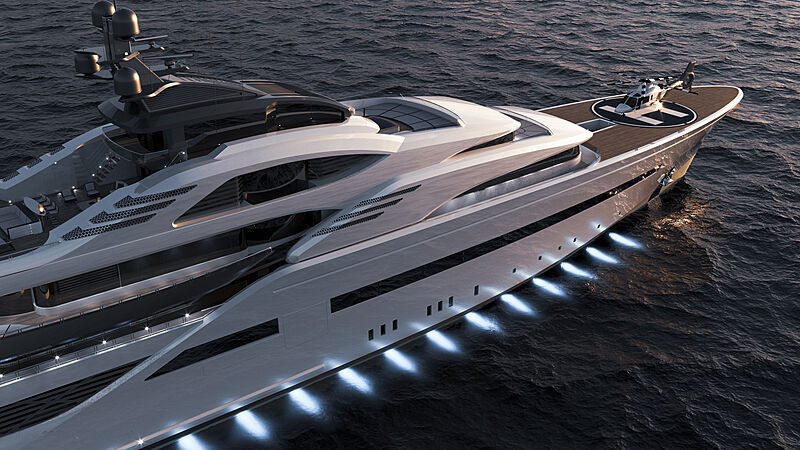 “One of the keys to the interior layout was to try and make the journey from one end of the yacht to the other as interesting as possible,” says Cantu. “By opting for curved walls and corridors wherever possible, it adds intrigue and avoids the mundane straight line that we have become accustomed to seeing.” 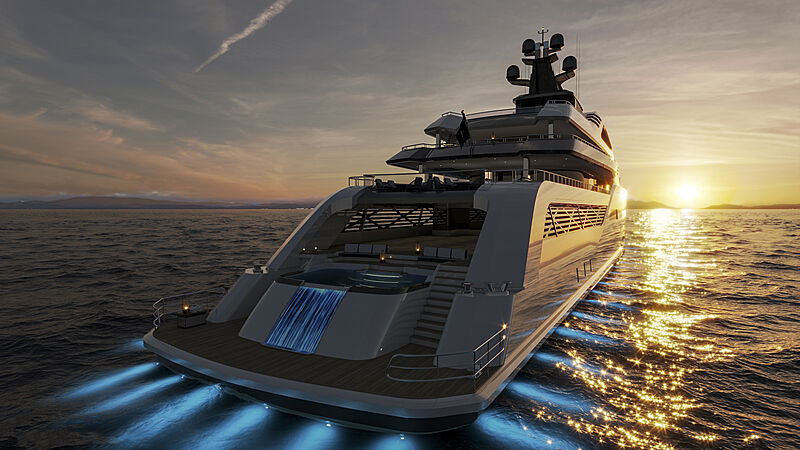 The yacht can accommodate as many as 14 guests in total, with two VIP suites, three doubles and two twin suites. The owner’s suite is located to the fore of the owners deck, with a private Jacuzzi and sunbed facing the helipad at the bow. 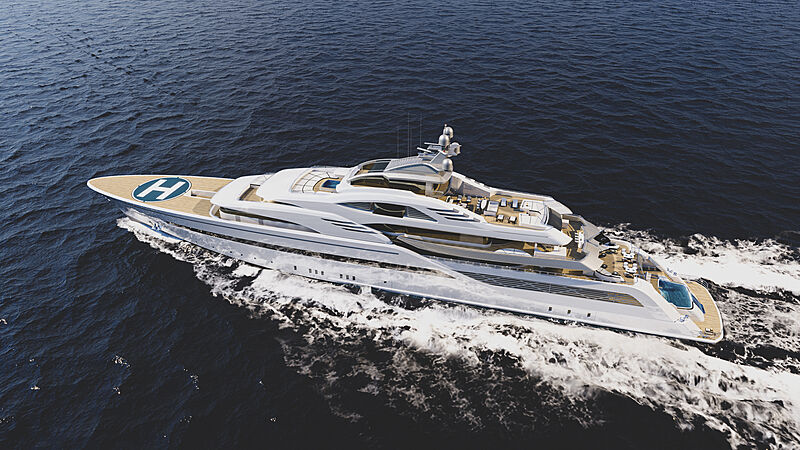 The sundeck is home to a large circular skylounge with a second pool forward enclosed with sunpads. Additional sun loungers and casual seating are provided aft of this deck. A visual connection is made between the owner’s foyer and the skylounge thanks to exterior curved glass panes that extend from one deck to the other. Above the sundeck is the top deck with an enclosed observation lounge-meeting room with balconies forward and aft where guests can enjoy a more intimate and private setting.