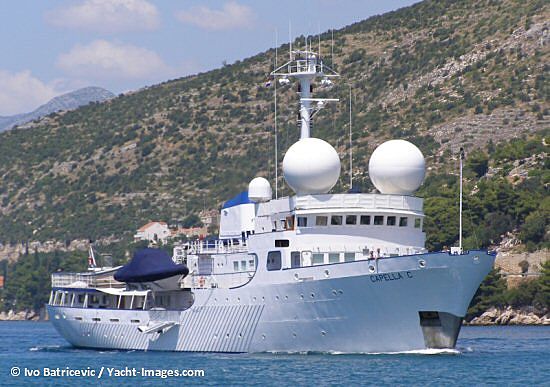 Built by Scheepsbouwwerf Gebroeders Pot as a commercial vessel in 1968, Capella C was converted into a yacht in 1985 by her current owners. She has her home berth in Port Hercule of Monaco and cruises often in Croatia and Greece during the summer, however she cruised in the United States last year. Here she is pictured while arriving in Dubrovnik on 26 July 2008.