Home > News > The Capri Classica kicks off with schooner race

The Capri Classica got off to an exciting start in the scenic Bay of Naples yesterday with an action-packed opening day of racing. Organised by Circolo Remo e Vela Italia, the Yacht Club Capri and the International Schooner Association with support from the International Maxi Association, the race for large classic schooners was between four vessels: the 42.06-metre Mariette of 1915, the 39-metre Naema, the 25.9-metre Orianda and the 38.4-metre Puritan. 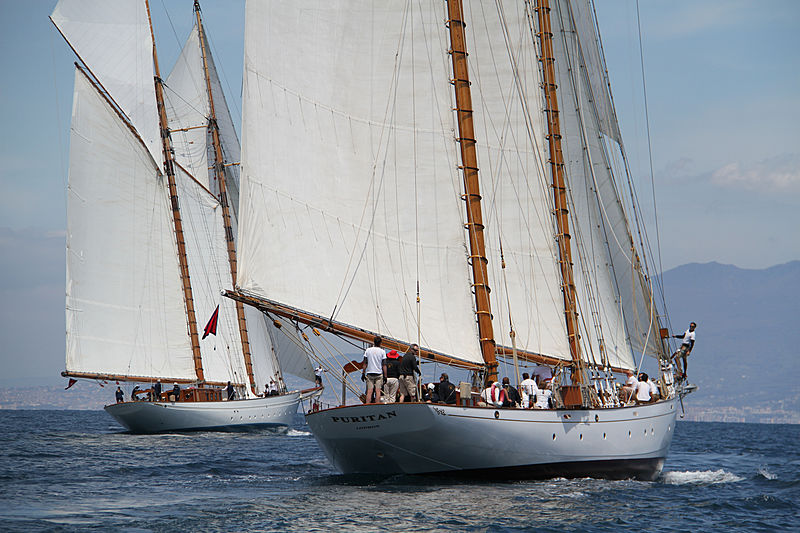 Photo: James BoydDelayed by an hour due to heavy winds, the race saw intense competition between old and new as the Herreshoff-designed Marietta of 1915 sailed neck-and-neck with the 2012-built schooner Naema from the outset. While Mariette of 1915 initially held the lead around the first mark to the south of Punta Campanella, Naema redeemed herself and pulled ahead during the return to the Gulf of Naples. 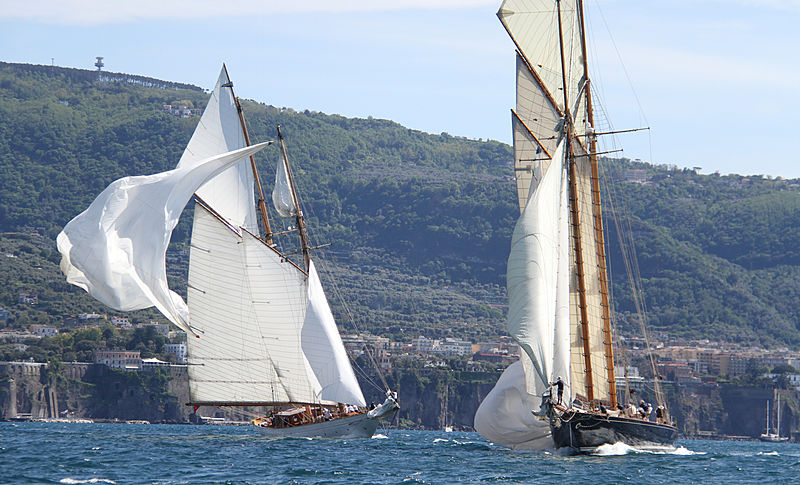 Photo: James BoydA split-second handling error became a game-changer as winds over 15 knots caught Naema off guard, allowing Mariette of 1915 to regain the lead. “Then there was a moment where we had to make a decision – do we follow them or do we do something different?” recounted Florian Franke, Captain of Naema. Choosing a different direction than Mariette of 1915 and heading back into the Sorrento Peninsula solidified Naema’s fate as the winner. Naema won the day overall, beating Mariette of 1915 by 15 minutes on corrected time. 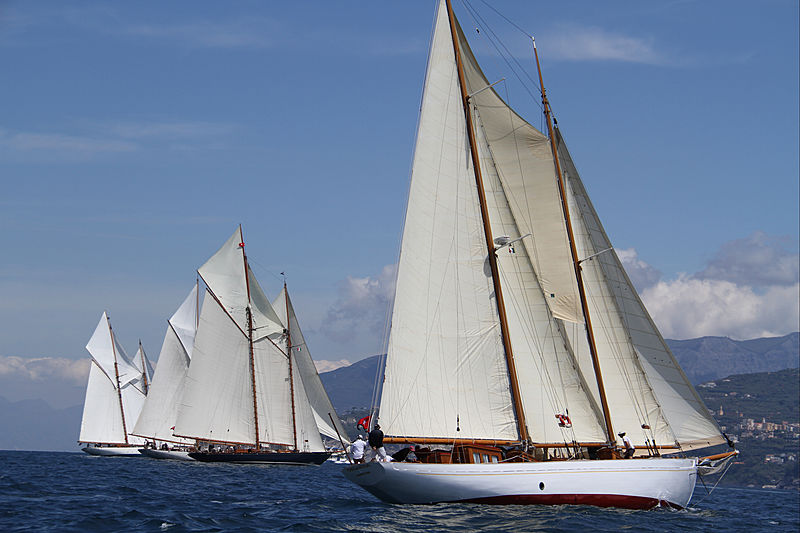 Photo: James BoydFurther behind, Puritan was slowed down by a metal fishing net wrapped around her drop keel, and as a result, she and Orianda were also neck-and-neck. Despite her smaller size and consistent speed of only 8.5 knots, Orianda still finished within the time limit. Orianda’s captain Sebastiano Marulli d’Ascoli commented, “The event is amazing. We are the smallest so racing with these other schooners is incredible, really an honour.” 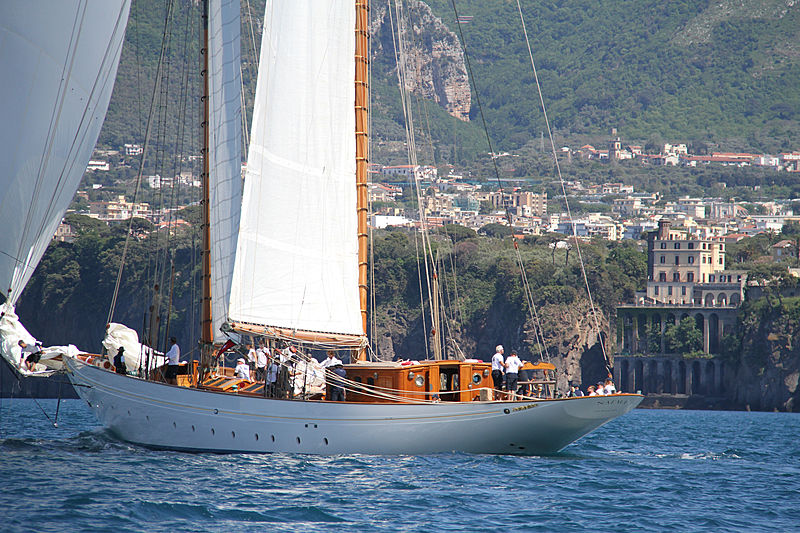 In Pictures: The Mediterranean Yacht Show 2019 comes to a close

In Pictures: The Mediterranean Yacht Show 2019 opens its doors