As the new 45 metre Heesen superyacht Amore Mio sets off on a series of intensive sea trials on the North Sea, we see no better time to catch up with her captain, Tripp Hock, to discover his views on a project that he has been involved in from the start. 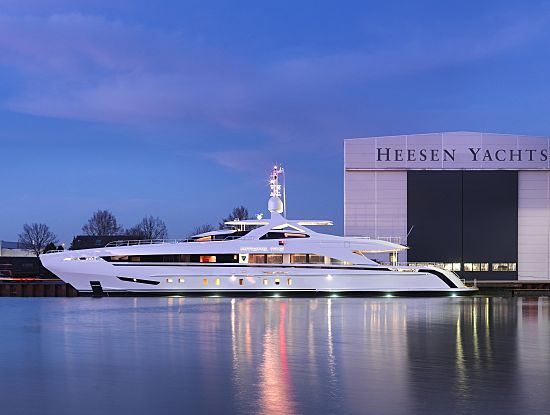 Captain Tripp grew up in the outskirts of New York and had started working on Wall Street after university. He quickly realised that city life was not the fit for him, and then found himself in the Caribbean working on dive charter boats in his early 20’s. He has come a long way from his deckhand days and has for the past 16 years worked for the same owner, whose latest vessel is the brand new 45 metre Heesen Amore Mio. The yacht is another of Heesen’s nearly all-Dutch projects with Omega Architects having drawn the vessel’s sweeping and sporty curves, and Van Oossanen Naval Architects taking care of everything below the water line - making sure Amore Mio doesn’t skip a beat while underway. Italian designer Cristiano Gatto was tasked with the styling of the interior. We asked Captain Tripp a few quick-fire questions about his latest command. 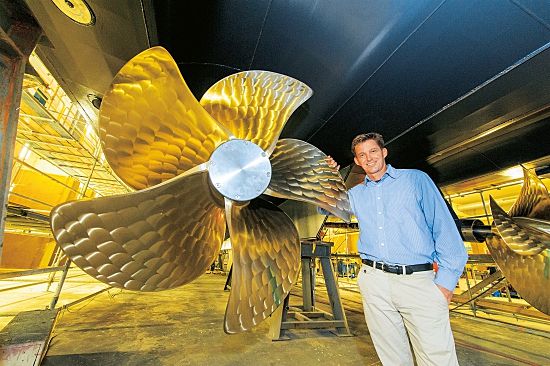 What was your involvement in the build process of the yacht?

I had the fantastic opportunity to be a part of the project from a very early stage during the Technical Specification review – every Captain’s dream of being able to get the yacht fitted out properly according to the owner’s wishes and the crew’s needs from day one.

How has your experience in the industry contributed to the successful launch of Amore Mio?

Having been involved with 4 new builds at Heesen alone, I am in a great position knowing already all the department heads personally and being able to fast track requests and issues directly to the right people. This knowledge and intimacy at any yard makes the build process far more streamlined. 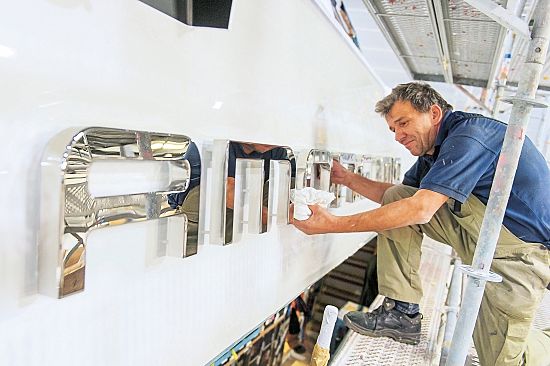 The yacht is built for a top speed of 30 knots, what comforts have guests to look forward to on board?

Cristiano Gatto has done a really splendid job on the interior. It’s a very comfortable yet contemporary design for a summer use boat. Further more, the massive deck spaces both on the main deck and flybridge make you think you are on a much bigger boat.

Can you name your personal favourite on-board feature?

There are too many! The owners enjoy daily morning yoga sessions, so we have catered for that with a giant outdoor yoga area on the flybridge. Plenty of new toys and activities for the Owner’s young children with a beautiful Boesch tender that will transport guests to and from shore. Heesen have done a great job with their unique MOB reaction system (MOB buttons around the boat that automatically drop life rings, mark the chart plotter, sound alarms for crew, etc.). Lastly, from the crew perspective – its hard to find a boat that has more than enough exterior storage for the toys and equipment – and this one does! 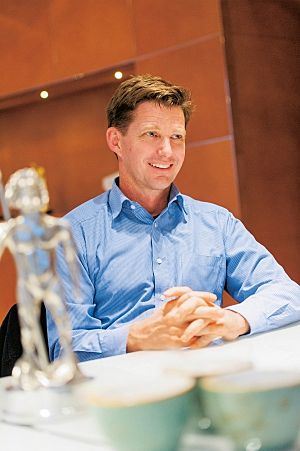 How well is the yacht set up in terms of crew amenities and accessibility to the guest areas?

Heesen always does a great job on the crew areas – the cabins are smartly laid out and finished well for the purpose. Another nice feature saving a lot of equipment onboard is a hierarchy in the Entertainment system matrix – when guests are on board all the media players, Apple TV’s, receivers etc have dedicated use to the guest cabins, but off charter we throw a switch and the crew gets to make use of them.

What sets Heesen apart from other shipyards which you have worked with in the past?

Of course Heesen, along with many of the other northern European yards, are well known for their build quality and attention to detail. Their punctuality and willingness to work with the client’s wishes stand out, and I am confident, considering the overall value proposition that Heesen delivers, this will not be my Owner’s last project with them!