It is with great sadness that I learned about the death of my friend and respected yachting colleague Tork Buckley. Captain Tork passed away on 29th December 2012 in Thailand, where he lived for the past couple of years. Tork was a well-known character in the superyacht scene and he had a great sense of humour, and understood the superyacht scene like no other. 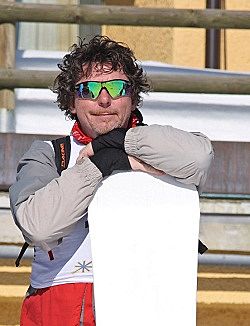 I met Tork many years ago and while we always greeted each other before, it wasn’t until the Summer of 2009 I really got to know him. It was somewhere in July 2009 when both Tork and I attended the launch of a yacht in Vigo, Spain. We were part of only a small group of international journalists and on one of the evenings we got chatting in the bar and that’s when I got to know the “real” Tork; a great man who not only had a big passion for yachting, but also an incredible knowledge and of course a great sense of humour.

During that same summer we had also spend some time together on a trip to Hong Kong and Taiwan. Over the past years I have enjoyed Tork’s company many times. The last time I had to pleasure of seeing him was in August in Amsterdam.

Tork, it was a pleasure to have known you and you will be greatly missed!!

We send our sincere condolences to his family, friends, and colleagues at The Superyacht Group.