It would usually take more than fire, pestilence and flood to stop Francis Lapp going to work, but he's made an exception for us. Speaking to the founder and CEO of the Polish luxury catamaran boat brand over video call, there’s a definite impression that, while he’s not displeased to be taking part in the interview, there are a million and one things slated as more ‘urgent’ on his priority list. “Truth be told, I am in the factory from 5:50 in the morning and I will be there until very late in the evening - Saturday and Sunday also,” he admits. And on that note, we make a start. 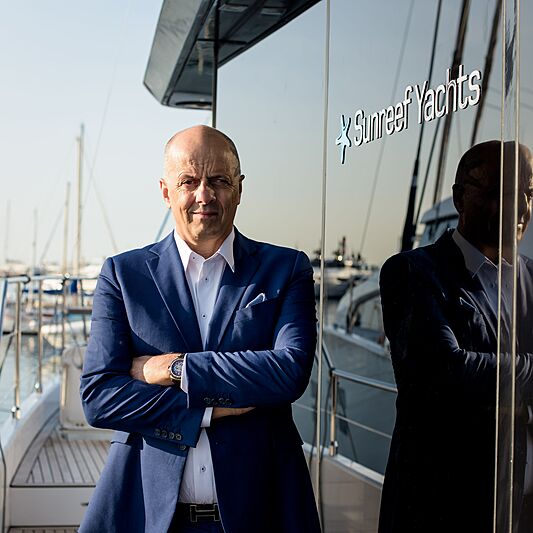 It’s no surprise really: Francis Lapp has always had to work hard. Hailing from a small town near Mulhouse in the French region of Alsace with fewer than 500 inhabitants and with his mother earning the family’s living as a seamstress, Lapp is a man who has had to make his own luck. Beginning his career working for France-based multinational corporations, Lapp spent two years building hospitals in Saudi Arabia before quitting his job in the late '80s and starting his own business at the age of 26 in electrical installations in France.

1992, however, marked the jumping-off point in Lapp’s career. He was invited to take part in a 4x4 rally in Poland and stayed put, founding his next industrial electrical installation business in Warsaw and completing works to meet the supermarket boom which followed the fall in communism during the summer of 1989. Indeed, thanks to the shock therapy of the economic Balcerowicz Plan adopted in the same year (aiming to supercharge Poland’s economy and leading to GDP growth rates in excess of 6%), it was the ideal time for foreign investment in Poland and Lapp wasn’t about to stop there. 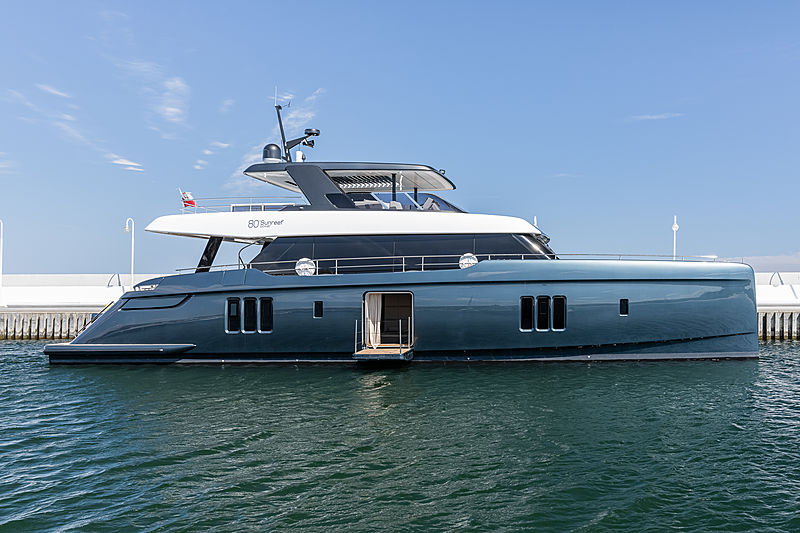 It was lived experience, rather than economic motives, however, which lay behind the founding of Lapp’s next, and most successful, business venture: Sunreef Yachts. As an active sailor during the 1990s (he took part in the Polish Hobie Cat Championships of 1996, coming sixth in the Hobie 16 class), Lapp was soon bitten by the multihull bug, buying three cruising catamarans and beginning to charter them out, initially under the brand of Sunreef Travel. When it came to building quality, however, there was an issue: “When I started to charter out my first catamarans, I noticed that both inside and outside the overall quality wasn’t good enough or matching my expectations. There was too much plastic and it was definitely not luxury.” 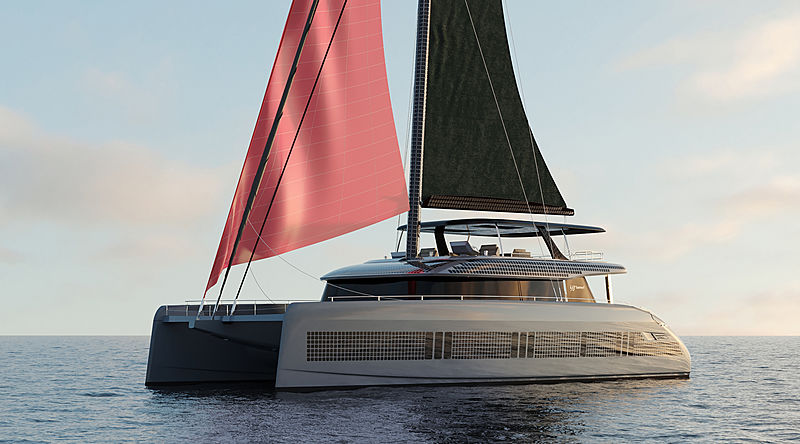 Photo: Sunreef YachtsWorse still, when Lapp looked to make changes to his next in-build catamaran, the company from whom he wanted to buy the boat told him, ‘no can do’. This inflexibility in the market represented the final straw for Lapp. “At this point, I thought, okay, it’s time for me to start building my own. I imagined there would be clients out there looking for the same thing that I was and those could be my future customers.”

And so, at the end of 2001, Lapp founded Sunreef Yachts alongside his son, Nicolas, whose travel agency had previously been involved with yacht charter. Leasing 6,000 square metres of the Gdansk Shipyard (renowned internationally as the founding location for Solidarity or ‘Solidarnosc’, the first Polish trade unions), Sunreef Yachts found its niche as the first shipyard in Poland to specialise in the construction of luxury catamarans. 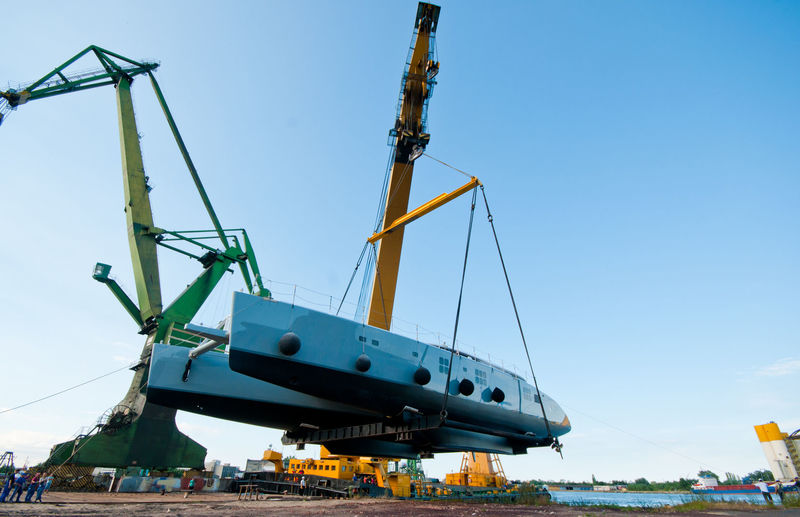 Sunreef Yachts made its yachting debut at the Cannes Yachting Festival of 2003, presenting a 74-foot sailing catamaran which the company claims was the first in the world to feature a flybridge. The reception from the rest of the industry, however, left a little to be desired for the new brand, as the CEO explains: “There were other yards telling us, ‘Guys, you’re not going to make it through the year - there’s no market for luxury catamarans out there.’ ”

However, these discouraging comments only served to get the bit between the teeth of the Alsatian businessman. “As a matter of fact, I never let go of this. My vision turned out to be the right one - and we’re still here today.” Indeed, Sunreef Yachts has delivered plenty of exciting projects along the way which have served to cement the company’s international reputation.

This includes the 34.7-metre sailing catamaran Che delivered in 2010 as the largest single-masted catamaran with a sloop sail at the time, as well as Sunreef ’s newer range of Power cats, one of which (a 23.95-metre Sunreef 80 Power) is owned by none other than tennis legend Rafael Nadal. The company also made their presence felt at last year’s Monaco Yacht Show with the announcement of an order for a new, fully-custom 49-metre tri-deck motor catamaran which is scheduled to be delivered next year. 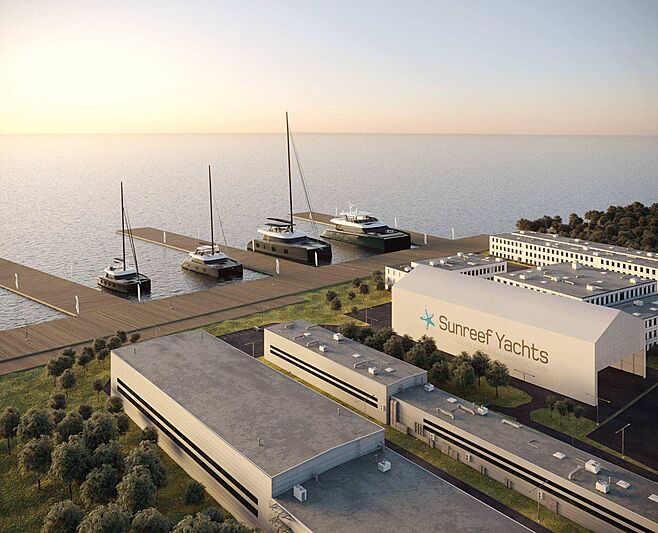 Of course, there have been ups and downs. Remaining seemingly unfazed during the global financial crisis (“We handled the crisis pretty well. We already had some orders going on when it came, so it didn’t have a huge impact on us - when you look at our evolution and turnover over the years, it’s a constant growth”) the company was faced with something of a larger issue in January 2012 when a fire broke out at its facility in Gdansk. The fire started at an assembly hall housing several yachts at various build stages, completely burning down its production site. “I was in Turkey with a client when I heard the news over the phone," Lapp says.

"There was an investigation into the cause of course, but we still don’t really have a clear idea of exactly what happened today.” Thankfully, no employees were injured during the incident, which started off at around 8pm and developed into a full blaze, with explosions from the shipyard hall audible outside. For Lapp, it meant rebuilding Sunreef Yachts’ entire production facility in Gdansk and taking the major financial hit that came with that - particularly as it is a company without any external shareholders. Where less resilient men might have been tempted to throw in the towel, succumbing to despair simply wasn’t an option for Lapp. “I’m not afraid of things in life. When we had to rebuild our facility from scratch, this didn’t strike me as something extraordinary or impossible to overcome. Things are as they are: you just accept them and move forward.” 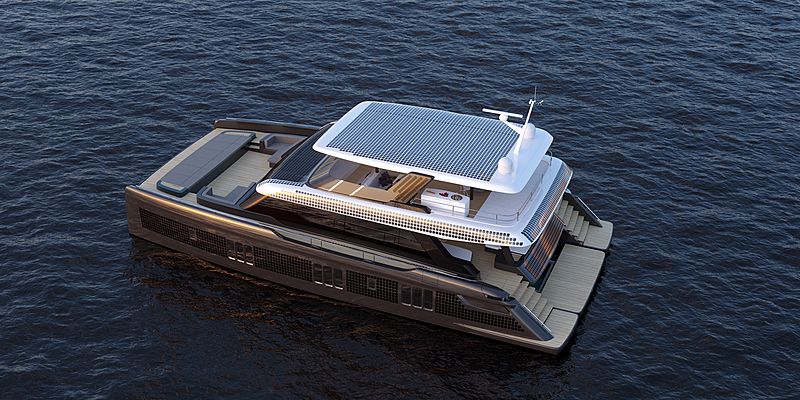 This remarkable durability displayed throughout Sunreef ’s life stands the company in good stead for today’s ongoing challenges, although in a European context, the number of coronavirus cases within Poland is comparatively low at the time of our interview. Regarding the financial implications, Lapp remains typically level-headed: “We will see a decrease in our turnover, but not too significant and we still expect to double last year’s results. Despite the global situation, we are maintaining good progress.”

Notably, too, a serious consideration for the environment is integral to how Lapp envisions the future of his company, which has a whole range of Sunreef Yachts Eco catamarans available (both power and sail). “The idea behind these yachts is to offer a 360-degree concept for eco yachting,” the CEO  explains. “This means more than just electric engines. It is about combining modern technology (light batteries, innovative solar panels, wind turbines) with naturally-sourced materials.”

The current uncertainty triggered by the ongoing pandemic has not stopped the company from developing this technology. This is shown by the recently-unveiled Sunreef 80 Power Eco option available either as fully-electric or hybrid and featuring solar panels covering up to 200m2 with 40kWp of solar-generation capacity. “The Sunreef 80 Eco is seeing some good interest from our customer base and we have recently signed an agreement with Nico Rosberg [the German-Finnish winner of the 2016 Formula One World Championship] to become our ambassador for the Sunreef Yachts Eco catamarans. These difficult circumstances should not stop us from evolving in a green direction.” 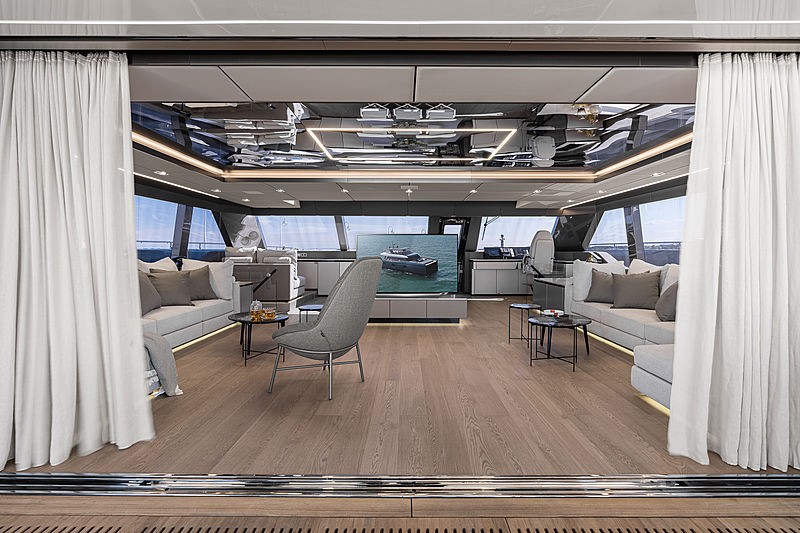 To truly understand what motivates a man with such high levels of stoicism as Francis Lapp, it is best to give him the last word: “I've always worked very hard throughout my life. I haven't inherited a huge fortune. I haven't been backed by a fund, like some other shipyards might have been. It was always about hard work and about being independent, about relying on yourself.” And on that note, Lapp makes his excuses and leaves our video call. There is a shipyard to be run, after all. 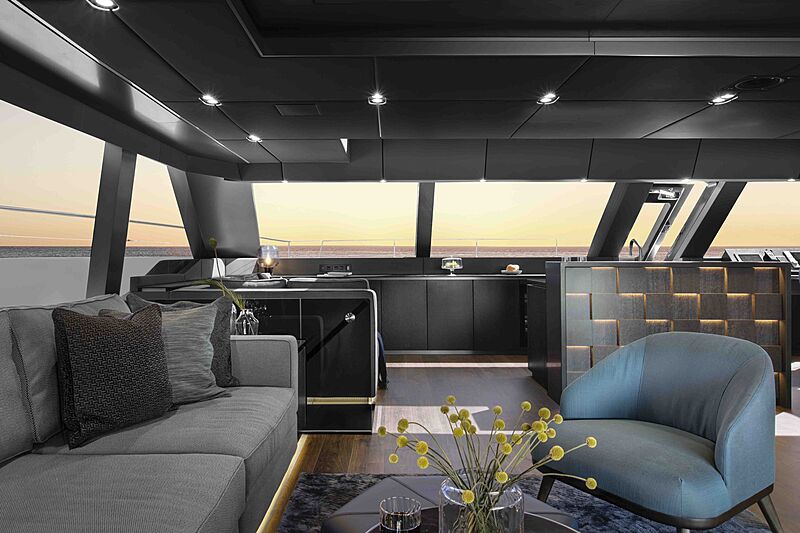 Photo: Sunreef YachtsThis article was first featured in The SuperYacht Times newspaper. Subscribe now to receive your copy straight to your door and never miss another issue.