Italian yard CBI Navi has announced the launch of the explorer Stella di Mare. Known by the project name of CBN45, the 39.6-metre custom vessel has been built for a European client. The project was originally contracted by Mondomarine in early 2015, however, when the shipyard ran into trouble, the project was moved in August 2017 to Viareggio for completion at the CNI Navi yard. 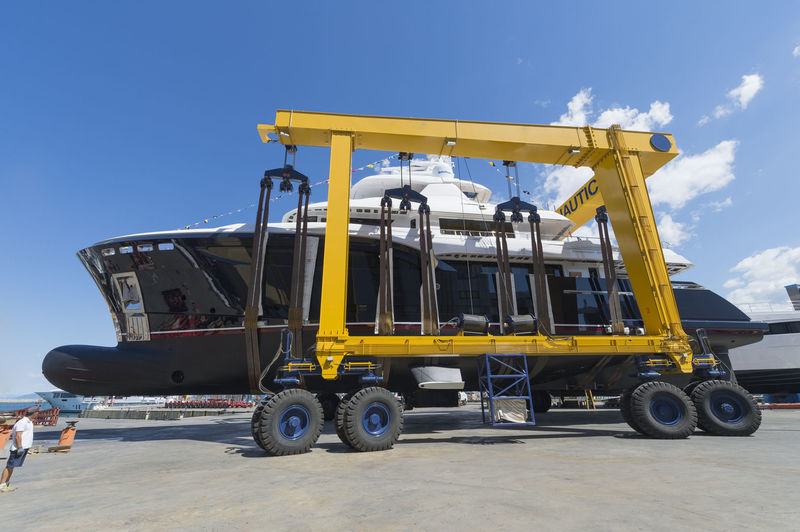 Photo: CBI Navi Stella di Mare has been built to RINA class and features exterior design by Hydro Tec who have given a contemporary feeling to a classic silhouette, with a full displacement steel hull and a bulbous bow typical for a long-range explorer vessel. The interior design is by Fossati Design Bureau, as commissioned by the owner, with her 430 GT volume spread out between generous interior spaces for the private use of her new family. 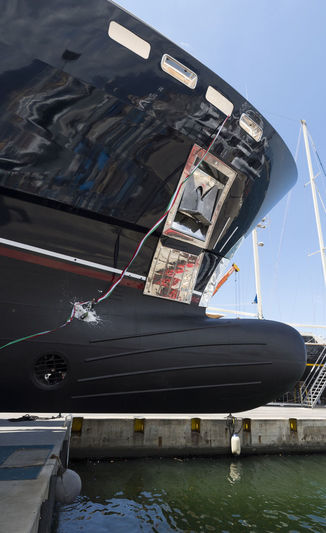 Photo: CBI Navi
Thanks to her beam of 8.6-metres, the interior spaces have ample space to accommodate 14 guests across four generous staterooms situated on the lower deck, with a crew of eight also housed on board. She features a formal saloon with a double 'L' shaped sofa, connected to the dining area which has its focal point on a piece of art, custom made for the vessel: a round sailing chart made by Peter Bellerby & Co. 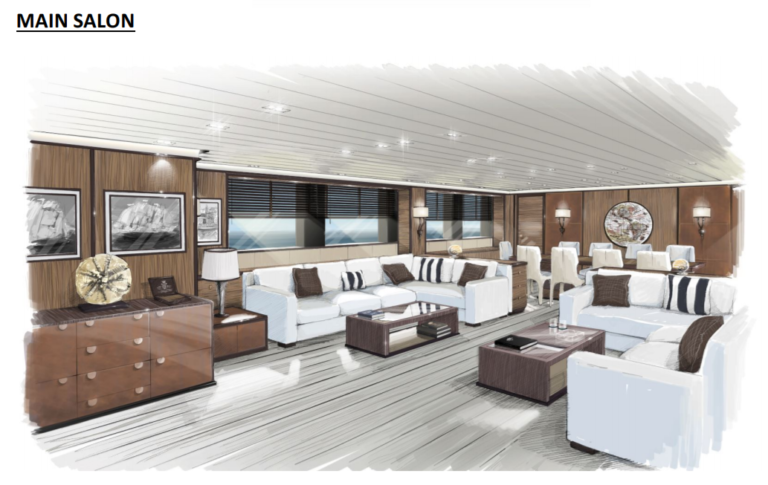 Photo: CBI Navi As for exterior spaces, she features a fly deck of 85 square meters, an upper foredeck of 74 square metres, a cockpit main deck of 56 square metres. The front part of the main deck also includes also a comfortable space for double and “U” shaped sofas. 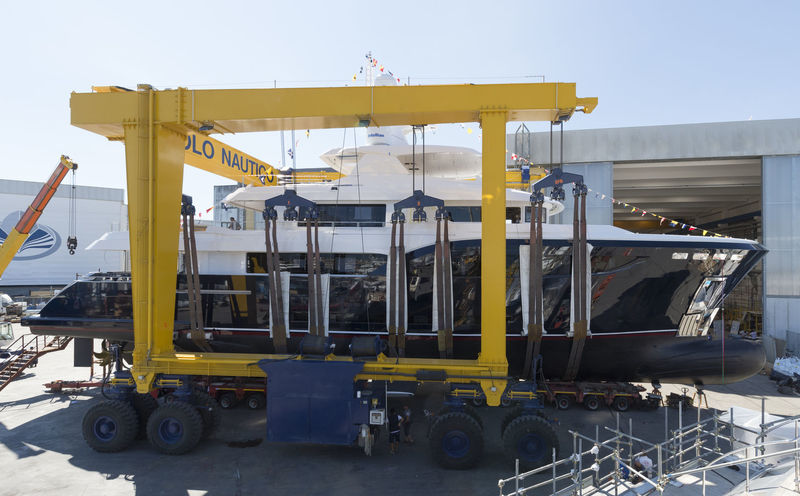 Photo: CBI Navi “The launch of Stella di Mare is a new step in the life of our shipyard, but at the same time, it is not a point of arrival. We have recently closed contracts for new yachts to be delivered in 2019 and 2020. We are glad to deliver the yacht to our client and at the same time to have the chance to present it to the market. All these new developments are making us feel optimistic for the future” , commented Francesco Guidetti, director of CBI Navi. 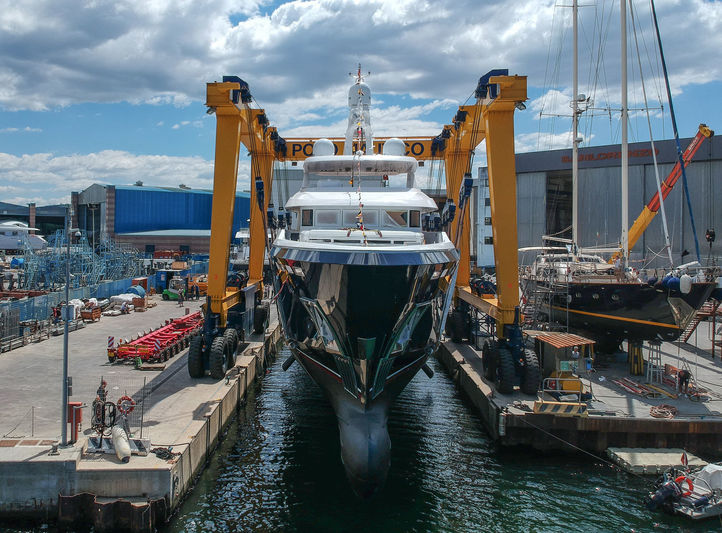 Photo: CBI Navi Powered by twin 1000 hp Caterpillar engines, Stella di Mare can achieve a maximum speed of 14 knots and a cruising speed of 10.5 knots with a long range of 6,900 nautical miles. The boat will make her debut at this year's Monaco Yacht Show.

Five new superyachts to be completed by Hydro Tec in 2015