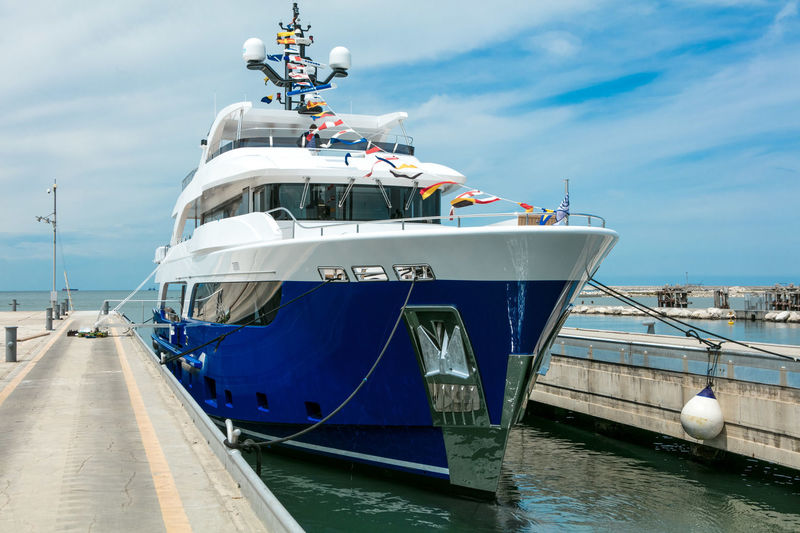 Photo: Cantiere delle Marche“We literally started from a drawing made on a restaurant’s table,” Vasco Buonpensiere, co-founder and Sales Director at CdM explains. “Gatto is the result of great teamwork, and the project kept on growing at a steady pace thanks to the commitment and experience of the owner’s representative, Richard Kaye, the fast responses given by Hydro Tec in terms of design, and the usual intense work of the whole CdM team. The result is simply unique: there is nothing similar on the market, 250 GT, fully custom, so over-engineered and built in Acciaio!”

Powered by twin CAT C18 engines, Gatto has a maximum speed of 13 knots and a cruising speed of 11 knots. At a speed of 10 knots, she has an impressive transatlantic range of 4,500 nm. 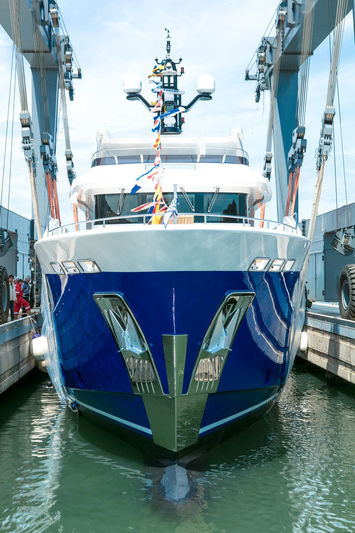 Photo: Cantiere delle Marche
Kaye continues to describe the experience of building Gatto with the Italian yard, stating: “It has been really refreshing working with a team eager to listen and implement our suggestions every time we asked for it. Thanks to this approach, we succeeded in transferring on Gatto our previous experiences of many custom yachts built everywhere in the world. The team at CdM is really up to its reputation: skilled, motivated and always aiming to the best for the yacht and her owner.”

“We have been asked to create classic-contemporary interiors with a soft and relaxing feel throughout,” adds Francesco Guida who took an architectural approach to interiors. “We have created a unique look by designing linear furniture enriched with exquisite burnished metal details while combining natural oak with white lacquered surfaces and glossy ebony details, we gave character to the ambience. We did our best to design interiors that are cohesive to the yacht's exterior lines.” 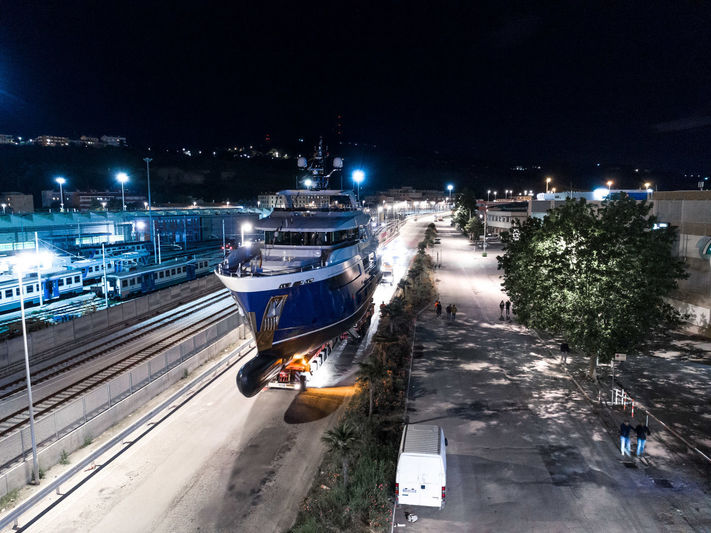 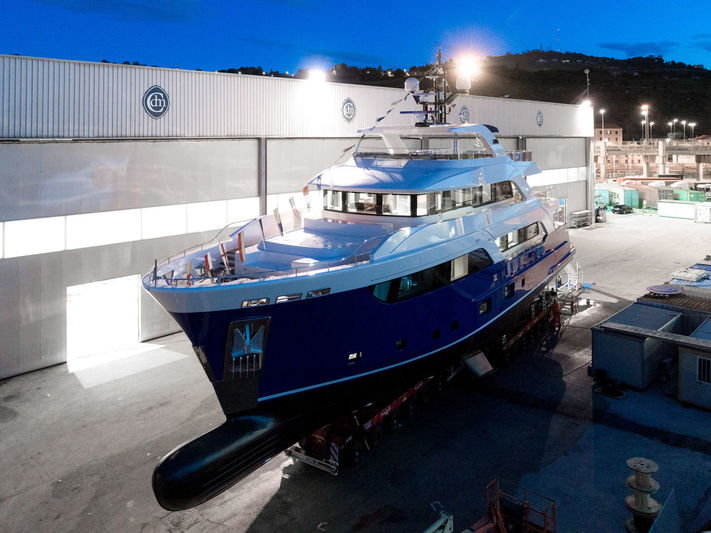 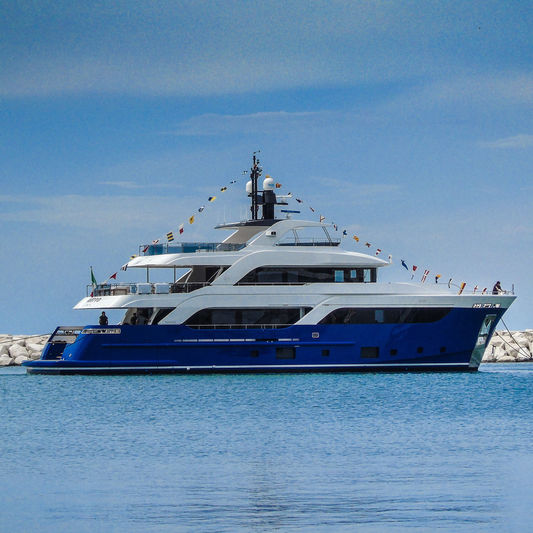