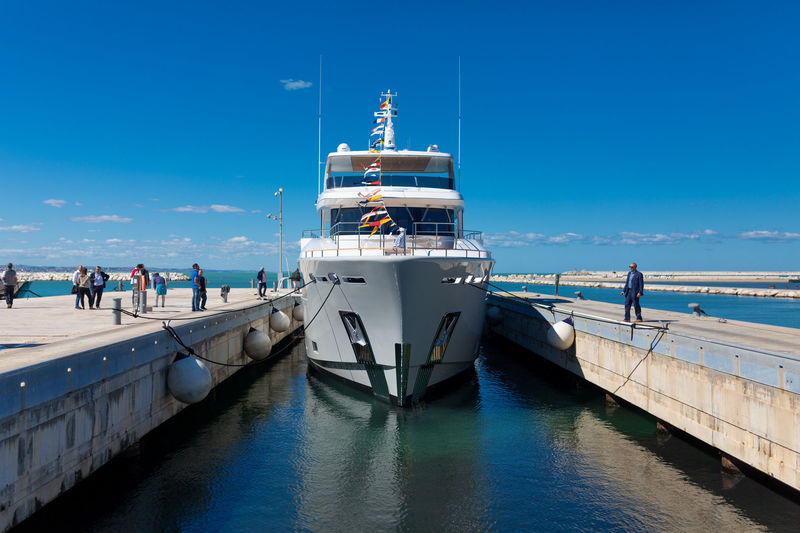 Photo: Cantiere Delle MarcheMarking the first Nauta Air 110 explorer yacht, she features an exterior and interior design by Mario Pedol and Massimo Gino from Nauta Yachts, together with engineering and naval architecture from Hydro Tec. The steel and aluminium yacht, designed to be enjoyed by the owners family offers plenty of space for entertainment and socialising. Spanning three decks, key socialising areas including a large sun deck, a spacious galley, a main saloon as well an upper saloon with a formal dining area. 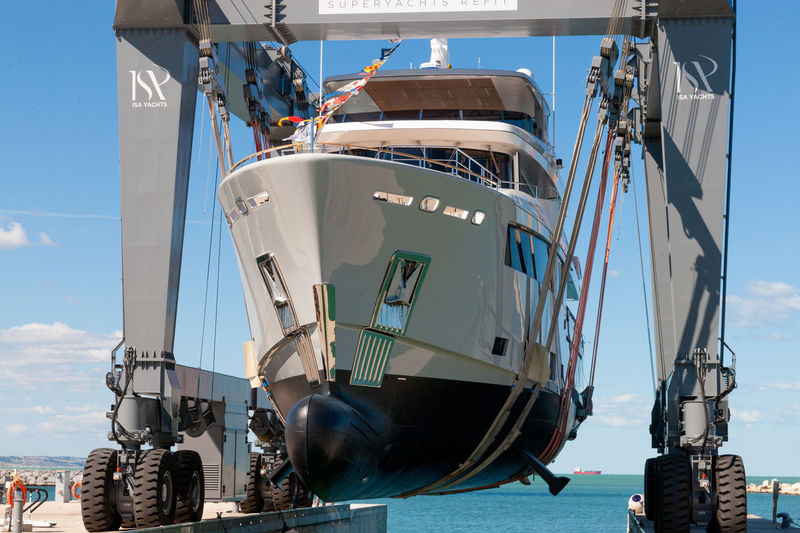 Photo: Cantiere Delle MarcheLarge windows, as well as openings onto stern terraces, ensure the spaces between the exterior and interior flow together. Able to accommodate up to twelve guests onboard, four guest cabins which can welcome up to ten guests can be found on the lower deck amidship. The owners' apartment, on the other hand, is located on the main deck forward. Mimi la Sardine also features three crew cabins can accommodate up to six crew members. 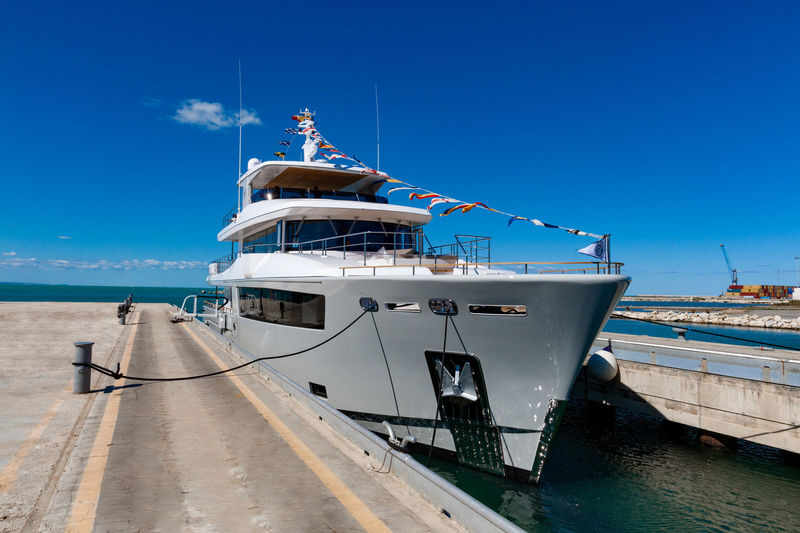 Photo: Cantiere Delle MarcheThe interior design, which was developed together with the owner consists of numerous luxury materials such as natural and weathered oakwood on the decks, Bianco Galizia granite in the bathrooms and Loro Piana fabrics throughout. “Since the first meeting, the Owner has created a Pinterest board where we started sharing ideas and receiving incredibly precise inputs,” says Filippo Bevilacqua, from the Interior Design Department at CdM. “It has been a pleasure working like this and surely another step ahead for everybody both at Nauta and CdM indeed.” 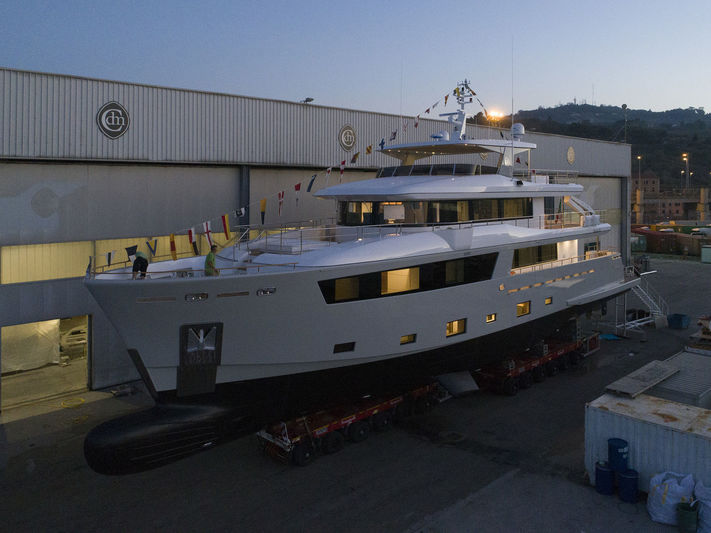 Photo: Cantiere Delle MarcheHer tender can be stored on the upper deck aft and once launched, the area can be used as a large lounging area. “We are thrilled to have this family among our owners,” adds Vasco Buonpensiere, co-founder and Sales and Marketing Director at CdM. “Their incredible eye on design and their approach to navigation and to the life on board make them perfect ambassadors of CdM's soul.”