Cerri Cantieri Navali reports to SuperYachtTimes.com that they have launched the first Cerri’ 102 Flyingsport. This new luxury sport yacht, and flagship of the Cerri range, was launched on schedule at the Marina di Carrara on 11th June. 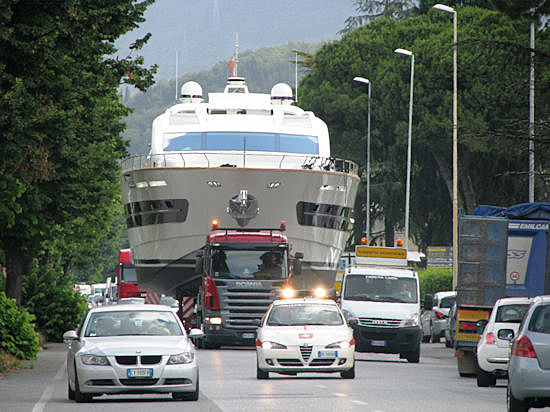 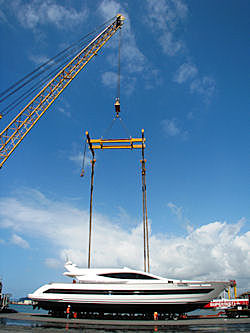 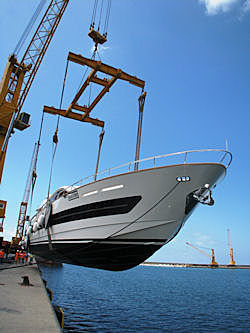 The engine room houses the twin 2,400hp MTU engines, which are coupled to twin Arneson surface drives for a maximum speed of 40 knots and a cruise speed of 30 knots. During the first sea trials, a few days ago, the 102’ motor yacht performed extremely well, reaching a speed of 39.7 knots.

The Cerri 102’ Flying sport will make her public debut at the upcoming Cannes International Yacht Show and will also be on display in Monaco and Genoa.