The Newport Charter Yacht Show has been in existence for 30 years, but the 2012 edition—held June 18-21 at the Newport Yachting Center--marked a new era, with the show now owned and managed for the first time by Newport Harbor Corporation, which last year bought the show from its original owner. The four-day event already had “good bones,” and with a new skin and some meat in places where it previously had been lean, its claim as the only charter show of its kind in the U.S. had measurable meaning. 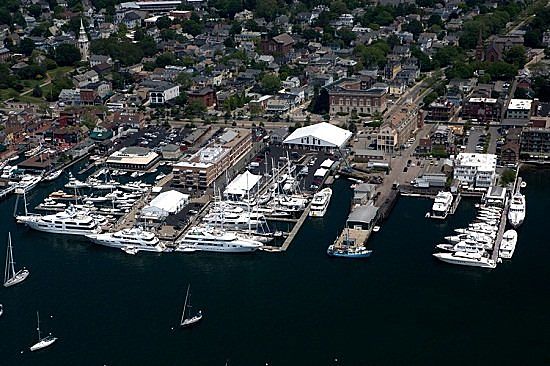 “There were many positive comments about the look and feel of the show and the opportunities for networking,” said Show Director Nancy Piffard, explaining that industry professionals, especially charter brokers, had the most to gain from boarding the 27 participating charter yachts, which ran the gamut from the 43-foot sailing vessel PR Princess, offered by Northstar Yacht Charter, to the 160-foot motoryacht Newvida, offered by Northrop & Johnson. “Our goals for 2013 will be to enrich the land-based functions and double the in-water fleet of yachts by using adjacent facilities to the Newport Yachting Center such as Bannister’s Wharf and 41° North. At the same time, we hope to continue to stand apart by maintaining a more personal, quality experience—for the brokers as well as the skippers and crews--that can’t be replicated at the larger shows such as Monaco and Antigua.”

Yacht broker Alan Bernard, of Rhode Island and Florida, liked that game plan. He took notes on every yacht at the show and got to know the captains and crew more intimately than has been possible at other shows he has attended. “Technically, you could walk this show in a day, but if you did that, you’d miss a whole lot,” he said, adding that many boats he sells are charter boats, and knowing the charter market helps him better advise clients. “If you walk it for four days, however, it’s amazing what you learn.”

Capt. Sean Meagher, a Master 3000GRT who runs Newvida agreed the Newport show “wasn’t as hectic” as the others. “It afforded me a longer time to talk to the charter brokers, and the ones that came aboard I really wanted to talk to,” he said, adding that Newvida has a Marshall Islands homeport and a track record for chartering all over the world but is spending this summer in New England to take advantage of charter grounds that provide opportunities just as rich in things to do and see as the Mediterranean. 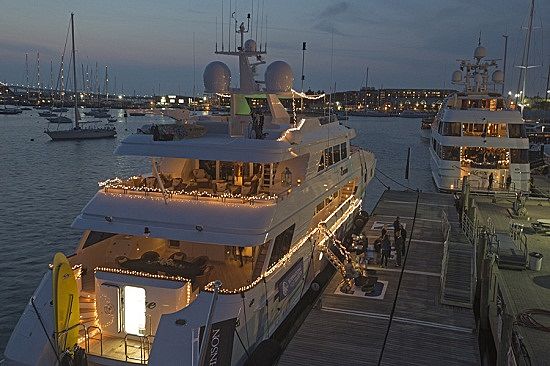 To that point, the Newport Charter Show ran a seminar, one of many, with a “Discover New England” theme, and the American Yacht Charter Association enlisted the Newvida captain (also known as “Captain Amazing” for his ability to pull off even the most daunting of charter requests) at a marketing presentation to present his own unique take on how to feature Newport to charter guests.

“We are not in the service industry so much as we are in show business,” said Capt. Meagher. “The first day of a charter is like opening day of a production on Broadway, and you can’t get a better stage than this.”

In addition to the seminars were a culinary competition and two nights of “yacht hops,” where crew in costumes served delectable hors d’ oeuvres in keeping with each yacht’s chosen theme. And while these counted as traditional nods to what most charter shows are expected to offer, the Newport Charter Yacht Show’s inclusion of YachtAid Global as a charitable partner drove home the message of changing lives, in this case using charter yachts to carry aid to third-world countries. The non-profit organization hosted a cocktail reception aboard the 110-foot Sloop Providence, complete with an aerialist (Nichole Raab), who used as her climbing prop a sky-blue scarf cascading from a yardarm in the tall ship’s 98-foot high rig. The enchanting image she created seemed to say it all: the sky’s the limit, for not only the Newport Charter Yacht Show, which promises an even bigger and better return in 2013, but also the movers and shakers who make the charter world thrive.