After being delivered by Lürssen two months ago to her new owner and embarking on her successful maiden voyage from Bremen to Stavanger, the 136-metre yacht Flying Fox has been listed for charter by Imperial. Now one of the largest superyachts ever available for charter, Flying Fox will have Imperial continue as operational manager after having had the company also manage the construction process. 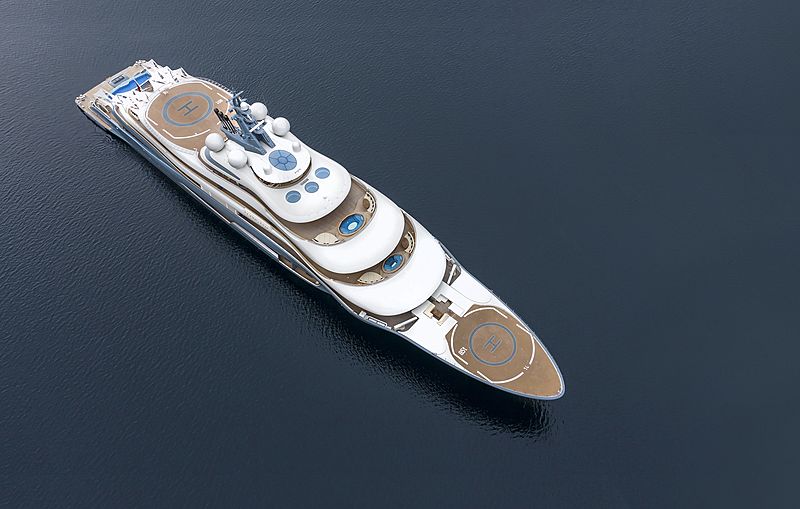 Photo: Imperial YachtsHaving officially entered into service, Flying Fox became the 16th longest vessel in the global superyacht fleet and at 9,100 GT, is the 14th largest yacht in the world in terms of interior volume. Julia Stewart, Imperial Director, commented: “There is nothing like Flying Fox on the charter market, this superyacht is unprecedented and we look forward to marvellous and unique charter journeys on board for the most demanding of guests. It’s a real pride to have been involved in creating such beauty together with our partners and their highly involved teams: Lürssen, Espen Øeino and Mark Berryman.” 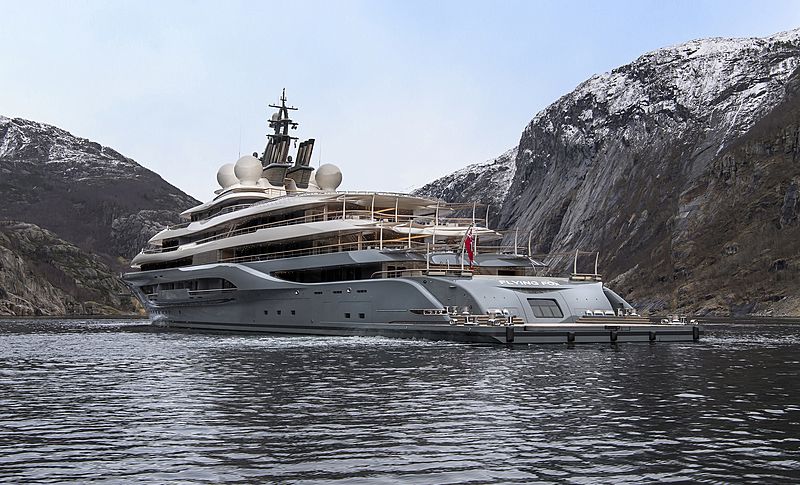 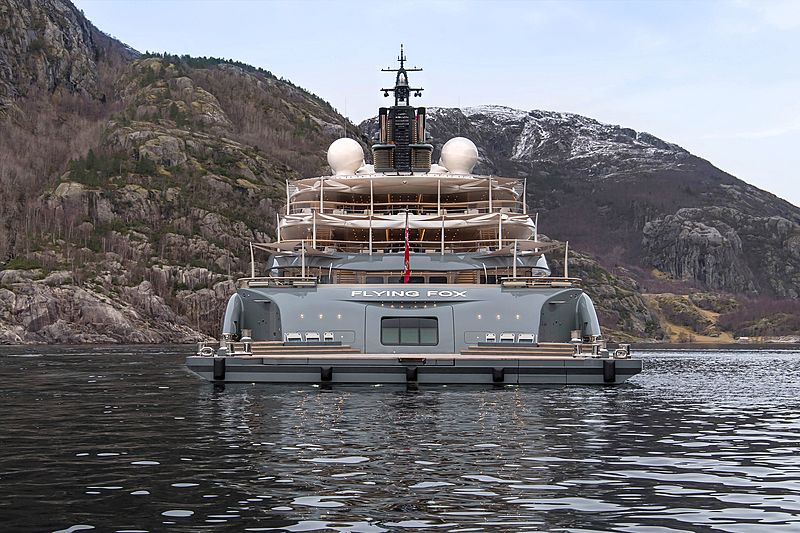 Photo: Imperial YachtsNamed after one of the largest varieties of bat, Flying Fox features a dove grey hull and 22.5-metre beam created by exterior designer Espen Øino. Her large amount of exterior amenities also includes a wide swim platform, a panoramic exterior saloon on the roof deck and a 12-metre swimming pool, which runs transversely on the main deck and is a first for a superyacht of this size. 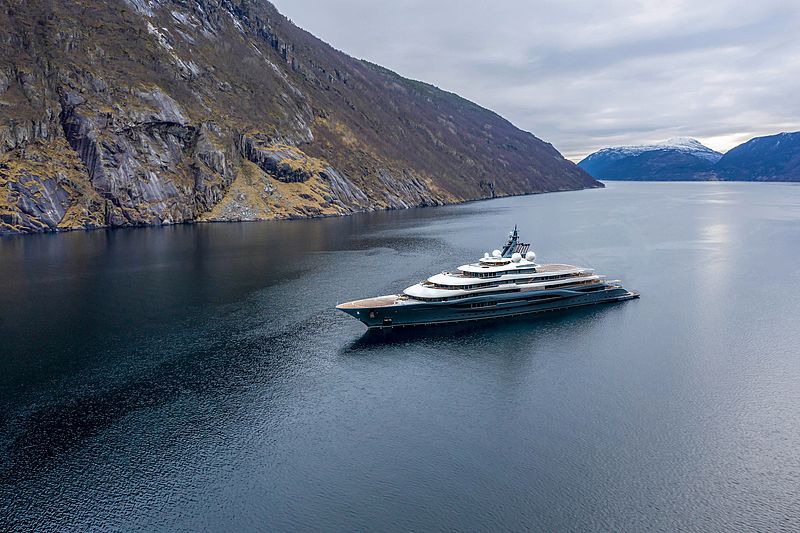 Photo: Imperial YachtsThe PYC compliant superyacht is able to carry up to 54 crew and 22 guests, all of whom can be accommodated for across the 11 staterooms. The superyacht’s interiors and staterooms, designed by UK designer Mark Berryman, consist of a private master suite on the upper deck forward with its own Jacuzzi and 10 well-appointed VIP suites, all with their own private terrace and en-suite bathrooms. On the bridge deck guests can find the main interior area: the large two-floor saloon, wood fireplace, dining table able to seat 22 guests, cinema room with state-of-the-art surround sound system. 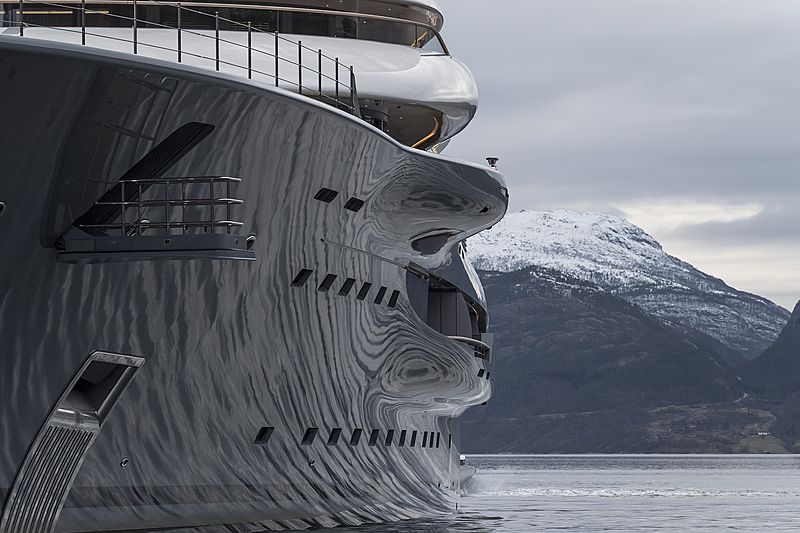 Photo: Imperial YachtsThe first ever 400 square-metre two-floor superyacht spa can be found on Flying Fox, offering guests facilities such as a hammam, sauna, massage area, gym and cryo sauna. On the lower deck, the spa area is connected to the sea lounge which comes with a large Jacuzzi, and access to the sea through the dive centre and sea platforms. 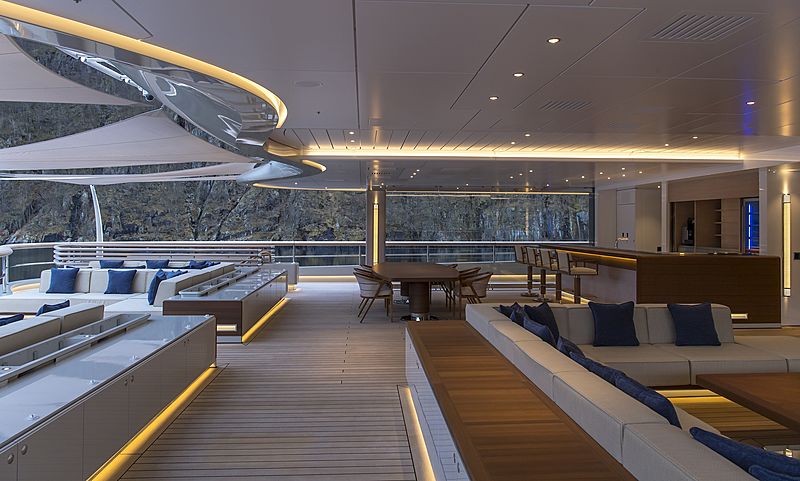 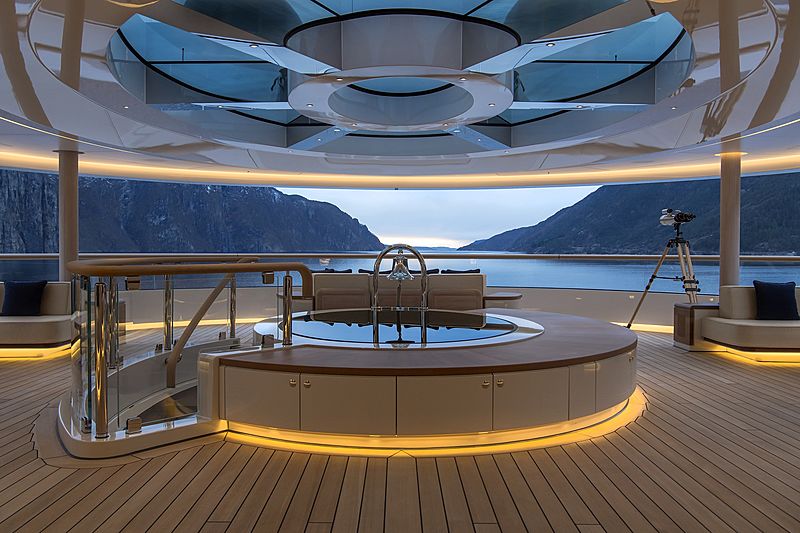 Photo: Imperial YachtsEquipped with nine tenders, including a luxury custom 12.5-metre enclosed Limo tender, an 11-metre open Limo tender, a 9-metre beach landing craft and an 8.5-metre Super Air Nautique Coastal, Flying Fox offers her guests easy access to the water. Her experienced crew can also help those on board with use of the dive and toy store, which comes with jet skis, sea bobs, fly and hover boards. 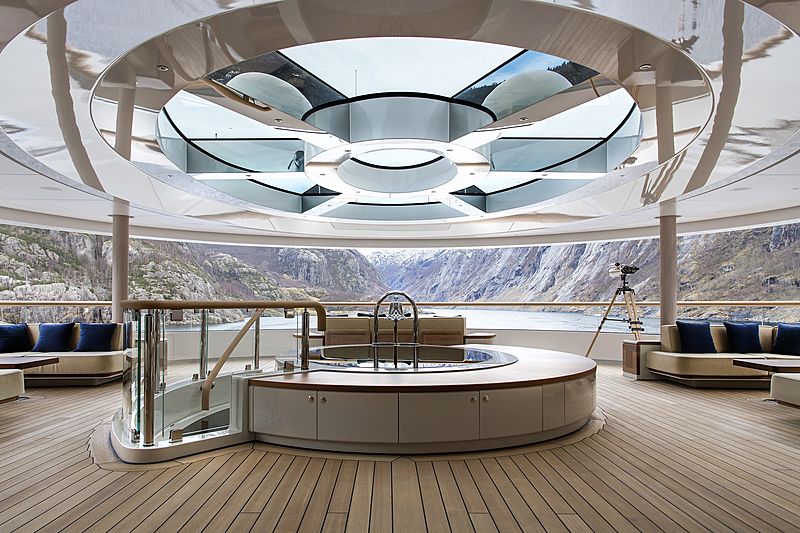 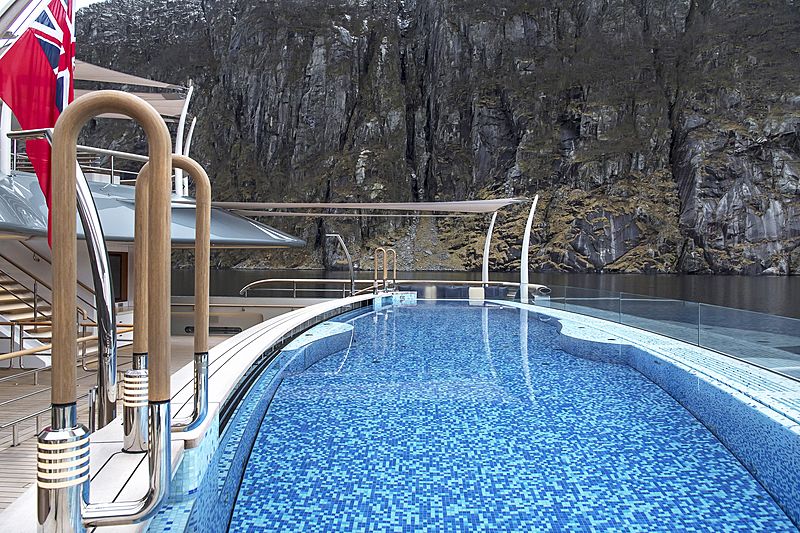