As a professional sailor who has competed in more than one edition of the America’s Cup, the latter of which he entered just before his 50th birthday in 2003, Douglas Rastello isn’t exactly a novice to the maritime industry. Yet life as the owner of a contemporary motor yacht has taken him, a veritable veteran, by surprise. Part of the reason for this might well be due to the fact that he purchased his 36.4-metre motor yacht Preference 19, “on a bit of an impulse.” 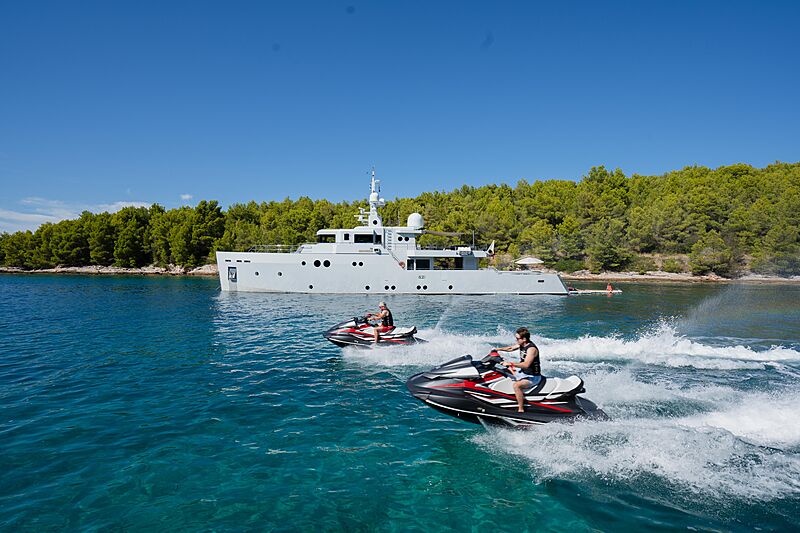 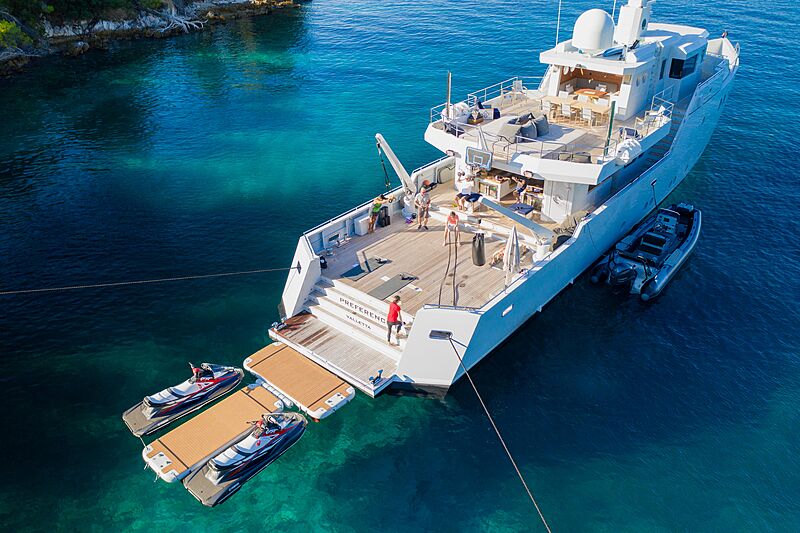 Photo: TWW YachtsAfter visiting Burgundy with his wife Debbie to participate in the infamous wine marathon in 2019, the couple made a detour to peruse the yachts at the Cannes Yachting Festival. With no intention of purchasing a motor yacht, their discovery of Preference, the Tansu yacht’s then-name, took them totally by surprise. The professional yachtsman never imagined he’d become the proud owner of a motor yacht. He runs a J70 programme in the United States and Europe, and sails actively at home, and there is often that sense with sailors that owning a motor yacht is a bit like going over to the dark side. He recalled “it was just one of those things, we weren't looking for a boat, but she just found us.” Expecting to find only ‘layer cake’ motor yachts — his way of describing multi-decked superyachts with extravagant interiors — he was immediately taken by Preference 19’s minimalist explorer aesthetic. It was her “expansive decks, clean cut interiors, teak floors, white walls, black doors” and generally modern design that drew him to the motor yacht. 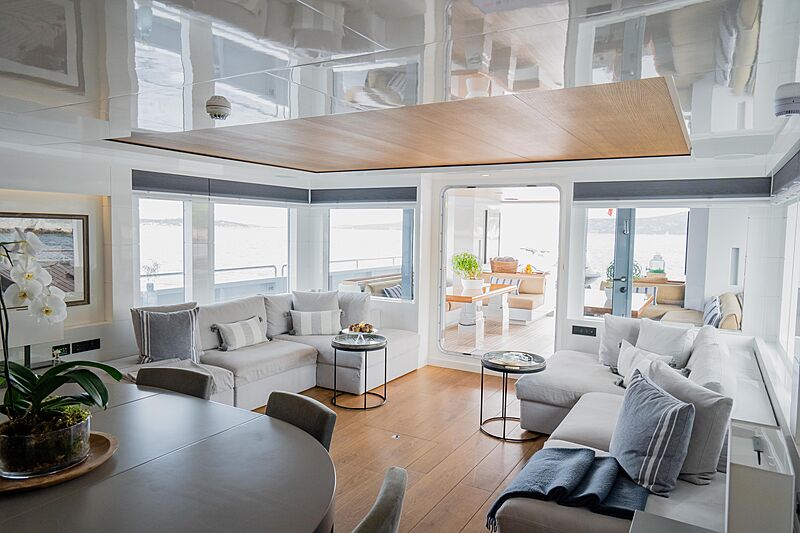 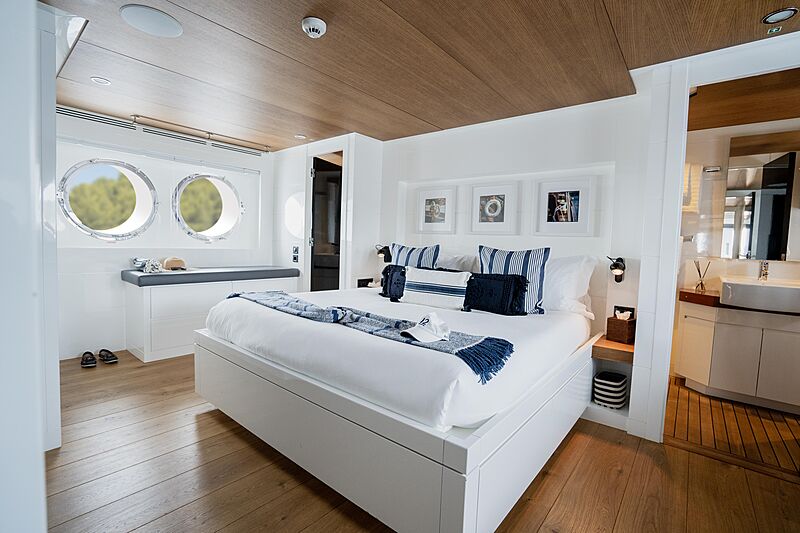 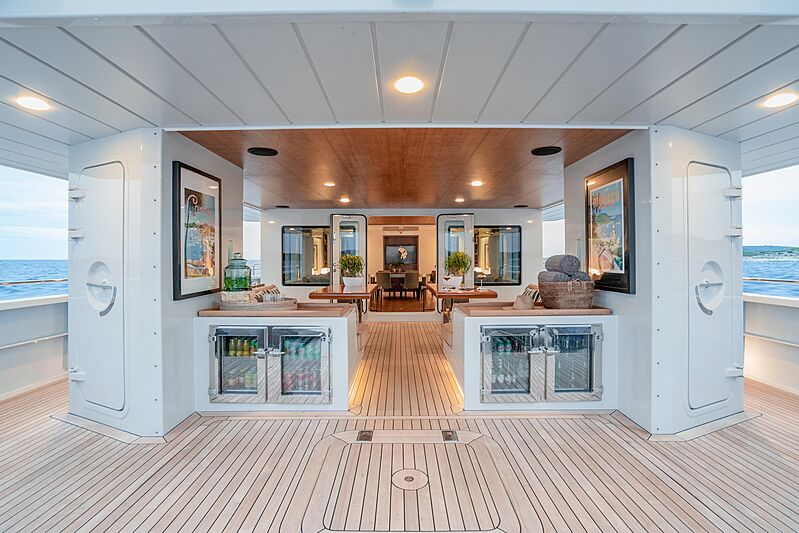 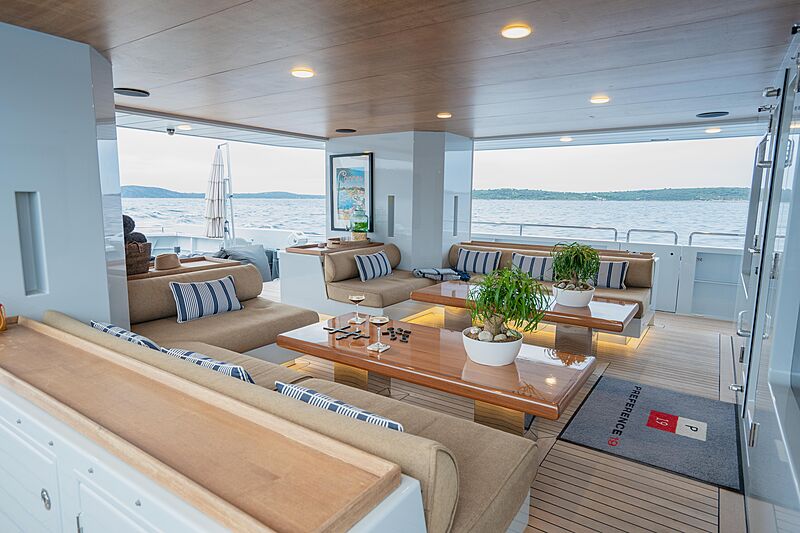 Photo: TWW YachtsWith a family home near the beautiful Lake Tahoe, Doug and his family tend to avoid Europe in the height of summer, and so putting the vessel into the charter trade seemed to be a no-brainer. It took a little time to get her to commercial standard however, and Doug described how much work really goes into preparing a yacht for charter; “the previous owner was really into scuba diving, so he had 12 scuba tanks and about 40 wetsuits and tenders that were specifically made for scuba diving and not made for taking people to dinner. We had to get rid of all of the dive equipment and tenders and buy all brand new water toys!” 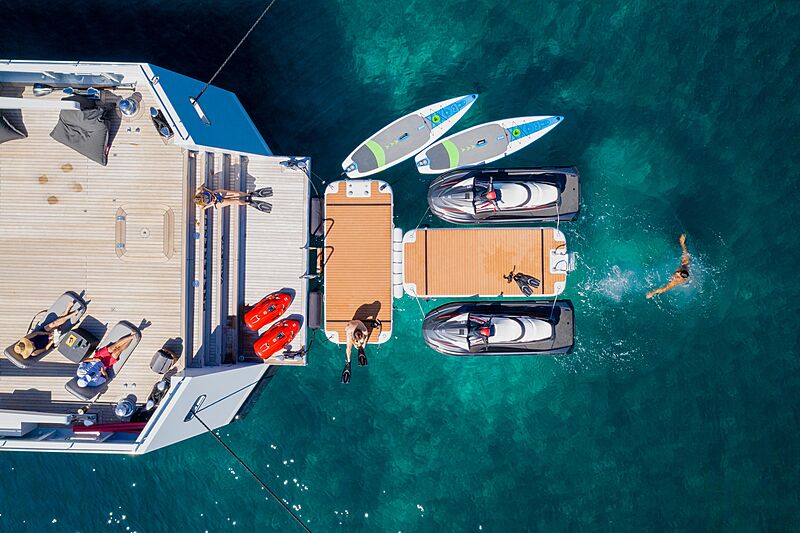 Photo: TWW YachtsLuckily for Doug he has plenty of friends in the industry who could point him in the right direction and help him find the right management team for the job. He noted, “I was also fortunate to engage James and Emma Box as Captain and Chef, who along with TWW, proved instrumental in the conversation. We could not have done without them.” With five or so charters, their first summer was successful for a yacht that had never been chartered before, and even last summer with the Covid-19 restrictions, TWW booked them about the same. When asked how the pandemic had influenced their use of the yacht, Doug was optimistic, “we had plenty of plans that were hard to execute last year, but we did get to Croatia in June and September and Greece in October, and even with cancellations, we had a good charter season in July and August.” Preference 19’s owner was happy to be able to “score the year as a win overall, in a very difficult environment.” 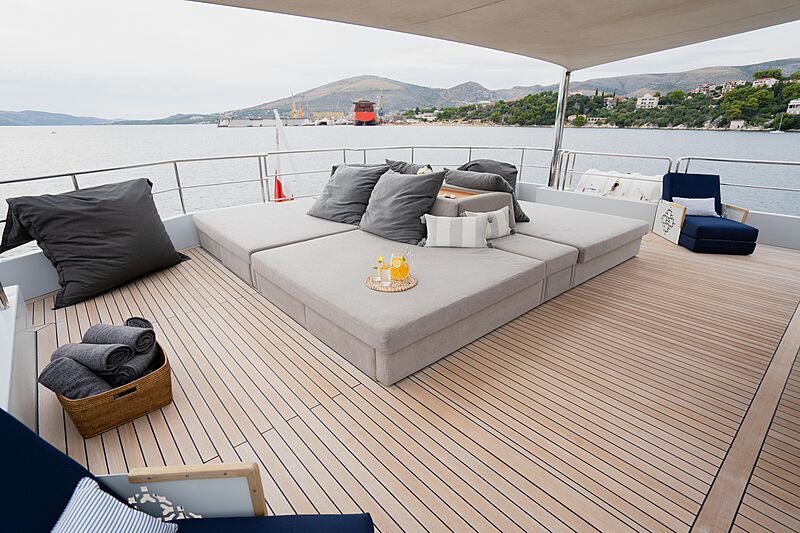 Photo: TWW YachtsWhat really seems to emanate from him the most though, is his enthusiasm and passion for the motor yacht, particularly her expanse of deck that allows him to spend every minute outdoors. When asked how he would describe her explorer-come-luxury motor yacht aesthetic, he concluded that “yeah she has a little bit of explorer in her, but really she is just the ultimate outdoor play toy.” With a mini golf course complete with fish food golf balls, Jet Skis, SeaBobs, a high-dive platform, fitness instructor and more, we can see where he’s coming from. 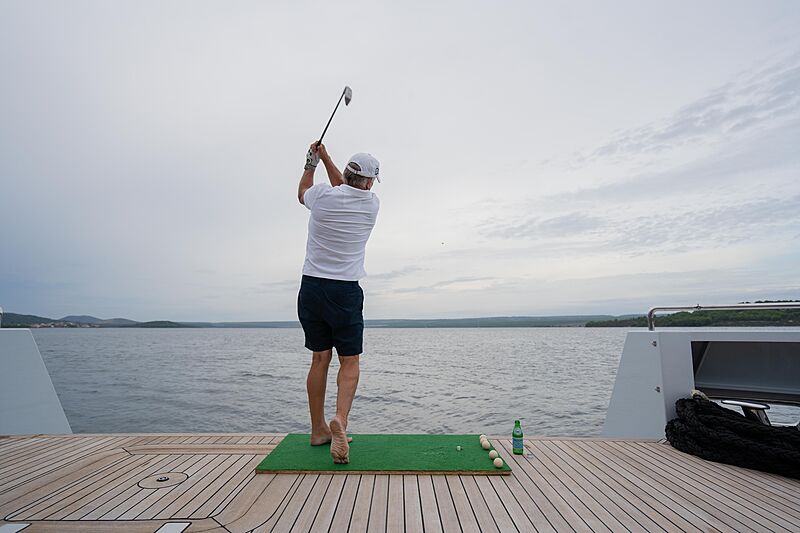 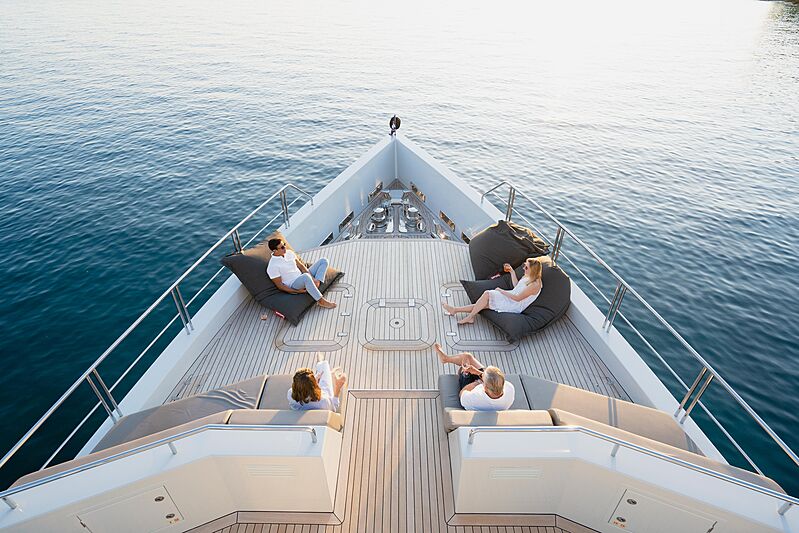 Photo: TWW YachtsCommenting on her interior layout, he noted that though she might not be a one of the largest yachts out there, upscaling won’t give him more potential for successful charter because added length doesn't necessarily equate to more staterooms. Preference 19 already accommodates ten guests between her five staterooms, which suits Doug, and the charter trade, just right. With newly refitted systems and her mechanics overhauled last winter at Seven Stars Shipyard in Pisa, Doug can't wait to get back to his yacht this summer and reap all the fun that life on the water can offer. Though he hasn’t ruled it out in the future, this is one owner that won't be looking to move onto a bigger motor yacht just yet, because for him, Preference 19 really has it all.

The Turkish superyacht Preference 19 in Kastela