Washington-based yacht builder Christensen Shipyards have announced a new Interim President to oversee the initial stages of the company’s revival following a forced closure last year. Jim Gilbert, founding editor-in-chief and former President of ShowBoats International magazine, will work to get the company back on track as production at the yard has continued at full speed. 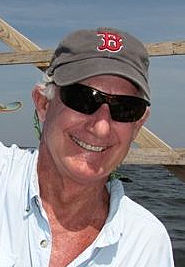 The company’s chairman, Henry Luken, announced the appointment. Luken has been a shareholder within the company since the mid 1990’s and a long time Christensen owner himself. He was a shareholder in ShowMedia LLC, the holding company of ShowBoats International, where his business relationship with Gilbert started.

Gilbert comments: “I was upset last year to learn of Christensen’s financial turmoil, which was not due to a lack of quality or perceived value of the yard’s production, but simply a matter of poor management. I’ve known Dave Christensen for more than 20 years. His unique vision of a yacht owner building the finest, most user-friendly yachts in the industry for other owners is as valid today as it was when he first started building boats back in the early 1980s. Henry and his partner want to refine and expand this heritage, and I’m honoured they have asked me to help them lay the groundwork for turning Christensen into the most progressive, innovative, and owner-friendly yacht builder in the world.”