Vancouver based shipyard Christensen has been acquired by a Tennessee businessman, Henry Luke, according to local Vancouver news site columbian.com. Luke, who already owned 50 percent of the company’s shares, has been approved as the buyer of all of the company’s assests. This includes $5.5 million of tangible and intangible assess as well as machinery, computer software to trademarks and contracts for the construction of several hulls to WIT Washington. 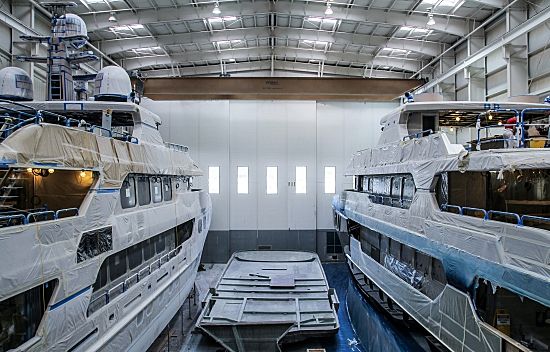 The company used to be controlled by a board of directors consisting of Luken, Joe Foggia, the company’s former president, and David Christensen, the company’s founder. Luke commented, “We intend to operate the yard here as always,” but clearly has plans to assert change at the new Christensen. The company currently employs 90 people but Luke has plans to increase the workforce over time to “about 140 or 150”.

Luke has in the past been involved in the broadcast television and real estate markets. Luke said he’s been closely involved in the design of yachts and knows how to pilot them. During a visit to Vancouver to close the deal, he commented, “And now I get to make the decisions and pay for them.”

The purchase will also see the completion of hulls 36, 38 and 40. Luken ultimately looks forward to operating two shipyards; Christensen in Vancouver, and another yard in Vonore, Tennessee. He foresees the Vancouver yard to build slightly smaller yachts than the regular 164ft vessels it has been producing.

Luken is clearly motivated regarding his new leadership at the yard and said, “I think we can make money here. I think we can make as good a product than ever came out of here. If anything, we’ll make boats better than they were before."